Bears vs. Ravens: 5 takeaways at halftime 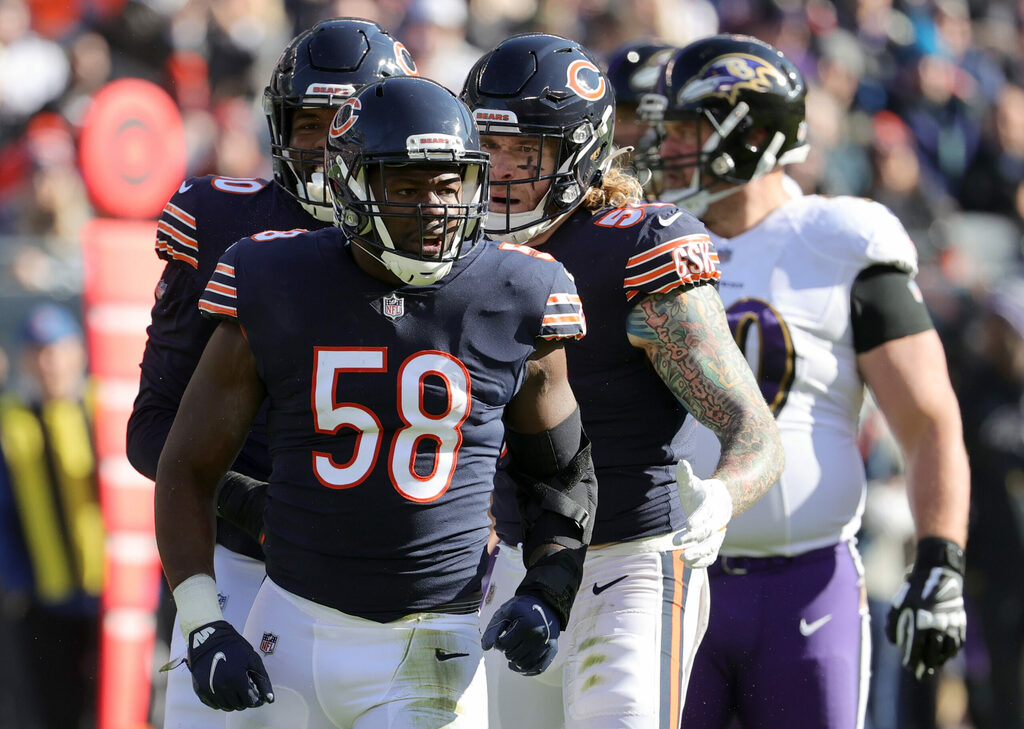 It’s been an ugly first half of football for the Chicago Bears, who trail the Baltimore Ravens 6-0 at halftime. Although, to be fair, it could be much worse.

Linebacker Roquan Smith and edge rusher Robert Quinn have come to play for the Bears defense, while Chicago’s offense failed to make any sort of progress from an impressive fourth quarter against the Steelers in Week 9.

But this game is far from over. The Bears receive the kickoff to open the second half, and a touchdown would give them the lead. But the offense is going to need to clean things up if that’s the case.

Here’s what we learned from the first half of Bears-Ravens: