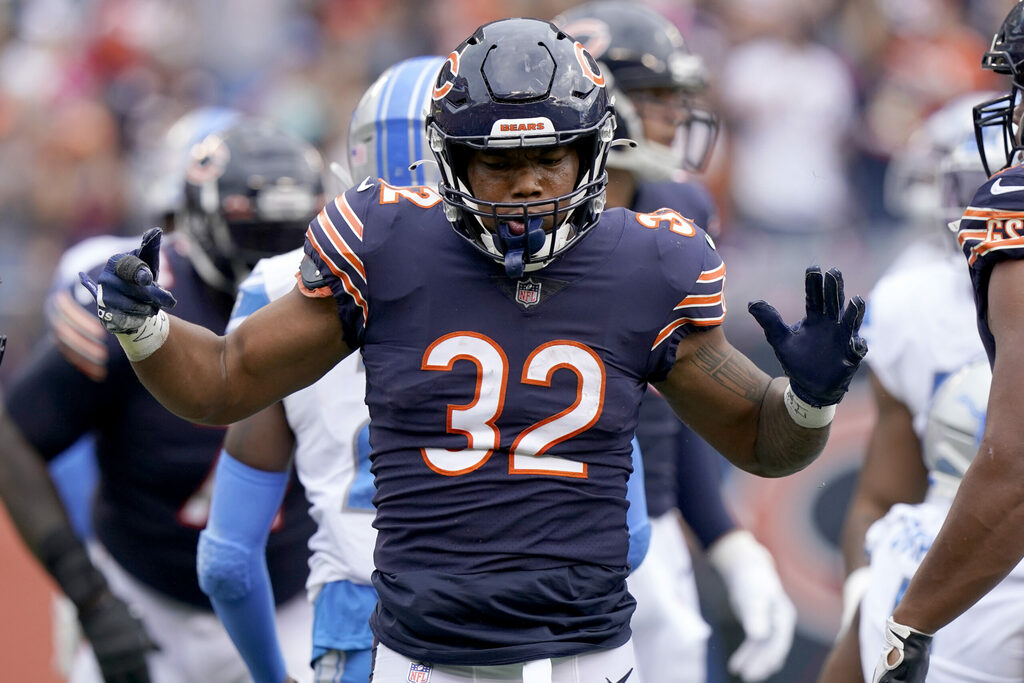 Montgomery suffered a knee sprain in last Sunday’s win over the Detroit Lions, where he’s expected to be sidelined 3-5 weeks, according to NFL Network’s Ian Rapoport.

Linebacker Danny Trevathan has been activated off IR following a four-week hiatus with a knee injury. Alec Ogletree has been filling in for Trevathan opposite Roquan Smith, and he did a solid job of it. It wouldn’t be a surprise to see Ogletree continue to start opposite Smith given his performance in the first four weeks.

The #Bears placed RB David Montgomery on IR and activated LB Danny Trevathan. DT Akiem Hicks has been downgraded to out. … As for Montgomery, 3-5 weeks is his window to return.

Defensive tackle Akiem Hicks has been downgraded to out for Sunday’s game against the Raiders. Hicks suffered a groin injury on his first play in last Sunday’s win against Detroit.

The Bears elevated running back Ryan Nall to the 53-man roster from the practice squad, where he’ll serve as depth for running backs Damien Williams and Khalil Herbert.