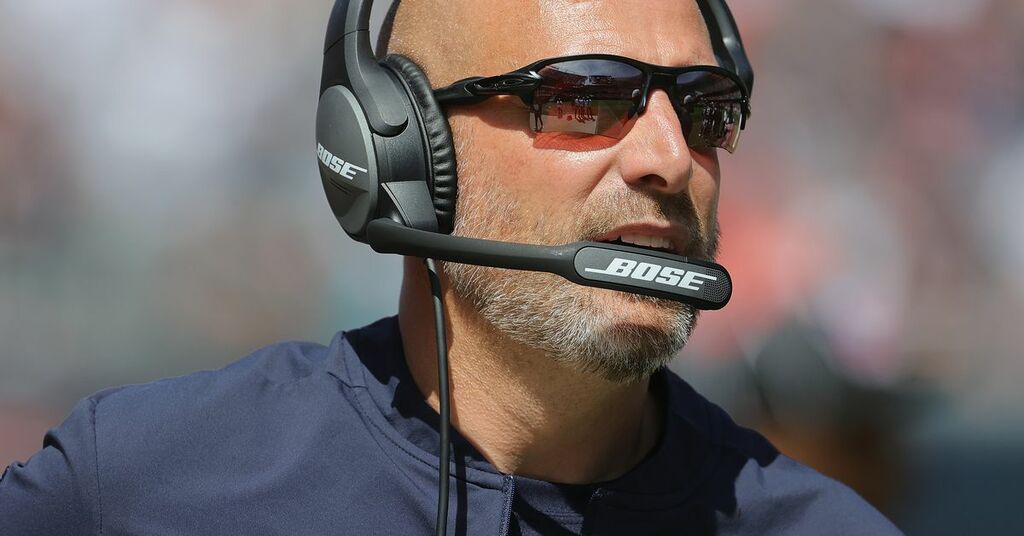 Which coach had this to say after a recent loss?

“We didn’t have many players that showed up tonight.’’

Surely it was Bears coach Matt Nagy, whose team inspired no one in a 34-14 loss to the Rams on Sunday night and whose players were there in name only. Surely Nagy had to be so frustrated by his team’s performance in the season opener that he wanted to let the world know of his dissatisfaction.

Actually, Nagy was the one who said a day after the Rams loss, “We like where our offense is at.’’

The man publicly annoyed with his players’ effort was Sky coach and general manager James Wade. His team had just lost to the Mystics, putting its No. 6 seed in the upcoming WNBA playoffs at risk. Wade apparently hasn’t gotten the memo specifying that a coach’s job is to con the public and not hurt his players’ feelings.

I’d like to think that somehow, perhaps after several intense counseling sessions, Sky players will vote to put their damaged psyches aside and attempt to step on the court for their next game. Or, maybe, just maybe, they’ll understand that their coach is simply trying to get the best out of them.

As for Bears players, their self-esteem couldn’t be higher, thanks to Nagy’s sweet nothings. Worries for an offense that can’t seem to complete a pass longer than 10 yards? What worries!

We, the consumer, are not idiots. Bears players aren’t idiots, either, despite two defensive backs on Sunday forgetting to touch a fallen Rams receiver, who then got up and scored a touchdown. But Nagy keeps happy-talking all of us — media, fans and players — even as the unhappy truth is staring a hole through our foreheads.

This is an allergic reaction to the three years of nonsense coming out of the coach’s mouth.

I used to think Nagy’s window dressing was his Mitch Trubisky defense system at work, the coach hoping to shield a sensitive and overmatched quarterback from heavy mortar fire. Trubisky would have a bad game, and Nagy would use subsequent press conferences to compliment the kid’s film-study work, his practice habits, his personal hygiene, anything. But it wasn’t just his quarterback he wanted to protect. Every blundering player and every unfortunate result received the same cheery evaluation.

It’s become so normal for coaches to sugarcoat everything that a sort of mass numbing occurs. That’s their goal. Stupefied fans swallow the silliness, and coaches whose No. 1 goal in life is keeping their job smile to themselves.

That’s why Wade’s recent comments were so refreshing. Besides being frustrated with his team’s effort the other day, perhaps he saw an opportunity to motivate his team via his displeasure. Somewhere along the way, that approach became a no-no in the coaching world. Don’t lose the locker room, they’re told. You don’t want to lose a regular paycheck, they’re told. So they play it nice and safe.

When coaches come up with a slogan, you need a crowbar to remove it from their motivational toolboxes. For several years, Nagy’s advice to himself and his players has been to “Be You.’’ Two things: That approach hasn’t worked. And it’s OK to be something you’re not once in a while to shake things up.

Nagy and general manager Ryan Pace love to gush about the franchise’s culture, but they’re not so big on accountability when things go wrong. The error in their thinking is the idea that public honesty is a bad thing. No one is telling Nagy to be a jerk. No one is telling him to roll up a newspaper and bop the family dog’s nose in front of everyone. We’re telling him that truth isn’t the enemy and, more, that it might even be a good thing for his players. If he had said to reporters after the Rams game, “We were terrible on defense,’’ no one would have argued and not one of his players would have been reduced to a puddle of tears.

Here was Bears safety Tashaun Gipson telling it like it is the other day: “Sometimes the film isn’t as bad as you thought. Today was.”

I’m guessing he and his teammates survived the truth of the Rams tape. And I’m guessing that they’d not only survive public honesty from Nagy, they’d put it to good use. His see-no-evil approach to press conferences has been a failure.

If he ever took the time to self-scout, he’d know this.