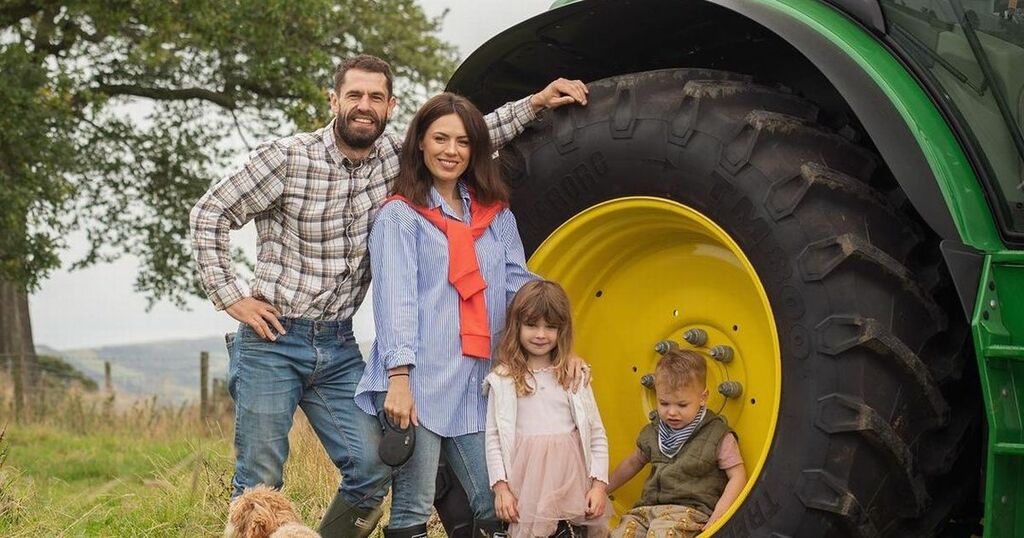 It's only a matter of days before fans will be able to watch Kelvin Fletcher getting down and dirty on his own farm in brand new BBC documentary Kelvin's Big Farming Adventure and the series kicks off with a stomach-churning start.

Former Strictly winner Kelvin spent most of his career in the most famous fictional farming area in Britain, playing Andy Sugden in ITV's Emmerdale for two decades.

And now he’s trying it out for real after buying a 120-acre 18th-century farm in Derbyshire's Peak District.

Turning his back on his former life, Kelvin, 37, his wife Liz, and their two young children Marnie and Milo will decamp to the countryside and turn their hands to a whole new way of life.

And the best part is the former soap star has absolutely zero farming experience, viewers will see Kelvin go through what can only be described as a baptism of fire as he attempts to find ways to make it pay.

On the first episode, airing on Monday, January 17, we will see Kelvin question whether he has made the right decision in buying the farm.

The family are a month into their new life in the country as they attempt to bring the farm back to its former working glory, the jobs list is mounting and with their lack of experience so are their stress levels.

Thankfully, for them, they are able to get some expert advice in the form of their no-nonsense next-door and sheep farmer neighbour, Gilly.

Before investing in their own livestock, Kelvin and Liz get some hands-on experience with Gilly’s flock of sheep, but the harsh realities of animal husbandry soon hit home.

The sight of a sheep’s maggot-infested foot is too much for Kelvin to bear and he starts to wonder if this new life really is for him.

Kelvin's stomach is apparently not as strong as his Samba as he struggles with sheep foot rot, and farmer Gilly asks Kelvin 'are you going to faint' as he attempts to scrape out putrid blood and maggots.

Kelvin confesses he 'hates maggots' and 'it's the reason why he's 'never fancied fishing', as Gilly brands him a 'blinking wuss'.

Fans can expect to see this and more hilarious scenes as the TV star and his family take on their biggest challenge yet.

Kelvin’s Big Farming Adventure starts on BBC One on Monday, 17th January at 8.30pm and on catch up via the BBC iPlayer.