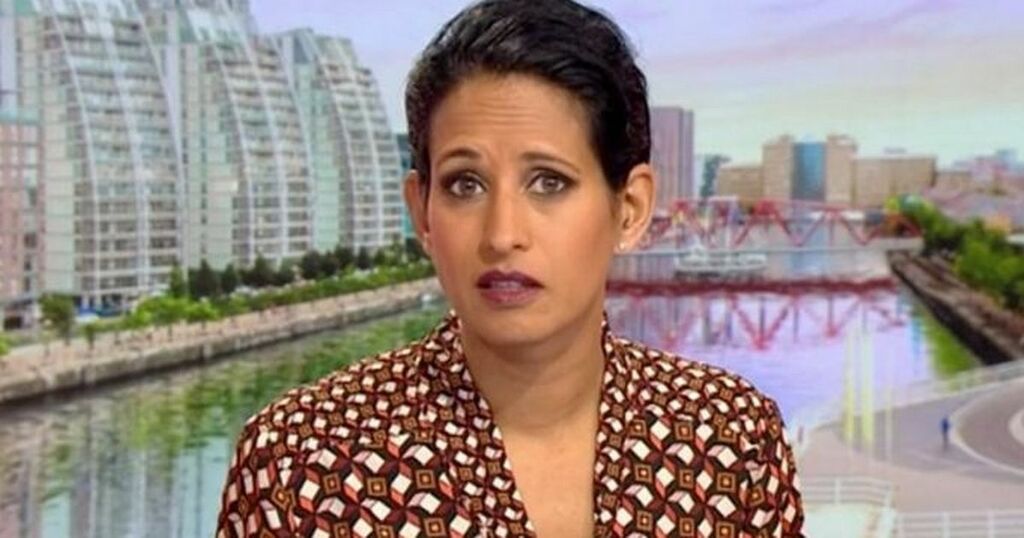 Naga Munchetty was reduced to tears on Radio 5 Live after a listener shared the story of her dad's death.

The BBC Breakfast host, 46, who also presents the radio show, was introduced to a listener named Cath, who explained the heartbreaking story of losing her dad, Roger, during the height of the pandemic in May 2020.

During that time, strict coronavirus rules were in place, and the UK was in a full lockdown.

However, Prime Minister Boris Johnson hosted "socially distanced drinks" with Downing Street staff on May 20 - which he admitted to attending today during PMQs - while the country had been in lockdown for 58 days, meaning no-one was allowed to visit family members, even if they were ill at the time.

Speaking on her show about the scandal involving the Prime Minister, Naga invited Cath onto the call to share her devastating story.

She said: "What would you like to hear from Boris Johnson today, because you're talking to me with the experience of your father passing away in 2020, which I'm very sorry for."

Cath told the host: "I think, just a bit of honesty really. I think this has rumbled on [for] far too long and I'd just like to know what went on really.

"The reason I phoned the show was because I've got - possibly an unpopular opinion - around the fact that when the particular party happened in May, I wasn't able to see my father and he was wasting away from cancer."

She continued: "I did break the rules. I went to see him on Father's Day and he was just over seven stone."

Naga asked: "So he was very, very poorly. I'm assuming he was getting palliative care at that point? He lost a hell of a lot of weight."

Cath told the presenter her father was on his own at home, and was dangerously ill, weighing just seven stone at over six foot.

She said she would visit him as she lived half an hour away from him, but explained the strict rules made it difficult for her to see him.

Naga said: "He's the Prime Minister, he told us what to do. If the person telling us what to do doesn't follow the rules, should he be held to a higher account?"

In response, Naga, who was in tears by this point, sobbed: "You have amazing grace, Cath. I'm sorry, I don't mean to get emotional. I'm so sorry for the pain. You really have such grace. Thank you for talking to me today. I wish you and your family well."