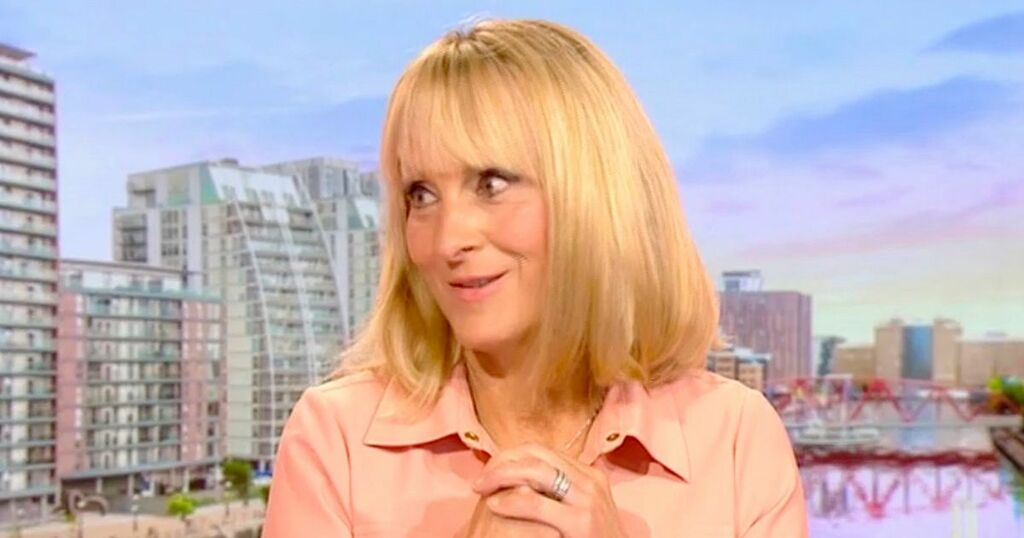 Louise Minchin was left speechless on Wednesday morning’s instalment of BBC Breakfast as her long-running team blindfolded her and surprised her with a leaving party.

After 20 years on the famous red sofa, Louise is leaving the show today.

But before she departed for good, her co-star Dan Walker, along with the show’s wider team, made sure that Louise went out with a bang.

The 53-year-old was taken out of the show’s studio for the last time and outside onto the Media City piazza where more surprises were planned.

The BBC Breakfast's wider team were all waiting for the star to take off her blindfold so she could see them all wearing masks were her face on it.

Louise was also treated to a lengthy video full of famous faces and fans sharing their well wishes and thanking the much-loved star for her contribution over the past two decades.

It didn't stop there, as a live brass band gave her a final send-off.

On her very last day in studio, Louise thanked BBC Breakfast’s viewers who have been there for her from the very start.

The emotional TV star said: "There's so many things to say, but first of all it's the people, it's the people who watch, thank you all so much for your huge support, particularly over the last two years.

"It's been really tough and I've felt we're all part of a story together, a shared history and it's been amazing to be here.

"There are so many messages and I'm kind of embarrassed and humbled and tearful when I read them, but there's that sense that some people have literally grown up watching me and I feel really privileged to have been in that position and to have worked here all those years.

"There have been tough days and tough stories, but it's been amazing and I'm really genuinely touched by all those things people have said and it's a bit embarrassing."

Louise first joined the BBC in 2001 as a freelance presenter and journalist.

After becoming a hugely popular personality with viewers, Louise replaced Sian Williams, who left when the show moved to Salford in 2014.

Speaking about her decision to leave earlier this week she told the Mirror it was a combination of wanting more family time and also wanting to not get up early in the gloom of winter for another year.

She said: “This has been a decision a long time in coming. It involved lots of in depth discussion with friends and family.

“My children are pleased for us as a family I think, because I always used to say to them, 'Oh, do you remember before I did BBC Breakfast?'

“And they'd say, 'Not really.' And then I realised that actually, my daughters are 20 and 17, so of course they don't remember life before BBC Breakfast.

“I've not taken my daughters to school every single day for their schooling life, so I am looking forward to doing more school runs.

The long-serving presenter announced her exit with an emotional statement live on air back in June.

Louise told viewers that she’s looking forward to the next chapter and new challenges in her life.

“Let me take a deep breath, everybody there is something I want to tell you about,” the emotional star shared.

“It will be this year 20 years since I first presented this programme.

“It’s not going to be for a while,” she continued.

“But before anything else, I wanted to thank everybody who is watching for your loyalty and support over all these years.

Although Louise’s replacement is yet to be confirmed, there are some huge names in the pipeline.

Sally Nugent is currently tipped to fill Louise’s boots after she previously filled in for the presenter for a number of weeks last year.

* BBC Breakfast airs on BBC One from 6am