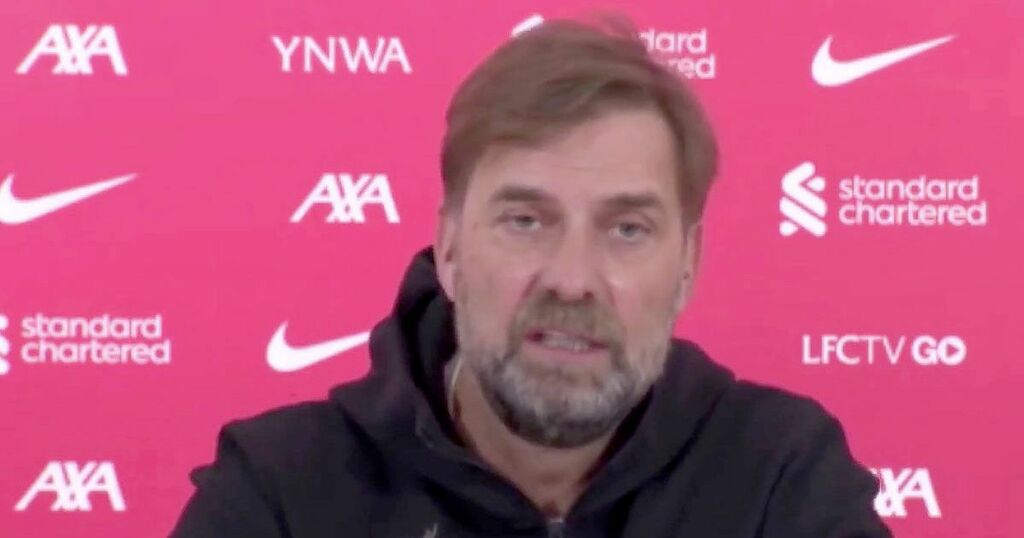 The German admits he has been approached by Bayern Munich on several occasions.

The Independent UK
What time and TV Channel is Liverpool v Chelsea in the FA Cup final on today?

Jurgen Klopp says he wouldn’t swap his Liverpool job for any other as he revealed turning down several approaches from Bayern Munich to remain at Anfield.

Klopp, who has been in charge of the Reds since October 2015, last month put pen to paper on a new contract that extends his commitment to the club to 2026.

The Liverpool boss will lead his team out at Wembley on Saturday as they aim to complete a domestic cup final double against Chelsea in the FA Cup final. Despite still being in the running for an unprecedented quadruple, there is still a chance the Reds will have only the League Cup to show for a campaign that has so far seen them lose just three times in 59 games.

Klopp, though, doesn’t believe he would be better served managing elsewhere, and confirmed he has been approached on more than one occasion by Bayern during his time at Anfield.

“Which club should I go to to have a different situation? Tell me,” said the Reds boss. “The only thing I could do is ask Pep (Guardiola) if he is sick of all that winning and I take over at (Manchester) City. Is that the idea? That wouldn't work, I don't want to do it.

“I could have gone to Bayern a few times, I could have won more titles in my life, pretty sure I would say – a good chance at least. I didn't do it. I had a contract here and I never did it. That's completely fine.

“The world is not full of winners, the world is full of triers hopefully. And I try and sometimes I win with some other people together. I am happy with that. I am not always positive, give me a second and I will find a reason for optimism, that's probably true, but that's it."

Klopp added: “This club went through incredibly tough periods and always hit back and if people can't appreciate the time we are in or the team they have I would really feel for them because it's fantastic what the boys do.

“If you saw the Aston Villa game (on Tuesday), the situation we are in, you could write books about the resilience of these boys. 1-0 down, everything looks like 'Ah, this time'. But no. We are three points away (from City at the top of the Premier League) and seven goals. We will try. We cannot do more and I can enjoy that – if people can't I cannot change that."

Klopp will be aiming for a third successive win at Wembley having lost five of his previous six competitive visits to the national stadium. And when reminded of his recent improved record, he said: “Yeah. I like the place! I always liked it, it’s just how I said my experiences before were not positive, but it was not about the place, no.

“The atmosphere at the Carabao Cup final was absolutely insane. Absolutely. I really, really loved it. I said after the game I saw no difference from any kind of Champions League final, you saw in this moment what it meant to people.

“The prize was so special then as well. People might say ‘yeah, it’s the Carabao Cup’ and stuff like this. It meant everything to everybody in the stadium. That’s how we felt after we won it. Then we played City in the stadium, a top-class performance and top-class atmosphere as well. So yeah, a good place to go.”

Fabinho will be absent for Liverpool at Wembley due to the hamstring strain he suffered at Villa Park on Tuesday, with Jordan Henderson likely to replace him. Andy Robertson is poised to return at left-back after being rested in midweek, while Mohamed Salah and Thiago Alcantara are likely to be back in the starting line-up having been benched.

Klopp, though, has to decide between Joel Matip - who hasn't kicked a ball in the FA Cup this season - and Ibrahima Konate to partner Virgil van Dijk at centre-back.

The German admits he has been approached by Bayern Munich on several occasions.

The Independent UK
What time and TV Channel is Liverpool v Chelsea in the FA Cup final on today?