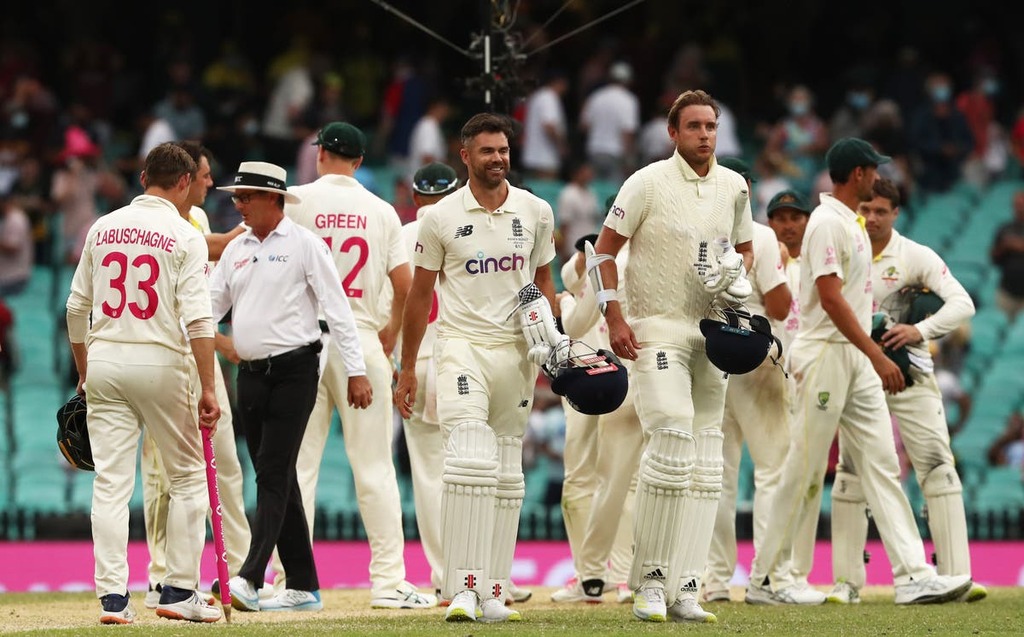 England survived by the skin of their teeth to snatch a draw in the fourth Ashes Test in Sydney denying their rivals the chance to stay on course for a 5-0 clean sweep.

A tense final day of brave resistance and frequent changes in momentum ended with England’s last wicket pairing of Stuart Broad and James Anderson facing the music together.

They held on, with Anderson’s first six balls of the innings also representing the final six of the match as the tourists scraped their way to 270 for nine.

While Anderson was probably coping with his share of nervous tension, circumstances dictated he at least had to keep his eye on the ball as it came down from 22 yards away. Ben Stokes was in a different position entirely and wore his heart on his sleeve as he struggled to even look at the drama unfolding in front of him.

Pick of the pics

After 126 Test matches side by side, 39-year-old Anderson and 35-year-old Broad know they do not have many more chances to make memories together. It was fitting that they were at the coalface as England rescued their first result of the tour.

Another Sydney sickener for Australia

For the second year in a row, Australia were unable to finish off an opponent on day five at the SCG. In the 2021 New Year Test it was India who stuck it out at the end, reaching 334 for five. They got closer this time, but once again they fell at the line while pushing for victory in New South Wales.