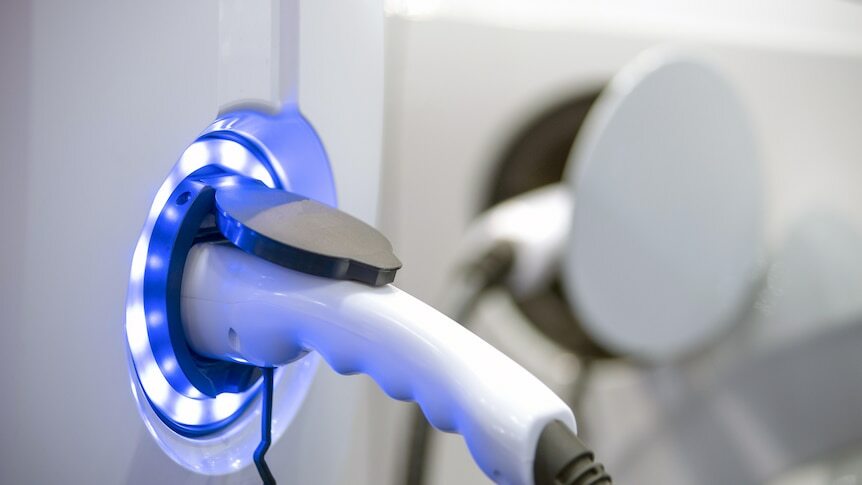 Australian researchers say they've opened the path to a new generation of batteries that could allow an electric vehicle to drive from Melbourne to Sydney on a single charge.

And the crucial ingredient was a spoonful of sugar.

Electric vehicles (EVs), mobile phones and other consumer electronics mostly use lithium-ion batteries that were commercialised in the 1990s.

They're made using toxic and exotic materials such as cobalt, nickel and manganese that are in increasingly short supply around the world.

Fortunately, there is an alternative; lithium-sulfur batteries use cheaper, more abundant materials and are able to store two to five times more energy per kilogram than lithium-ion ones.

But there's a hitch — they degrade rapidly through the process of being recharged.

Now a team from Monash University say they've found a way of making lithium-sulfur batteries that are robust enough to be recharged 1,000 times.

Their research was published this week in the journal Nature Communications.

In addition to this, they say the batteries cost significantly less to make than lithium-ion equivalents.

Here's how they work.

In a lithium-sulfur battery, energy is stored when positively charged lithium ions are absorbed by an electrode made of sulfur particles.

The electrode swells up to almost double its size when it is fully charged, then shrinks as it's discharged.

The expansion and contraction caused by the cycle of charging and recharging weakens and distorts the electrode; this is the first reason why the battery's performance decays very quickly.

The second reason is what's known as the "polysulfide shuttle" problem.

When lithium ions are absorbed by the sulfur electrode, they react to form lithium-containing sulfur compounds known as polysulfides.

This insulates the anode and decays the battery's performance.

While most lithium-ion batteries have a rated lifetime of somewhere between 500 and 1,500 charge cycles, lithium-sulfur ones have been limited to about 50.

A solution in a 30yo geochemistry paper

Last year, the Monash team demonstrated a partial solution to the cathode issue.

By creating a springy matrix of carbon and sulfur compounds that was better able to expand and contract without distortion or cracking, they boosted the durability of the batteries to 200 charge cycles.

But this still left the polysulfide shuttle problem; the solution here was inspired by an unlikely source, according to Mainak Majumder, who was a co-author on the research.

Incorporating a "glucose-based additive" into the springy cathode matrix "stabilised" the sulfur and prevented it from dispersing and coating the lithium electrode, he said.

It also improved the web-like structure of the cathode, "opening up" the matrix so there was more space for lithium ions to interact with the sulfur.

This increased the battery's durability to 1,000 cycles; a five-fold improvement.

Professor Majumder said other additives may increase that figure.

"What we have learned from the exercise is we can now find other materials that are similar to sugar and can stabilise the sulfur even better,"  he said.

Batteries would give EVs twice the range

As a result of this discovery, Professor Majumder believes the Monash team can develop a prototype battery able to store two to three times more energy than a lithium-ion battery of the same size.

"I think what we're hoping to do next year is make a large number or different types of prototypes and convince the world we can get to thousands of cycles at 500Wh/kg," he said.

An EV with one of these batteries could travel between Sydney and Melbourne (about 900km) on a single charge.

Because these batteries use cheap and abundant sulfur, they would also be cheaper to make than lithium-ion ones, which require cobalt and nickel.

The race to mine these expensive elements has become a source of international conflict, as well as environmental degradation.

"We have all the ingredients to make this battery in Australia," Professor Majumder said.

Enserv Australia, a small energy research company, said it planned to make the first lithium-sulfur batteries in Australia within about five years.

"We would be looking to use the technology to enter the growing market for electric vehicles and electronic devices," the company's managing director, Mark Gustowski, said.

Lithium-sulfur a 'leading contender' for the future

"It will not enable a battery for common use straight away, but it's definitely a step ahead," said Dr Glushenkov, who was not involved in the research.

But, he said, while lithium-sulfur batteries were a "leading contender" for replacing lithium-ion ones, they needed to be made more robust and stable, despite the improvements made by the Monash team.

Some recently developed lithium-ion batteries can be charged and discharged at least 10,000 times.

Professor Majumder argued that cheaper lithium-sulfur batteries might be able to compete with lithium-ion ones, even if they had to be replaced more often.

"The price of EVs is coming from the cost of the battery," he said.

"If you could get an EV at the price of a Toyota Corolla, I'm sure a lot of people would be buying it."