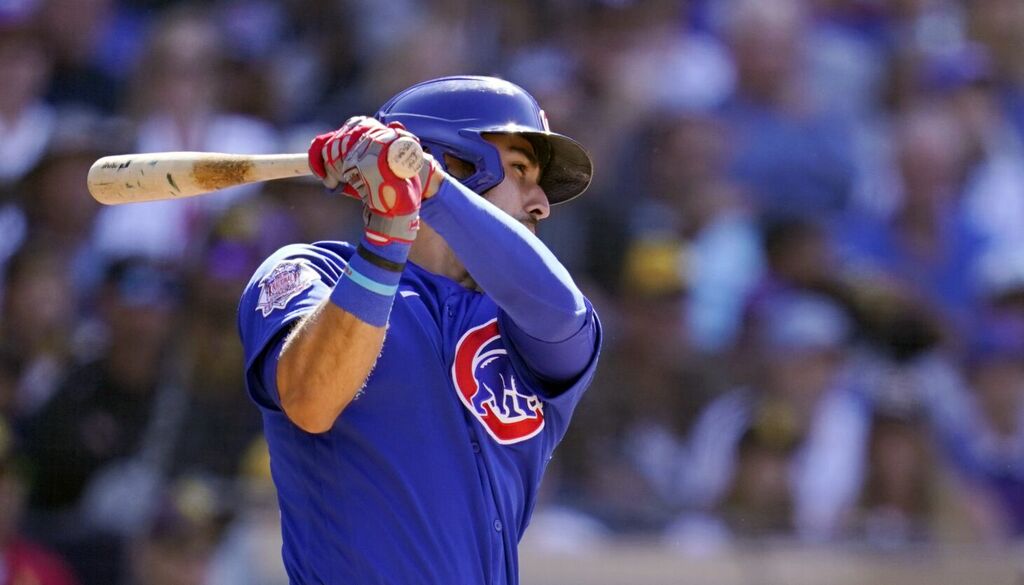 Chicago Sun-Times
Deuces are wild in the latest baseball quiz

Hoerner sprained his ankle in a collision with an umpire Wednesday in San Diego.

The Cubs are also dealing with a spike in ankle injuries. 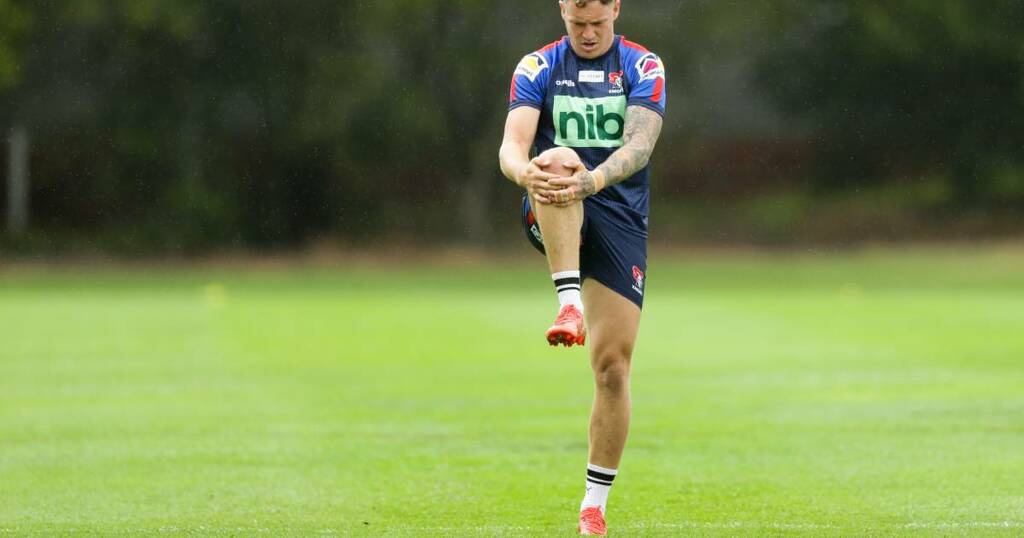 ‘Batman and Robin’? How new Cubs hitting coaches complement each other

PHOENIX — Cubs hitting coach Greg Brown held up his phone for Frank Schwindel, showing him the video he had just taken of Schwindel’s swing in batting practice. Assistant hitting coach Johnny Washington walked up between them and put his arms around their shoulders.

They were trying to identify where Schwindel felt the most comfortable — not too far back, not too far ahead — then have him repeat that swing to shake his offensive lull. That was Tuesday in San Diego. Over the next two games, Schwindel crushed two long fly balls, one for a double and one that was caught at the wall.

“Not my ideal start, and I’m getting to know [the new coaches] quicker than I wanted to because I’m spending a lot of time in the cage,” Schwindel said Friday before the Cubs’ 4-3 loss to the Diamondbacks. “They’ve been great. They’re helping me through whatever this is and staying positive.”

As one player after another pointed out in conversations with the Sun-Times, “It’s early.” The Cubs hired Brown and Washington this past winter to replace Anthony Iapoce, with whom the team parted ways in October, and Chris Valaika, who left to become the Guardians’ hitting coach.

It’s too early to draw a line from the Cubs’ up-and-down offensive production to their new hitting coaches. It’s too early to even separate the influence of Brown’s hitting philosophy from that of the last regime. But the complementary dynamic between Brown and Washington has already stood out.

“One day, maybe all you need is J-Wash — you just need him in your ear,” third baseman Patrick Wisdom said. “And the next day maybe you need Brownie to fix a certain mechanical thing.”

Brown and Washington embrace that element of their partnership.

“I think that his strengths and my strengths sometimes mirror each other,” Brown said. “But depending on the player, depending on the situation, we try to let each other have that runway, rapport with that player. And then, we constantly are circling back and communicating as to keeping the messages flowing in the same direction.”

The pair have had a unique introduction to the team. The Cubs hired Brown, whose résumé includes scouting for the Astros, coaching at Nova Southeastern University and most recently serving as the Rays’ minor-league hitting coordinator, in early November.

Major-league coaching experience was something Brown wanted in an assistant hitting coach.

“So that they can cover my blind spots,” he explained. “And [Washington’s] done an amazing job with that.”

Brown and Washington first met over a Zoom call while Washington, then the hitting coach for the KBO’s Hanwha Eagles, was still in South Korea. His coaching experience included stints in the Dodgers and Padres organizations, and eventually as the hitting coach on Andy Green’s staff in San Diego. Green is now the Cubs’ bench coach.

“I think that’s what makes a Batman and Robin-type of tandem,” Washington said. “He mentioned blind spots. There are blind spots that I have that he picks up as well. And we hold each other accountable to those things so that we both can become better.

“But at the end of the day, it’s about how can we create the best possible atmosphere and environment for those guys in there? And how can we get them to overachieve offensively on a baseball field?”

Three weeks after the Cubs announced they’d hired Brown, and before they announced they’d added Washington, MLB locked out the players. So, after an initial flurry of texts, calls and Zoom meetings, Brown and Washington were cut off from their players for 99 days.

That period became a time to get to know each other and just talk baseball. Then they got into the nuts and bolts of planning for the “full court press” of a condensed spring training, as Brown put it.

When the lockout lifted March 10 and camp opened soon after, it was finally time to start fostering relationships with the hitters.

“I think it’s one of the hardest jobs in the sport,” shortstop Nico Hoerner said. “A ton of respect for the hitting coaches I’ve been with, because all of us hitters are a little crazy in our own ways. And just knowing timing, knowing what guys can take on in certain times, and knowing that there’s a difference between what’s going on right now and where you’re going to be in a couple of months, all those factors, it’s incredibly hard to balance.”

The way Brown explains it, he and Washington have approached building rapport and familiarity with their hitters by being authentic and letting the players open up.

Even under normal circumstances, it was going to be a process: getting to know what makes each player tick, adjusting pregame timing to preferences and a schedule heavy on day games, and finding the right balance of data and motivational talk for each hitter.

“They are what the future’s going to look like,” outfielder Jason Heyward said, “because they have every bit of information that you would want, whether it’s your batting stance, where you were standing in the batter’s box, against certain pitchers how you do against this pitch, that pitch.”

Several players noted the detail they’re given about opposing pitchers in scouting reports. Each hitter can decide what to do with all that information — take it or leave it.

Again, it’s early. And the Cubs’ offense has already seen peaks (21 runs in one game against the Pirates) and valleys (three runs in a three-game series against the Dodgers).

“When we play as a unit, our brand of baseball can be very difficult to beat,” Brown said, referencing a mix of contact and slugging, along with aggressive base-running. “It’s a work in progress constantly. And I think that the future is we’ll be even better at that unification of an offensive plan against the pitcher and opponent.”

Shortstop Nico Hoerner (sprained right ankle) and outfielder Seiya Suzuki (sore right ankle) were out of the starting lineup Friday against the Diamondbacks and remain day-to-day. Suzuki was available off the bench.

At the Cubs’ nearby Arizona spring training complex, right-hander Alec Mills (strained lower back) is set to throw a bullpen session Saturday. And infielder David Bote, who’s returning form surgery on his left shoulder, is getting at-bats in extended spring training. V

Chicago Sun-Times
Deuces are wild in the latest baseball quiz

Hoerner sprained his ankle in a collision with an umpire Wednesday in San Diego.

The Cubs are also dealing with a spike in ankle injuries.