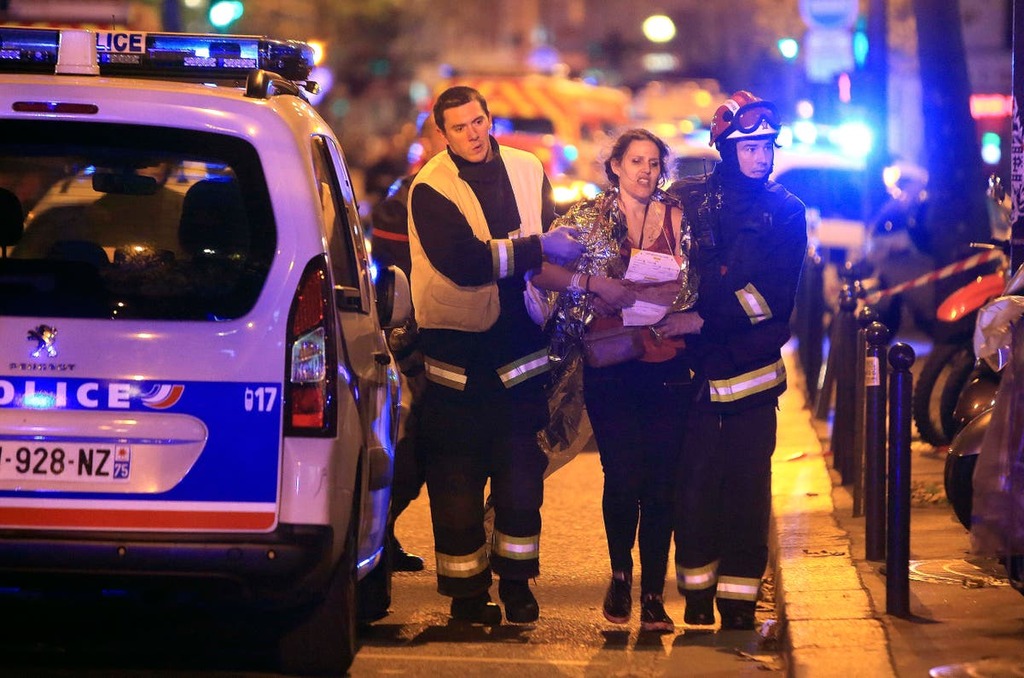 The French capital is on high alert as the trial of 20 men accused of perpetrating a string of deadly terror attacks in Paris on the night of 13 November 2015 finally gets underway.

The atrocities carried out by Islamist militants on the Stade de France, at six restaurants and cafes along the 10th and 11th arrondissement and at the Bataclan concert hall led to the deaths of 130 people and left another 500 injured and the nation in a state of shock.

The attacks were subsequently claimed by Isis as a retaliation against France for “insulting” the Prophet Muhammad by carrying out airstrikes against its militia in Syria and Iraq, before the same network struck again in Brussels, Belgium, four months later, killing another 32 people.

The trial beginning on Wednesday in the enormous 13th century Palais de Justice on the Ile de la Cite on the Seine is expected to take nine months to resolve, with 1,800 plaintiffs and 330 lawyers involved and a case file stretching to one million pages across 542 volumes.

Salah Abdeslam, 31 - the sole survivor of the biggest attack on French soil since the Second World War, as a result of his suicide vest failing to explode - will be the key defendant and faces life imprisonment but is not expected to cooperate with prosecutors.

Appearing on Wednesday amid heavy security, he said only that “There is no god except for Allah” and declared that his “ambition is to become a fighter for Islamic State”.

At the Bataclan on the night in question, the American rock band Eagles of Death Metal were on stage, an hour into their set and performing their song “Kiss the Devil” when three armed jihadists - Foued Mohamed-Aggad, Ismael Omar Mostefai and Samy Amimouburst - burst into the venue filled with 1,500 fans at around 9.47pm.

The attackers cried “Allahu Akbar” and started firing randomly into the crowd with automatic rifles, the ensuing massacre playing out over 145 minutes with the light from the killers’ guns as they fired the only disruption to the darkness.

Ninety people lost their lives amid the melee as spectators scrambled for the exits during intervals in the shooting when the killers reloaded their weapons from cartridges carried in rucksacks. Others died refusing to leave the side of wounded friends.

French special forces stormed the theatre at 12.12am and the killers abandoned their plan to take hostages, instead detonating their suicide vests and dying in the blast.

Traumatised members of the band later told Vice that they initially assumed the loud banging and screams they had heard from the arena was the result of fans letting off firecrackers or a piece of their own equipment backfiring before realising something was gravely wrong and crawling from the stage in terror.

Frontman Jesse Hughes, guitarist Eden Galindo and drummer Julian Doria managed to escape into a sidestreet via a backstage door, eventually finding sanctuary inside a local police station with the help of bystanders.

As he fled, Hughes frantically called out for his girlfriend, Tuesday Cross, at which point he encountered one of the gunmen. “I saw the shooter. He turned and brought the gun down on me but the barrel hit the doorframe,”  Hughes told Vice in an interview recorded some 12 days after the event in which he was still visibly shaken by the horror he had witnessed.

Bassist Matt McJunkins meanwhile hid with fans inside a dressing room, the group armed only with a champagne bottle intended for the after-party to defend itself, while another guitarist, Dave Catching, took cover in a bathroom before he was eventually rescued by police.

Like Hughes, Eagles of Death Metal sound engineer Shawn London also remembered locking eyes with one of the terrorists as he fled the auditorium via its smashed glass front doors: “He looked right at me. He shot at me and missed. It hit my console and buttons went flying everywhere.”

The group’s merchandise vendor, Nick Alexander, 36, from Colchester, was among the dead.

Speaking ahead of France’s “trial of the century” this week, Paris prosecutor Francois Molins, who led the inquiry into the attack and was at the scene at the Bataclan, said that he - like Eagles of Death Metal frontman Jesse Hughes - still suffers regular nightmares as a result of the jihadists’ actions.

“The vision of the crime scenes will never leave my head,” he said. “After that, I take measure of the comfort zone in which I find myself. I did not suffer in my flesh. I did not lose people close to me.”

Arthur Denouveaux, a Bataclan survivor and president of the Life for Paris victims’ association, told The Times: “Everyone has their own expectations but we know that this is an important milestone for our future lives.”

Cristina Garrido, 60, a mother who lost her son Juan Alberto, 29, at the gig, explained her compulsion to be in attendance: “I have to attend. I will surely suffer but it is a step forward. What I want is for [the accused] to hear the pain they left us with.”

That sentiment was shared by another survivor, Jerome Barthelemy, 48, who told Al Jazeera: “What I care about in the trial is the testimony of other survivors … [to] hear how they have been coping over the past six years. As for the accused, I don’t even expect them to speak.”