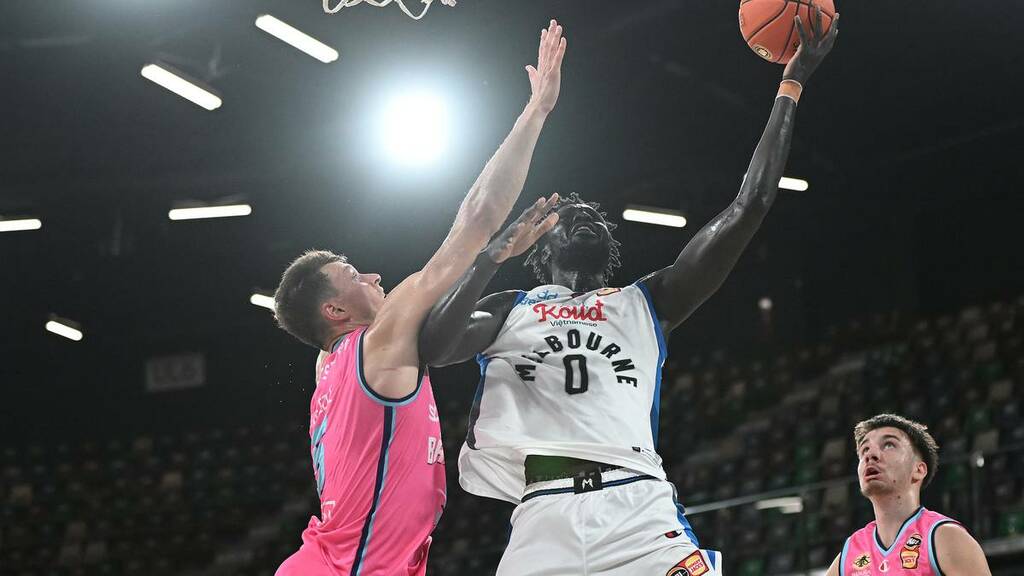 Another promising start, another second half that didn't quite go to plan.

It's been the story of the New Zealand Breakers' season so far and against Melbourne United in Tasmania on Friday night, that didn't change.

The Breakers fell to their seventh loss in eight games against Melbourne, with the defending champions claiming an 89-78 win.

The Breakers got off to a good start to the game, finding their touch early from three-point range and getting plenty of production from their perimeter shooters. They needed it, as centre Yanni Wetzell, who went into the game averaging more than 20 points per game, was kept well contained by the Melbourne bigs and held to just seven points for the game - and none in the second half.

The same couldn't be said about Melbourne centre Jo Lual-Acuil, who feasted on his opportunities in the paint and dominated the glass to post a commanding 22-point and 12-rebound stat line. Following Lual-Acuil's lead, Melbourne were able to out-rebound the Breakers by a staggering 25 boards (50-25).

Despite getting the best offensive performances of the season so far from imports Jeremiah Martin (20 points) and Peyton Siva (19), who have both impressed since being moved out of the starting lineup, the Breakers were being hammered at the other end of the court as they couldn't keep Melbourne from scoring in close.

That was manageable in the first half, however once sharpshooter Chris Goulding found his range, that margin started to get wider and wider.

The Breakers were able to hold on to one-point leads after the first quarter and at half time, but Melbourne took a five-point lead into the final quarter.

It looked like Melbourne were in for a huge finish as they built a 15-point lead in the final quarter. However, just as they had started the game, the Breakers were able to get back within touching distance through their three-point shooting.

With Siva, Martin and fellow import Hugo Besson all filling up the basket, the Breakers drew back within six points.

That was as close as they came down the stretch, as the defending champions closed the result out in the final minutes of the contest.

It was a tough way to start a busy stretch for the New Zealand side, who are due to play three games within a week.

Following the loss to Melbourne, the Breakers will meet the Sydney Kings on Sunday before a clash against the Tasmania Jackjumpers on Wednesday.