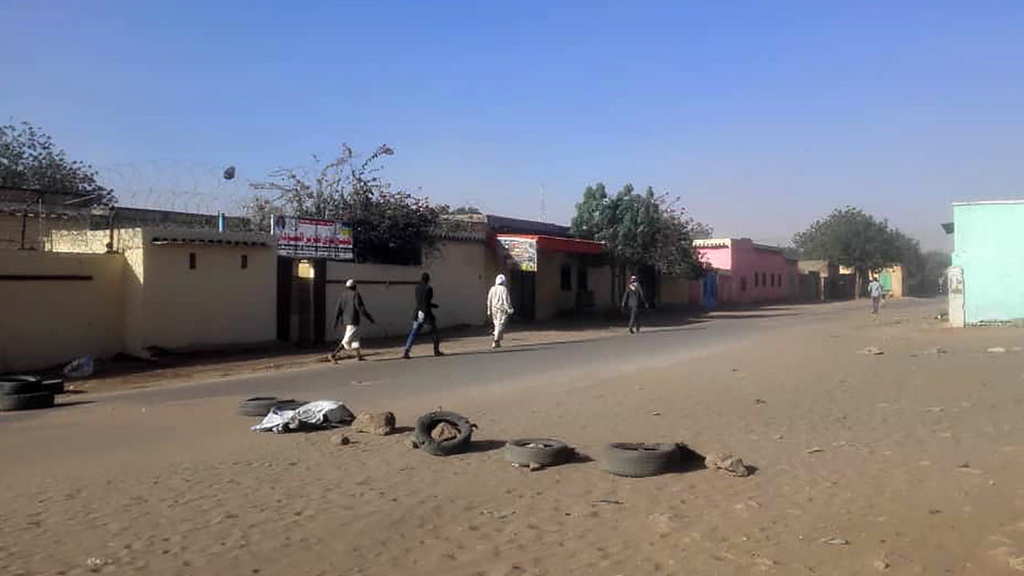 Two separate attacks on 16-17 January and 18 January claimed the lives of 250 people and left hundreds injured, with inter-communal violence around Krinding camp, West Darfur, spreading the next day to South Darfur’s Gereida locality, according to the UN refugee agency.

The clashes saw fighting between Masalit and Arab communities in Krinding, a displaced people camp, and between Falata and Reizigat tribes in the area around Gereida, a town some 85 kilometres south of Nyala, the state capital of South Darfur.

Houses were burnt in Krinding, located a few kilometres east of El Geneina, the capital of West Darfur, and thousands of displaced people fled the area, the UN Population Fund said in an update, describing how authorities stepped up presence of security forces and put in place a curfew.

“These incidents raise serious concerns about the imminent risk of further violence in Darfur, in an environment where decades-old ethnic and tribal tensions that were further stoked by the previous regime continue to fester,” said Ravina Shamdasani, a spokesperson for the UN High Commissioner for Human Rights, in a statement dated 22 January.

The attacks led to a total of 123,000 people fleeing for their lives, Stéphane Dujarric, a spokesperson for UN Secretary General, António Guterres, told journalists in New York on Monday.

Local media reported that authorities in West Darfur approved a security plan in the aftermath of the violence, with Sudanese government troops deployed in and around El Geneina.

Human rights groups have previously documented interethnic violence at the Krinding camp in December 2019, with fighting between the Masalit and Arab communities.

The recent violence can be attributed to the previous government’s strategy of managing insurgency in Darfur through the militarisation of local tribes, according to some analysts.

"Over 30 years, major tribes were armed and trained by the government, and they were allowed to have their own militia, so there is a sense of autonomy for each particular group," said Suleiman Baldo, a senior advisor at The Sentry, a non-profit organisation based in Washington DC working on conflict.

Many of these groups were integrated into the notorious Janjaweed militia, known for human rights abuses under Bashir, and the Rapid Support Forces, a paramilitary operation that grew out of the Janjaweed, according to Baldo.

The makeup or recruitment of local security forces and how they are aligned is a key factor in perpetuating violence and reprisal attacks, he added.

“The government has to send in reinforcements of forces that are not from the region because those in the region are compromised,” Baldo told this week’s Africa Calling podcast.

“The military response has been deliberately weak and belated,” Reeves, an expert at the Rift Valley Institute think-tank wrote on social media.

“What Will Be Remembered? History and the Darfur Genocide,” Eric Reeves, September 2019 | https://t.co/FO8ysdrZzj Some final words and thoughts… pic.twitter.com/MNbu3emgSh

“South Darfur also reports vicious ethnic violence. UNAMID withdrawal is complete,” he added, referring to the withdrawal of the peacekeeping mission, which is taking place over the six months until 30 June 2021.

The Sentry’s senior advisor Baldo, pointed to the withdrawal of UNAMID, and the signing of a peace deal between the government in Khartoum and Darfuri rebel groups, as aggravating communal tensions.

He said conflict in Darfur exists on several levels, citing local disputes over resources like land and water, disagreements between political movements and the authorities, and competition between major ethnic groups.

“What you actually need is social peace,” said Baldo. “This has yet to happen and that’s why you are seeing an intensification of violence in Darfur.”