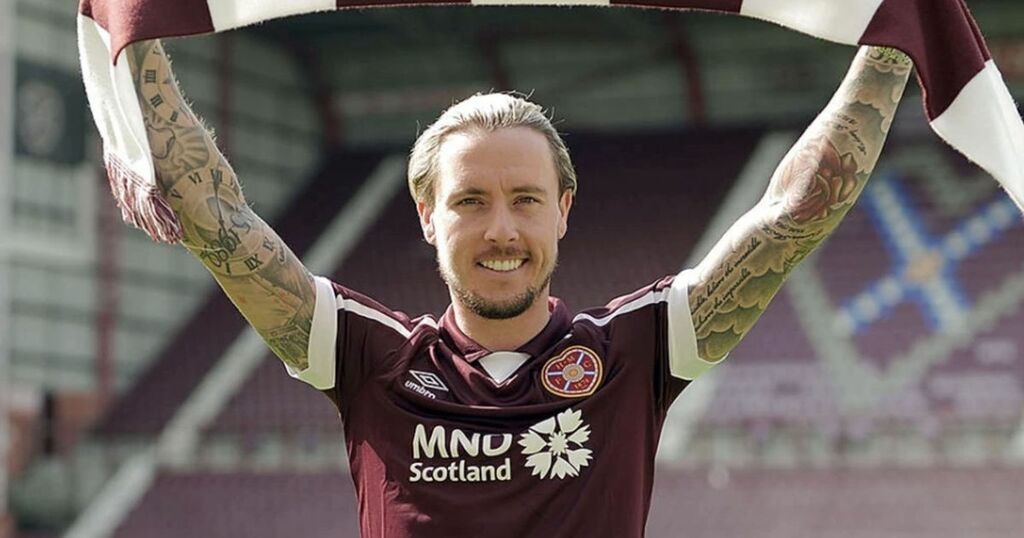 Dom Ball remembers Barrie McKay making the most of a clean slate at Ibrox – now he’s backing the Hearts recruit to wipe the floor with opposition at Tynecastle.

Former Rangers boss Mark Warburton had to rescue the talented winger from the Ibrox scrapheap when he moved to Glasgow in 2015.

McKay had burst onto the scene while Ally McCoist’s team were battling back up through the divisions but two frustrating loan stints at Morton and Raith Rovers suggested he wasn’t cut out for life in the Old Firm pressure cooker.

That all changed when Warburton arrived to spot his potential and Ball – who joined from Spurs on loan that summer – recalls also being blown away by McKay’s abilities.

But fast forward six years and the 26-year-old has now joined Hearts looking to jump-start a stalled career.

Having seen his old team-mate seize one second chance, Ball is backing McKay to take up another under Robbie Neilson.

“My season at Rangers was also Barrie’s breakthrough year,” QPR defender Ball told Record Sport . “He’d had a tough time at the club before but immediately in pre-season you could see how well he was going to do that year.

“He really stood out in training and he was definitely one of our better players that season. The manager had the intention of building a totally new squad that summer but once he saw Barrie’s quality there was no way he was going to let him go.

“From there he became one of our most influential players. I can remember him continuously wowing me. He was so effective in creating chances and was so direct one-on-one.

“We were obviously playing in the Championship that year but even when we came up against top-flight teams in the cups, he still looked too good. He took his opportunity and he just flew it.

“Hopefully this move to Hearts can work in a similar way for Baz. He’s back in Scotland in a place he feels comfortable.

“Hearts are a massive club, I know that from playing against them when I was at Aberdeen. The atmosphere blew me away so Barrie can look forward to having that week in, week out.

“Having Andy Halliday, who he was close to at Rangers, there will also be a big help. He’s obviously had a tough period but now he’s got a great chance to show what he can do.”

McKay really made his mark with his Old Firm wonder strike in Gers’ 2016 Scottish Cup semi-final win over Celtic.

At that point, he seemed destined for the top. A Scotland cap in a friendly with France did follow at the end of the campaign but that was as good as it got for the playmaker.

After a fall-out with Warburton’s successor Pedro Caixinha, McKay was reunited with the Englishman at Nottingham Forest but moves to Swansea City and Fleetwood Town have failed to reproduce his earlier spark.

Neilson hopes he can dig out the winger’s magic and, for McKay’s sake, Ball hopes he can.

“I still remember him skipping past Scott Brown at Hampden and then just letting rip,” he said. “When it flew past Craig Gordon into the net, I couldn’t believe what I’d just seen. It’s still the best goal I’ve ever seen whilst standing on the same pitch.”

McKay will hope to give fans a first glimpse of what he has to offer on Sunday and Ball has extra reason to tune in.

“I played with Joe Newell at Rotherham, who is now at Hibs too,” he said. “Sunday should be a great game. I just hope it goes well for both lads.”