ACT Chief Minister Andrew Barr has said the election of a federal Labor government would mark a new approach to relations between the territory and the Commonwealth.

Mr Barr said he looked forward to working closely with the federal Labor government on the promises it made during the federal election, including improvements to the Australian Institute of Sports Arena, an urgent care clinic in Canberra's south and support for light rail.

Labor's primary vote in the ACT of 45 per cent was the highest of any state and territory, as each of Canberra's lower house Labor candidates enjoyed an uptick in their primary vote.

In Bean, there was a first preference swing of nearly 4 percentage points towards David Smith, while there was a 1.8 point swing against the Liberals. The Greens received a swing of about 1.4 points. Mr Smith held the electorate on a two-party preferred vote of 63 per cent.

There was a swing of nearly 4 points to Labor in Canberra's northernmost electorate of Fenner, held by Andrew Leigh.

There was a swing against the Liberals of about 7 points. The Greens received a slight uptick with a swing of about 2.3 points. But it was comfortably retained by Dr Leigh on a two-party preferred count of 66 per cent.

He also pointed to the territory's right to legislate on voluntary assisted dying, which is currently prohibited under a Federal Parliament ban.

Labor is expected to facilitate a vote on a repeal of this ban, which has been backed by prime minister elect Anthony Albanese.

"The election of an Albanese Labor government is a big result for Canberra," Mr Barr said.

"It will result in a Commonwealth government working in partnership with the ACT government to ensure that Canberrans get their fair share.

"It will result in a government that values public healthcare, public education, support for the most vulnerable and action on climate change.

"It will result in a government that will respect and value the role of the Australian Public Service."

Mr Barr also pointed to the possible historic upset in the senate, with ACT independent candidate David Pocock on the verge of winning the territory's second Senate point.

Labor recommended voters to preference Mr Pocock second in its how-to-vote cards and the Chief Minister has actively promoted this on social media.

"Canberrans have again shown their support for Labor and progressive candidates," he said.

Mr Barr said he was also pleased about the re-election of Kristy McBain in Eden-Monaro and hoped to work with her on the Canberra-Sydney rail line, freight access to Canberra Airport and improvements to the Monaro and Barton Highway.

ACT Opposition Leader Elizabeth Lee said Saturday night was a difficult one for the Liberal party, as she thanked the outgoing prime minister in a social media post.

"Thank you prime minister Scott Morrison for your service to our great country through an incredibly challenging period," she said.

"A very difficult night for the Liberal Party of Australia and I am devastated to see many hardworking and valuable Liberals - including friends - not returned.

"Congratulations to Anthony Albanese and the Labor team."

"In the ACT we won't know the senate result for some time yet but whatever the result, thank you to all the Liberals who poured blood, sweat and tears into this campaign."

Counting in the ACT Senate will not resume until Monday. 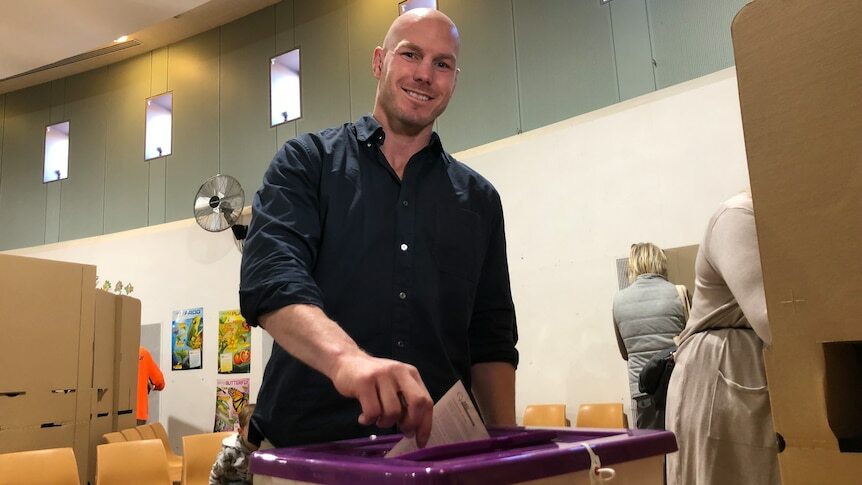