Barnett desperate to leave Knights on a finals high

Newcastle forward Mitch Barnett reckons the Knights "underachieved" the past two years and says missing the finals this year is simply "not an option".

The 28-year-old, who will depart the club to join the Warriors at season's end, was a standout returning from suspension in Newcastle's 16-6 win over Canterbury on Friday.

The morale-boosting victory broke a seven-game losing streak and lifted the Knights off the bottom of the NRL ladder.

The club now sits 14th, four points adrift the top eight and six behind seventh-placed Brisbane who they host on Thursday.

Chasing consecutive victories and a win at home for the first time since early March, the Knights will be boosted by playmaker Anthony Milford, who has been named to start at five-eighth against his former club.

Barnett, who endured watching the Knights fall from first to last place during his recent six-game suspension, believes a victory on Thursday night could get the club's season back on track.

Speaking about his desire to leave Newcastle on a high, Barnett said yesterday after finishing seventh the past two years, he was targeting nothing less than a finals appearance this season.

"You always want to leave a place better than you come into it, that's any rugby league player's goal and it's definitely mine," he said.

"The last couple of years we have improved, [but] I thought we still underachieved as well.

"This year, big picture - I want to finish in the [top eight] and play late into finals.

"But we've got to take it week by week and it starts against the Broncos."

The back-rower, who joined the Knights in 2016 after they collected the first of three consecutive wooden spoons, said he would be shattered to miss the finals in his last year.

"It would very disappointing," he said.

"That would be a hard pill to swallow.

"If we can string a few games together, you never know where it can take us."

In his return appearance from suspension last week, Barnett helped lay the platform for Newcastle's gritty victory over the Bulldogs.

Prop David Klemmer led the way for the Knights with a game-high 202 run metres from 19 runs, while Barnett produced 146 metres from 16 runs.

Pleased with the effort of his forwards overall, Knights coach Adam O'Brien said Barnett had been "really strong", along with back-row partner Lachlan Fitzgibbon.

"His work rate, he had 16 odd runs," O'Brien said of Barnett. "I think he was powerful.

"Even just for the experience, having those two guys back has really helped us."

Newcastle's forward pack should be boosted again this week by the return of back-rower Tyson Frizell.

The former NSW and Australian representative, who has missed the past three games due to injury and illness, has been named to start on Thursday.

They will form Newcastle's fourth halves combination in as many weeks.

Jake Clifford, who hasn't featured since the 50-2 loss to the Melbourne Storm in round eight, is in the 24-man match squad but appears to have been overlooked in favour of Milford.

Strike centre Dane Gagai, who has been recovering from a cheekbone fracture, has also been included on extended team list. 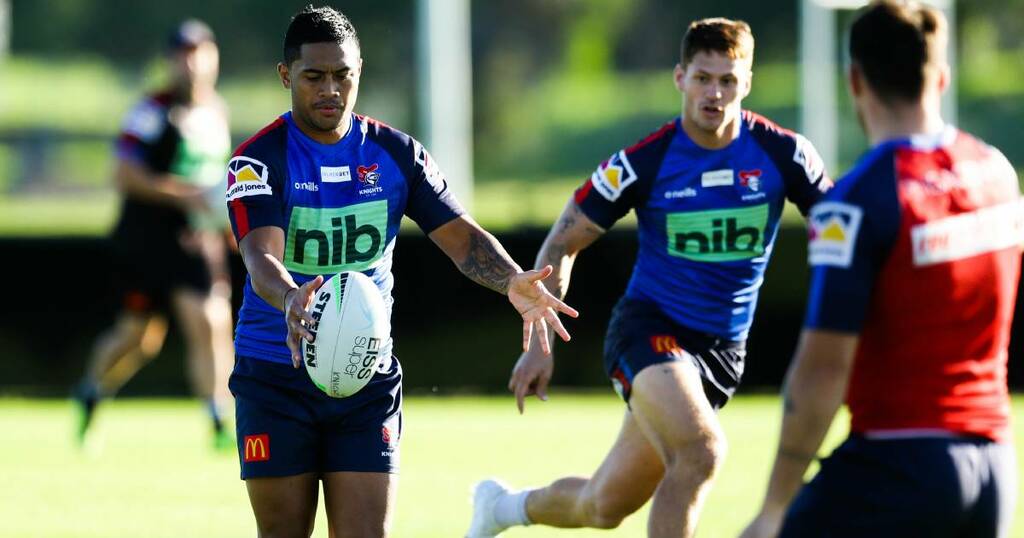 Knights players back Milford to make an impact against former club
The former Broncos playmaker will make his Knights debut on Thursday night.

NRL: The former Broncos half is expected to be named for the Knights.