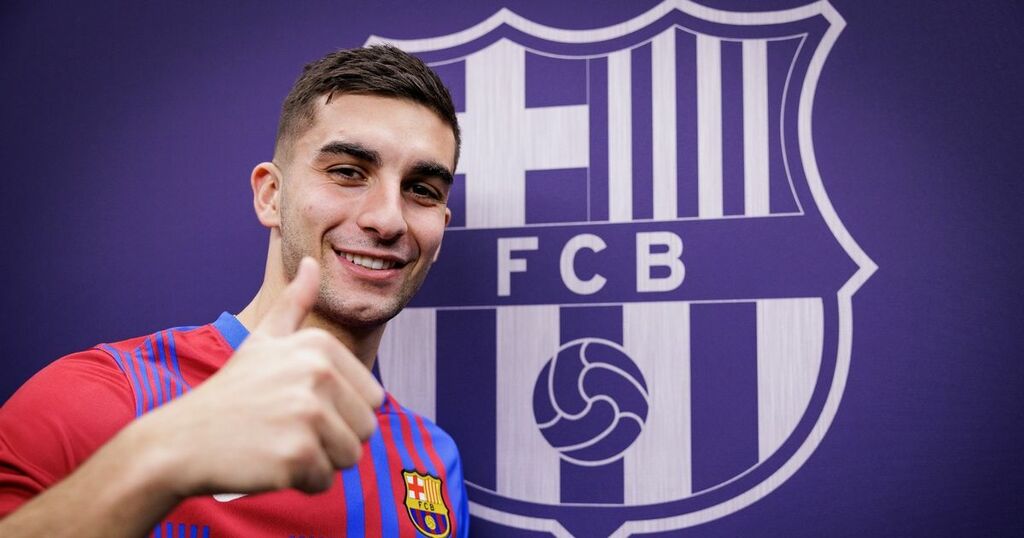 Barcelona have avoided the embarrassment of being unable to register new signing Ferran Torres but have had to make a major compromise on another player’s future.

The Catalan club completed the signing of Torres from Manchester City earlier this month but there were fears they would not be able to register the Spain international to play this season.

The Blaugrana will use the funds freed-up by Sergio Aguero’s retirement to register new signing Dani Alves, but Torres is thought to be on a significantly higher wage.

Barca have been operating above their wage budget, as imposed by La Liga, and were only able to register the contracts of new players by justifying that they were making savings elsewhere.

The club utilised a recent bank loan and restructuring of their short-term debt to fund the transfer fee for Torres but had to be inventive to free-up the wages to register their new addition.

HAVE YOUR SAY! Will boss Xavi be able to lead Barcelona back to the elite of European football? Let us know what you think in the comments section below

On Monday, Barca confirmed they are now able to register Torres in their first-team squad – despite not facilitating any further exits.

The club have restructured the contract of central defender Samuel Umtiti, who has signed an eye-catching long-term contract at the Camp Nou through to the summer of 2026.

The Frenchman is one of the highest earners at the club and Barca had been keen to offload the player but were unable to find a buyer who could match his wages.

Umtiti has now added three years to his agreement with the Catalan club but will not earn more in cumulative wages than his previous deal, with the 18 months of payment now being spread over four-and-a-half years.

The club confirmed on Monday via a press release: “This contract extension operation does not entail any greater financial commitments for FC Barcelona with regard to the player.

“FC Barcelona wishes to publicly express its gratitude to Samuel Umtiti for his willingness and the affection that he has demonstrated towards the club.

“Through this contract extension, FC Barcelona will be able to increase its ‘financial fair play’ quota and thus register Ferran Torres with the Spanish Professional Football League.”

Umtiti has suffered with multiple injury issues in recent seasons and has become a peripheral figure in Barca's squad as he has fallen down the pecking order.

The World Cup winner had previously been the established starter alongside Gerard Pique in the heart of Barca’s defence, but fell from prominence following the arrivals of Clement Lenglet, Ronald Araujo and Eric Garcia.

His agreement to extend his stay at the Camp Nou will give Barca a huge short-term boost in being able to register their new star signing without having to facilitate further playing exits.

However, it does ensure that the club will have to commit to paying Umtiti the full outstanding amount of his contract without being able to offload the player.

While the spreading of these payments over a longer time span will ease immediate financial concerns, it will be another medium-term hit to Barca’s precarious economic position.