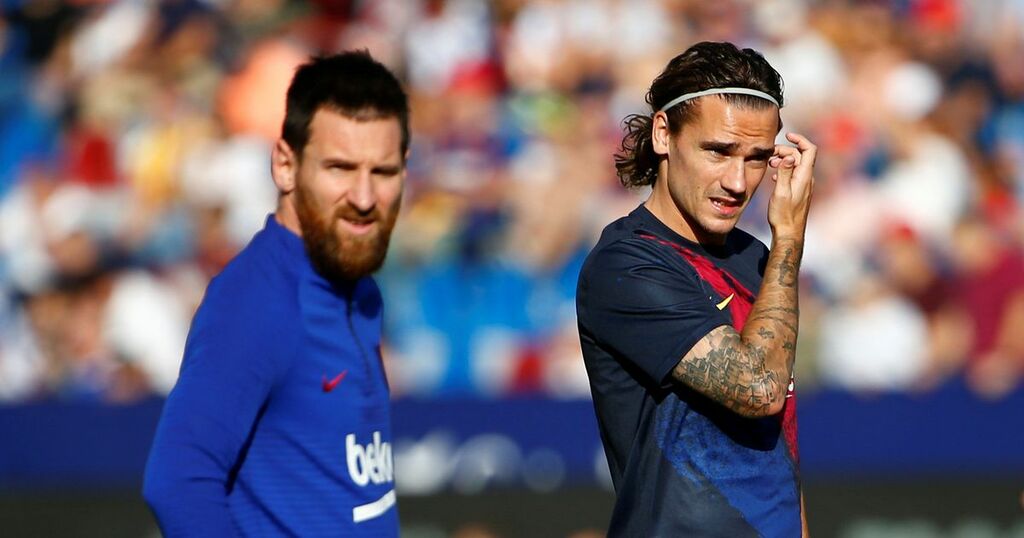 Barcelona president Joan Laporta insists the departure of Antoine Griezmann would've made no difference to them keeping Lionel Messi.

The Catalans waved goodbye to the Frenchman on deadline day - less than a month after their greatest ever player had left on a free.

Messi left the Nou Camp in emotional circumstances with the Spanish club unable to retain him due to financial reasons.

The severity of their economic problems was further highlighted when they loaned Griezmann back to Atletico Madrid.

They have an obligation to buy the player for €40m next summer - meaning Barcelona will make an €80m loss.

Laporta though maintains that the exit of Griezmann wouldn't have impacted their ability to keep hold of Messi.

"What happened is what has been explained," he told Esport3.

"There is objective data. Everyone can compare it. We were pressured that we would either sign the CVC loan [deal] or there is no fair play.

"There was no margin. There was a pre-agreement [with Messi] and we had shaken hands. There were several agreements and La Liga seemed to accept it, but then they said no without CVC.

"We didn't think that the situation was going to improve and we put an end to it.

"Messi could not have stayed even with Griezmann's [departure] and with the salary reduction of the captains.

"But it is important that we have lowered the salary cap because next year we can be more ambitious.

"I think we were both sad because the situation was not what we wanted. I have not spoken with Messi since.

"I saw his debut with PSG and it was strange to see him at another team, rivals. I did not like seeing him in another shirt."

Laporta laid bare the extent of Barcelona's financial woes, with the club paying more than 100 per cent of their income out on wages.

That figure has been considerably lowered and youngsters like Ansu Fati and Pedri will have to take on greater responsibility with senior pros accepting pay cuts to help the cause.

Laporta added: "The reduction [of the expenditure] is important, [as] we have gone from 110 to 80 per cent.

"I want to congratulate the executives and the financial department of Barcelona for their work, and all those who have worked tirelessly and extraordinarily.

"And we have some heroes in [Gerard] Pique, [Jordi] Alba, [Sergio] Busquets and we will seal [the deal with] Sergi Roberto.

"And we will continue with other players, such as [Samuel] Umtiti and others from the first team. We are in a process that is not easy.

"First the captains have set an example, and now we will continue with others."