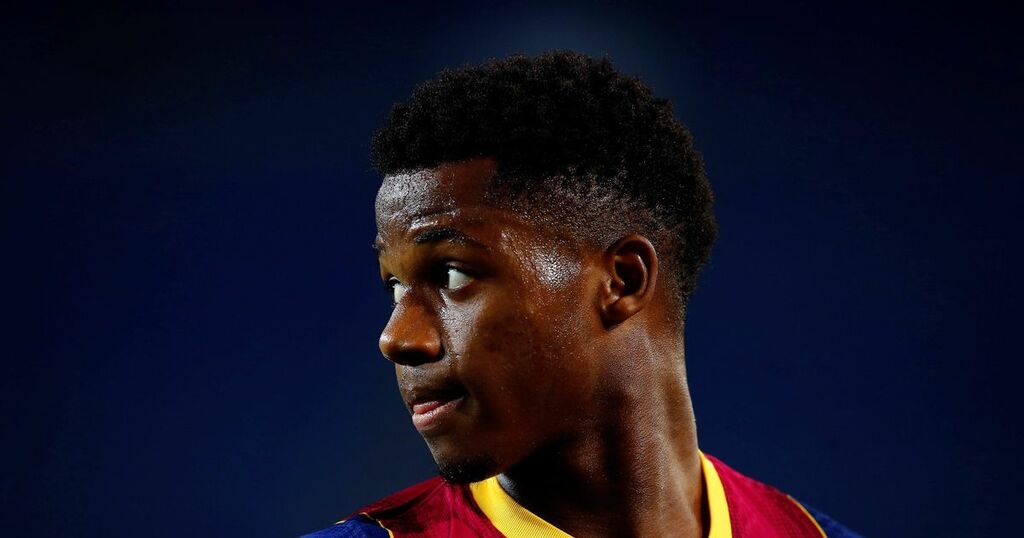 Barcelona forward Ansu Fati is one of the most exciting talents in football but confusion has broken out regarding his future.

The 18-year-old made his debut for the Catalan giants two years ago and has proven to be a sensation since, despite suffering a serious knee injury last season.

Fati has netted 13 goals in 41 first-team appearances for the club and also has broken through at international level with Spain - for whom he scored once in four caps, when aged 17.

With the Blaugrana’s well documented financial problems, there has been speculation that the teenager could be cashed-in on, with Manchester United among the clubs said to be monitoring his situation.

United may have been given a boost in any potential pursuit of the forward due to a legal dispute between Barca and the player’s representatives.

Barcelona believe Fati is under contract until 2024 as they have the option to unilaterally extend the terms of his deal – in place until 2022 – by a further two seasons.

This claim is disputed by the player’s agent Jorge Mendes and father Bori Fati, who state that this is not applicable as the deal was signed when the forward was a youth-team player - and they believe that he will become a free agent at the end of the current season.

That would mean that the teenager could technically sign a pre-contract agreement with another club from January, while United - who have been linked with the forward in recent years - have recently worked closely with Mendes over the deal to take Cristiano Ronaldo back to Old Trafford.

The debate is centred upon a difference in interpretation of Paragraph 18 of the FIFA regulations, and whether or not an automatic contract extension falls within the ruling.

Point 2 of that paragraph specifies that “the maximum duration of a contract will be five years…players under 18 years of age (as was the case with Ansu when he signed his deal) cannot sign a contract of professionals of a duration greater than three years. Any clause of a longer period is not accepted.”

As outlined by Spanish radio station Cadena Ser, this discrepancy has led to a disagreement between the two parties - with the player’s representatives of the understanding that he will be out of contract next summer.

It is added that both parties are willing to sit down and negotiate a deal over the player’s future, although the club’s financial issues may mean that a contract extension is far from a formality.

Manchester United are said to have had the teenager - who has inherited Lionel Messi’s number 10 shirt at the Camp Nou - on their shortlist of transfer targets in each of the past two summers but no move materialised.

Would Ansu Fati be a good fit for Man United's attack? Comment below

Barca president Joan Laporta this week rebuffed reports that the player had been offered to United, or anywhere else: "We never put him up for sale.

"Another thing is that it appeared in a newspaper that an English club was going to make an offer. This offer never came. Ansu was brave because he accepted the '10', but he only accepted it if the captains gave him the green light."

The teenager’s remarkable progress was halted last season after he suffered a serious knee injury last November - a setback for which Fati required several surgeries, which ruled him out for the remainder of the campaign.

The forward returned to first-team training at Barca last month and is set to make his first appearance of the season following the international break.