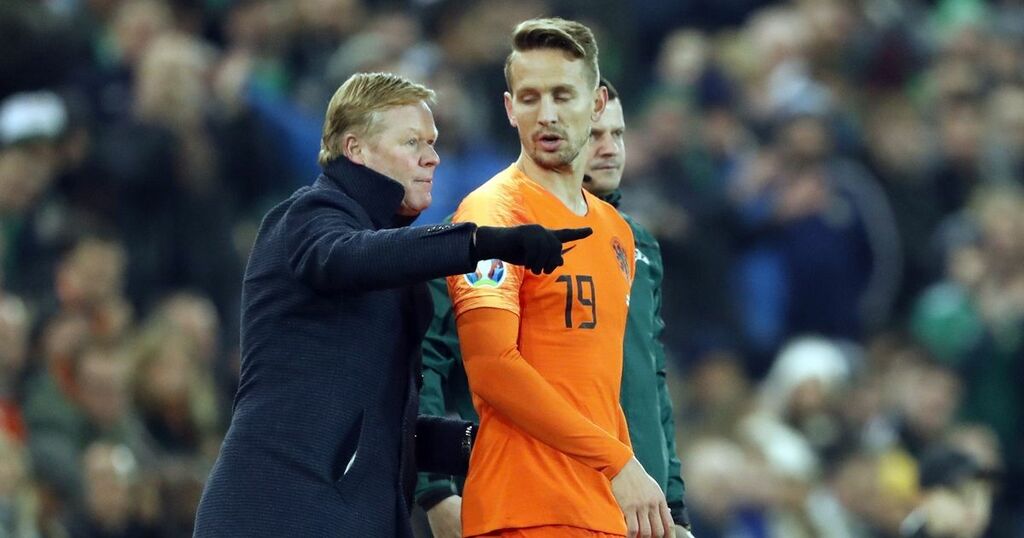 The Dutchman failed to score across 12 appearances on loan at Newcastle in the 2013-14 campaign and has joined the Catalan club on a season-long loan agreement from Sevilla.

De Jong arrives at the Camp Nou having scored 10 La Liga goals across 69 appearances for Sevilla, where he was third-choice striker going into this campaign.

His signing by the Blaugrana has raised a few eyebrows but Koeman - who coached the striker during his stint as Netherlands boss - claims that he will add value to the club’s attacking options.

The Barca coach outlined de Jong’s aerial ability and claimed that he is more dangerous attacking crosses into the penalty area than Neymar - who left the club in 2017 to join Paris Saint-Germain.

Koeman explained in NOS, in quotes carried by Marca : "When there's a cross coming in, Luuk is more dangerous than Neymar.

"He's a different kind of forward to what we have, and I think all teams should have one like him."

Barca secured the signing of de Jong at the eleventh hour of the summer transfer window following a busy day at the club which saw Antoine Griezmann depart for a loan spell at Atletico Madrid.

Koeman explained that the Dutchman was a long-term target of his and that he had made a request for his signing following on from his appointment in the hotseat last summer.

"I wanted to be able to change my forwards. If the game calls for someone like Luuk, then he'll play.

"We lost Antoine Griezmann on the last day of the window and only had three forwards.

Can Barcelona win La Liga or the Champions League this season? Comment below

"I first made contact with Luuk on August 8 and, even before that, I wondered why Barcelona didn't have a guy like that."

De Jong has been prolific across his spells in the Eredivisie; he scored 59 goals across three seasons at Dutch side FC Twente between 2009 and 2012, while he netted 112 goals in five campaigns at PSV Eindhoven.

The striker has struggled to replicate that scoring form outside of the Netherlands; scoring just eight goals in 45 appearances for Borussia Monchengladbach before not netting in 12 appearances during a loan spell at Newcastle.

De Jong - who has scored eight goals in 38 international caps - is now set to compete for a first-team spot at the Camp Nou alongside new signings Memphis Depay and Sergio Aguero, the latter of whom is sidelined until November due to injury.