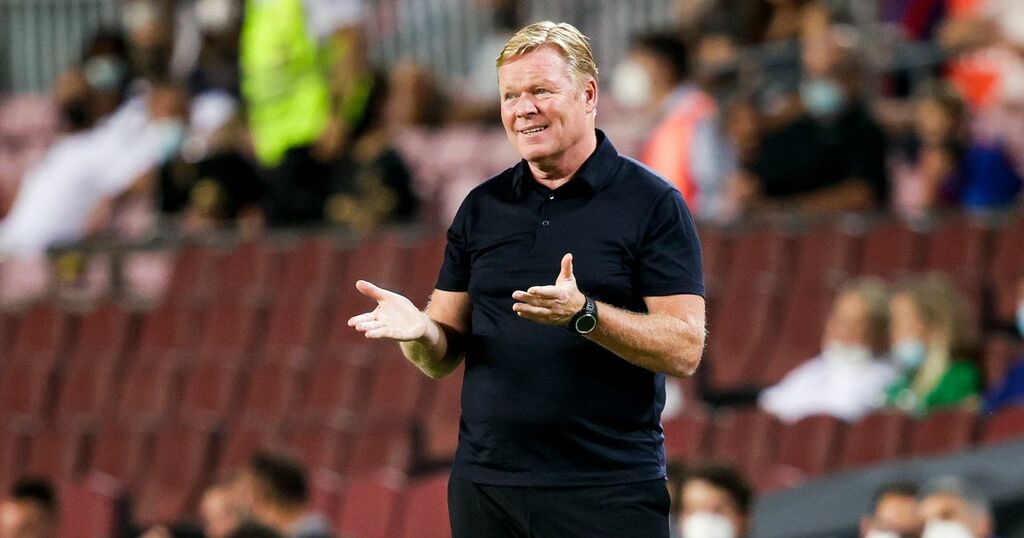 Ronald Koeman is on the brink of losing his job at Barcelona and has reportedly been given just three matches to turn around the situation.

The Blaugrana slumped to a meek three-goal home defeat against Bayern Munich in their opening Champions League group game on Tuesday night.

The manner of the defeat was particularly galling for the Catalan club, who were unable to muster a shot on target throughout the game against their opponents.

It was a result and performance that cranked up the pressure on Koeman, who oversaw a disappointing campaign last time out when his side finished third in La Liga.

Barca are now facing a busy schedule where they will face three league matches in the space of a week - with a trip to Cadiz sandwiched between home games against Granada and Levante respectively.

All three opponents are expected to finish in the lower half of La Liga this campaign and it is claimed that if Barca slip up in any of those matches, then the board will have a decision to make on the Dutchman.

Relations between Koeman and club president Joan Laporta have become strained recently, with the Barca supremo admitting at the end of last season that Koeman only remained in a job after the club failed to find an upgrade.

The Catalan club have only played three La Liga matches this campaign - home wins over Real Sociedad and Getafe, alongside a draw at Athletic Bilbao.

It a testing time for Barca and the bad news on Tuesday did not end with the result of the match - two further starting players were added to the club’s injury list.

Jordi Alba - who started the game despite suffering from a fever and vomiting the previous night, which caused him to sit out Tuesday’s training session - sustained a thigh injury and is now set to be ruled out for between three and four weeks.

Teenage midfield star Pedri has also sustained a muscular leg injury which is expected to see him sidelined for the remainder of September.

They join a growing injury list which has long-term absentees Martin Braithwaite and Sergio Aguero, along with full-back Sergino Dest and forward Ansu Fati - who is in the final phase of his recovery from a knee injury sustained last November.

The Barca squad is now beginning to be stretched following the deadline day exits of Antoine Griezmann, Emerson Royal and Miralem Pjanic.

The club’s well documented financial problems has led to a significant slimming down of the club’s first-team squad this season and injuries are now beginning to mount at the club.

Koeman guided Barca to last season’s Copa del Rey trophy but their Round of 16 exit to Paris Saint-Germain in the Champions League coupled with a third-placed finish in La Liga has led to uncertainty over his future.