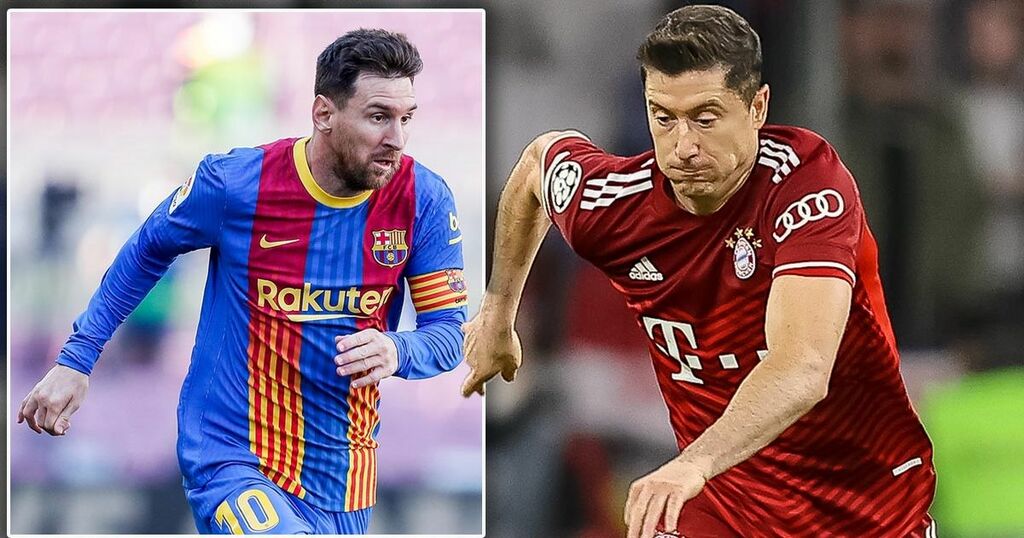 RideApart
Newcastle vs Arsenal live stream: How can I watch Premier League game live on TV in UK today?

Evening Standard
From analysis to good news, read the world’s best news in one place
Man City Ready to ‘Give Our Lives’ to Retain Title, Says Guardiola

Barcelona have been given a boost in their hopes of a sensational deal to sign Bayern Munich striker Robert Lewandowski this summer.

Lewandowski has reportedly told the Bundesliga giants that he 'won't sign a new deal' as he has already lined up a new club as Polish television channel TVP Sport claim Barca are in the driving seat to secure the player’s signature. The 33-year-old striker is out of contract at Bayern in the summer of 2023 and the club are keen to avoid losing him as a free agent.

Last month, Bayern CEO Oliver Kahn poured cold water on the suggestions that the Poland international would be leaving the club as he comes closer to entering the final 12 months of his contract. That prompted Barca boss Xavi to address the transfer rumours directly about the forward, who has scored a remarkable 49 goals so far this term and has surpassed the 40-goal landmark in seven successive seasons.

A report in German media outlet Bild has now claimed that Bayern’s stance on the Poland striker has softened this summer and they may be willing to cash-in on the player for as little as £30million (€35m). That is a deal that could be seen as feasible for the Catalan giants, although they must make outgoings first.

Bayern’s change of heart is said to be centred on their acceptance that Lewandowski is not putting pen to paper on a new deal and either way, is now going to have a declining value for the remainder of his career. Furthermore, it is claimed that Bayern fear their attack has become too predictable with the Poland international as the centre point and a change in setup would make them more dynamic and less predictable.

On the other hand, it would require the club to make a major investment in their attack this summer and would signal the need to work in strengthening an area that they had not previously been anticipating needing to do so.

Have Your Say! Will Lewandowski join Barcelona this summer? Tell us what you think here.

Last month, it was reported that Barcelona were willing to offer Lewandowski the “Lionel Messi role” at the Camp Nou. That would mean that the Polish striker would be afforded the status and economic benefits at the club that Messi had previously enjoyed.

As things stand, contract talks are at a standstill between Lewandowski and Bayern but the club will look to reopen the discussions in the weeks and months to come. If no agreement can be reached between the player and the club, then he will be free to speak to other clubs from January 1, 2023, and sign a pre-contract agreement away from Bayern.

The forward has spent the majority of his career in Germany having made his name at Borussia Dortmund before leaving on a free to join Bayern in 2014. Whilst at the Allianz Arena Lewandowski has won the Bundesliga every season and also claimed the Champions League in 2020.

No player has a Champions League record as impressive as Lewandowski. The Poland international had won a competition record 22 consecutive matches in which he had featured for Bayern, prior to the Round of 16 first-leg draw away to Salzburg. While last week’s loss in the first leg of their clash against Villarreal was his first defeat in 25 games in the competition. Despite him bagging 13 goals in this season’s competition, Bayern could not do enough to advance beyond the quarter finals.