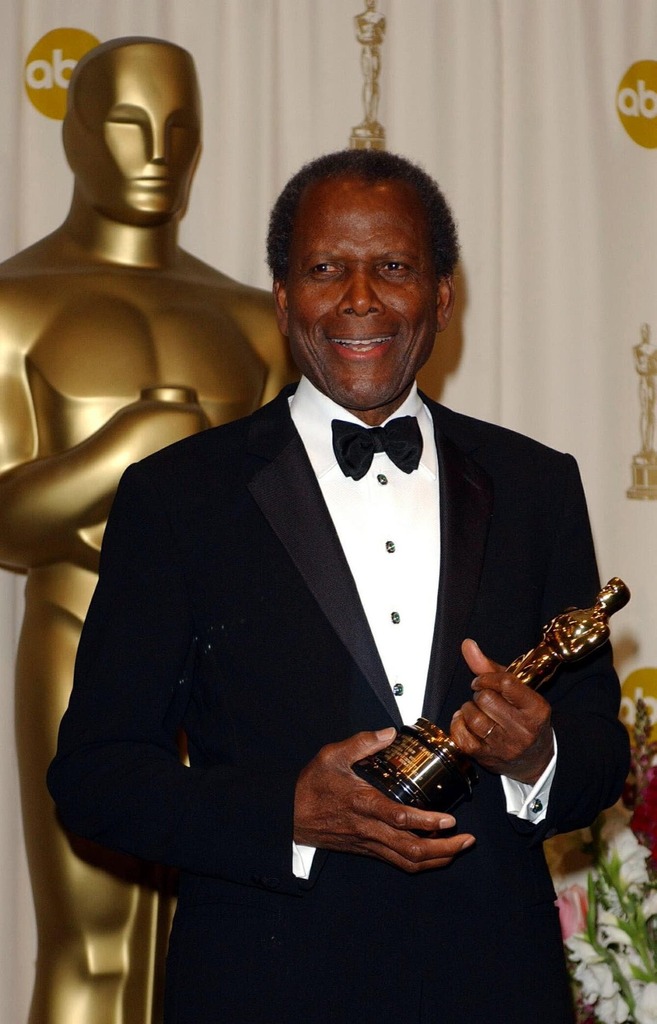 Barack Obama and Oprah Winfrey have paid tribute to “trailblazing” Hollywood star Sidney Poitier after his death at the age of 94.

The Bahamian-American actor was known for films including In The Heat Of The Night, Blackboard Jungle and Guess Who’s Coming To Dinner – and was the first black man to win the Oscar for best actor.

Former US president Mr Obama shared a photo of himself and his wife Michelle standing alongside Poitier after he had awarded the esteemed actor the Presidential Medal of Freedom in 2009.

Mr Obama wrote: “Through his groundbreaking roles and singular talent, Sidney Poitier epitomised dignity and grace, revealing the power of movies to bring us closer together.

“He also opened doors for a generation of actors.

“Michelle and I send our love to his family and legion of fans.”

US talk show host Winfrey posted a photo of the pair in a joyful embrace and added an emotional message, saying: “For me, the greatest of the ‘Great Trees’ has fallen: Sidney Poitier.

“My honour to have loved him as a mentor. Friend. Brother. Confidant. Wisdom teacher.

“The utmost, highest regard and praise for his most magnificent, gracious, eloquent life.

“I treasured him. I adored him. He had an enormous soul I will forever cherish. Blessings to Joanna and his world of beautiful daughters.”

Former tennis world number one and equality activist Billie Jean King reflected on standout achievements from his career in a post to Twitter, adding: “He was a trailblazer in acting & directing & paved the way for many to follow. Rest In Peace.”

Actress Reese Witherspoon posted a photo of her and Poitier to Twitter and said: “Today we lost a legend. I was lucky enough to spend some time with Sidney Poitier.

“As a long time fan, I cherished hearing his incredible stories of how he changed perceptions in Hollywood.

“His incredible performances are filled with dignity, strength, truth and deep humanity.”

Singing legend Diana Ross also paid her condolences to Poitier’s family and shared a black and white photo of her and the actor, adding: “A wonderful, great man, Will always be remembered.”

Star Trek star LeVar Burton spoke of the impact Poitier had on his life, calling him his “North Star and guiding light”.

He added: “The very personification of elegance, eloquence, effortless grace and humanity, I have admired and emulated him my entire life.

“Without Sidney Poitier, quite simply, there would be no LeVar Burton.”

Sharing a series of photos of herself and Poitier, comedian Kathy Griffin said it was “an honour and unimaginable opportunity” to make him Poitier laugh and said she was thinking about his family.

Jeffrey Wright, Whoopi Goldberg and Joseph Gordon-Levitt were also among those paying tribute.

Bond star Wright said on Twitter: “Sidney Poitier. What a landmark actor. One of a kind. What a beautiful, gracious, warm, genuinely regal man. RIP, Sir. With love.”

Goldberg quoted the lyrics to the song To Sir With Love, which soundtracked Poitier’s 1967 film.

She said on Twitter: “If you wanted the sky i would write across the sky in letters that would soar a thousand feet high.. To Sir… with Love. Sir Sidney Poitier R.I.P. He showed us how to reach for the stars.”

Gordon-Levitt described him as “An absolute legend. One of the greats”.

Star Trek actor George Takei said Poitier was a “trailblazer who will be mourned by so many for whom he opened the very doors of Hollywood”.

Viola Davis described his death as “a big one”.

She added on Instagram: “No words can describe how your work radically shifted my life. The dignity, normalcy, strength, excellence and sheer electricity you brought to your roles showed us that we, as Black folks, mattered!!!

“It was an honour for my husband and I to share lunch with you at Spagos. You told us, ‘If your dreams do not scare you, they’re not big enough’!

“I put this quote on my daughter’s wall. Rest well Mr. Poitier. Thank you! Thank you for leaving a legacy. May flights of angels sing thee to thy rest.”

The Prime Minister of the Bahamas, Philip Davis, held a press conference during which he reflected on Poitier’s legacy.

He said: “Our whole Bahamas grieves. But even as we mourn, we celebrate the life of a great Bahamian.

“A cultural icon, an actor and film director, civil and human rights activist and a diplomat.

“We admire the man not just because of his colossal achievements, but also because of who he was.

“His strength of character, his willingness to stand up and be counted and the way he plotted and navigated his life’s journey.

“The boy who moved from the tomato farm to become a waiter in the United States, a young man who not only taught himself to read and write, but who made the expression of words and thoughts and feelings central to his career.”

Best known for his work during the 50s and 60s, Poitier helped pave the way for generations of African-American actors.

Poitier grew up in the Bahamas, which was then a British colony, and returned to America aged 15 and worked in a string of low-paid jobs until he later joined the American Negro Theatre, which had been set up as a community project in Harlem in 1940.

His first major role came in Aristophanes’ comedy Lysistrata in 1946 but by 1949 he had moved away from theatre and into film.

In 1963, he was awarded an Oscar for Lilies Of The Field, in which he played a Baptist handyman who builds a chapel for a group of Roman Catholic nuns, and became the first black winner of the best actor trophy.

The Academy said on Twitter following his death: “Poitier was barrier-breaking and an enduring inspiration who advanced US racial dialogue through his art. Few movie stars have had or will have the influence Poitier had both on and off screen.”

The actor was granted an honorary knighthood in 1974 through his Bahamian heritage and in 1995 he received the Kennedy Centre Honour.