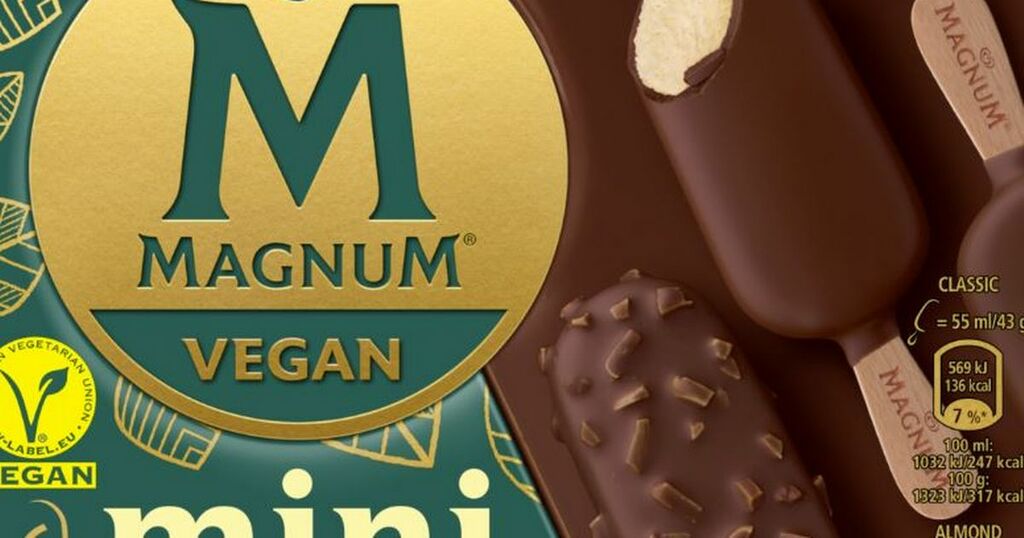 In a bid to lift the nation’s mood in what is widely considered to be a gloomy month, ice cream giant Magnum is releasing mini versions of its tasty plant-based ice creams.

Fans of vegan ice cream can now bat away January blues with new vegan Magnum Minis which are the perfect sweet treat and a pick-me-up all rolled into one.

The launch coincides with Veganuary which means vegan ice cream fans can also satisfy their sweet tooth by enjoying mini treats on the go.

The Vegan Magnum Mini Classic is made with creamy, dreamy Madagascan vanilla ice cream enrobed in Magnum vegan cracking chocolate for those who like traditional flavours.

Pea protein is the unusual ingredient that helps bring Magnum ice cream to life, creating a plant-based ice cream that has a stunning flavour profile with a silky smooth texture.

From the sustainably sourced West African cocoa used in the cracking chocolate certified by The Rainforest Alliance, to the high-quality Madagascan vanilla and Californian almonds, Magnum’s plant-based core range have all been awarded the PETA Vegan Food Award.

“Veganuary’s role is to help people choose plant-based foods, whether their motivation is health, planet, people or animals.

“And it is much easier to persuade people to try vegan if there is plenty of great-tasting, high-quality food like this readily available in shops!’’

Multipacks of the new Vegan Magnum Minis are available to buy from Sainsburys, Tesco and Ocado for RRP £4.29 (price at discretion of retailers).

For more stories where you live visit InYourArea.