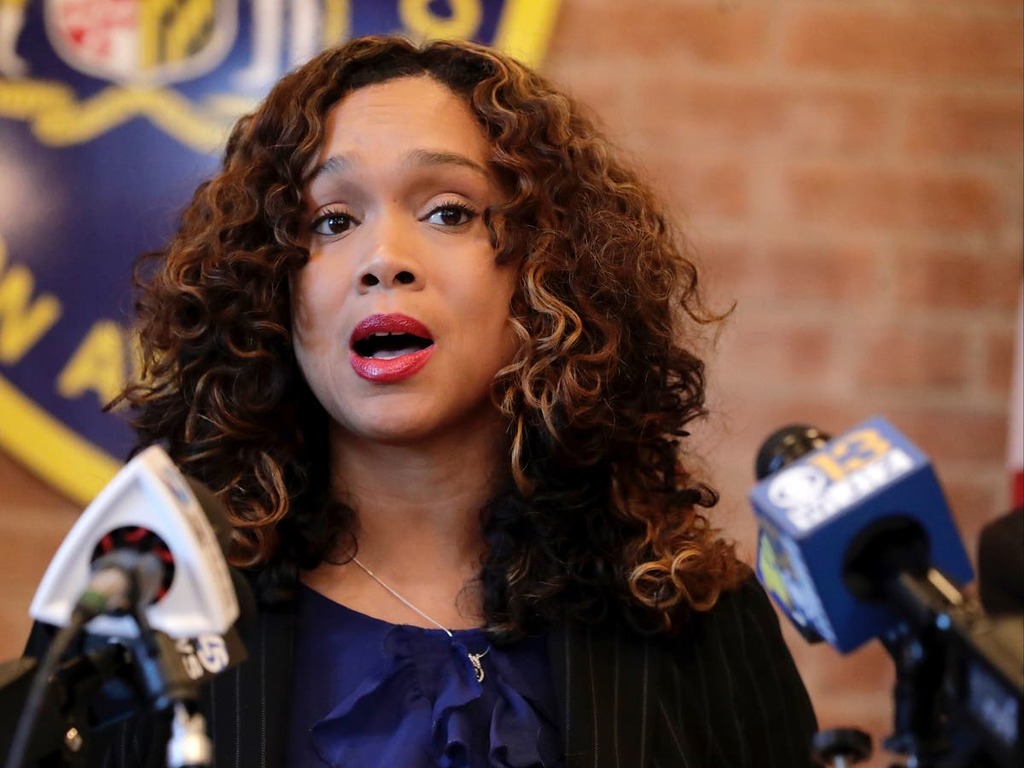 The Maryland state’s attorney for Baltimore has been accused of making false mortgage applications for two homes in Florida and for perjury of Covid-relief.

Marilyn Mosby was named by the Department of Justice on Thursday in an indictment that alleged four counts of wrongdoing against the 41-year-old.

It was alleged that Ms Mosby lied about her circumstances to request almost $90,000 (£65,88) in funds from her retirement plan early.

The funds for Baltimore’s retirement distribution plan in 2020 came from the Coronavirus Aid, Relief, and Economic Security Act, or CARES Act, and was intended for anyone who was experiencing financial difficulties.

“In each request, the indictment alleges that Mosby falsely certified that she met at least one of the qualifications for a distribution as defined under the CARES Act,” the indictment read.

That included dealing with “adverse financial consequences from the Coronavirus as a result of being quarantined, furloughed, or laid off”, among a host of qualifications she did not allegedly meet.

Federal prosecutors also alleged that Ms Mosby lied on application forms for mortgages to purchase a home and a condominium in Florida in 2020.

Ms Mosby was required to disclose liabilities, but allegedly did not disclose her unpaid federal taxes and a lien issued by the Internal Revenue Service (IRS) against her properties amounting to $45,022 (£32,95) – the amount of unpaid taxes she allegedly owed in March 2020.

The IRS states that a “federal tax lien is the government’s legal claim against your property when you neglect or fail to pay a tax debt.”

An attorney for Ms Mosby said in a statement on Thursday “that she will prevail against these bogus charges”.

“We will fight these charges vigorously, and I remain confident that once all the evidence is presented, that she will prevail against these bogus charges – charges that are rooted in personal, political and racial animus five months from her election,” said attorney A Scott Bolden.

Federal authorities have previously subpoenaed the Maryland State Board of Elections for business and campaign finance records related to Ms Mosby and her husband dating back to 2014.

Additional reporting by The Associated Press.