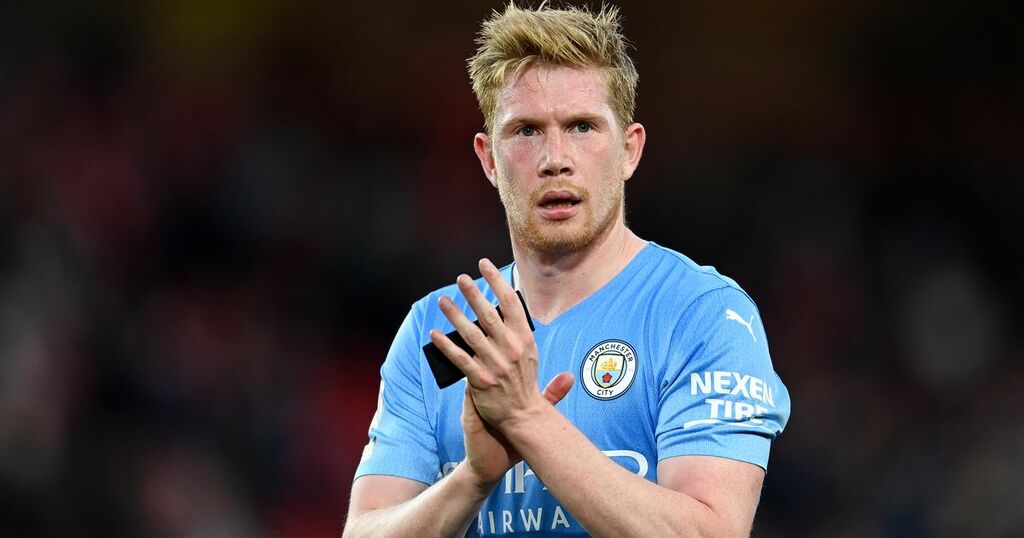 Manchester City talisman Kevin de Bruyne is expected to be named as a Ballon D'or nominee this afternoon.

After a year hiatus due to the impact of the coronavirus pandemic across global domestic football, the world's most prestigious individual football award will make a return later this year.

This afternoon, 30 players will be shortlisted as nominees for the award.

And after once again being named PFA Player's Player of the Year, as well as leading City to a Premier League trophy and a Champions League final, the Belgian will almost certainly be considered as one of the favourites this year.

The last 12 years of the Ballon D'Or has been dominated by two men: Lionel Messi (six-time winner) and Cristiano Ronaldo (five-time winner).

If he were to win the award, De Bruyne would be one of only two midfielders to win the award since in 14 years - with Kaka (2008) and Luke Modric (2018) before him. He would also be Manchester City 's first-ever Ballon D'Or winner.

But who do the bookmakers have as their favourites?

As previously mentioned, Lionel Messi's statistics speak for themselves. A simply dominant attacking player who dragged Barcelona to a title run last season - they're really struggling without him.

Aged 33, the Polish striker is arguably in the form of his life. Scoring 41 goals in 29 games whilst leading Bayern Munich to a Bundesliga championship, Lewandowski is performing like the best number 9 on the planet - and continues to impress this season with seven goals in as many games.

A somewhat maligned player, Jorginho has simply had an incredibly year. He became an important figure for Thomas Tuchel's Chelsea and was one of their better performers on their way to winning the Champions League final, before going on to win the European Championship with Italy.

Manchester City's talisman had a simply phenomenal year as his side would go on to cruise to a Premier League title. He was named PFA Player's Player of the year for the second consecutive season.

Along with Jorginho, the Frenchman was vital in Chelsea's Champions League run. Arguably the best box-to-box midfielder in the world - N'Golo Kante has gone from underrated and underappreciated to Ballon D'Or contender.

Strangely lowdown amongst the favourites, it seems Ronaldo's previous season is being taken for granted. With 34 goals and four assists in 47 appearances - CR7 will certainly be considered for the award once again this year.