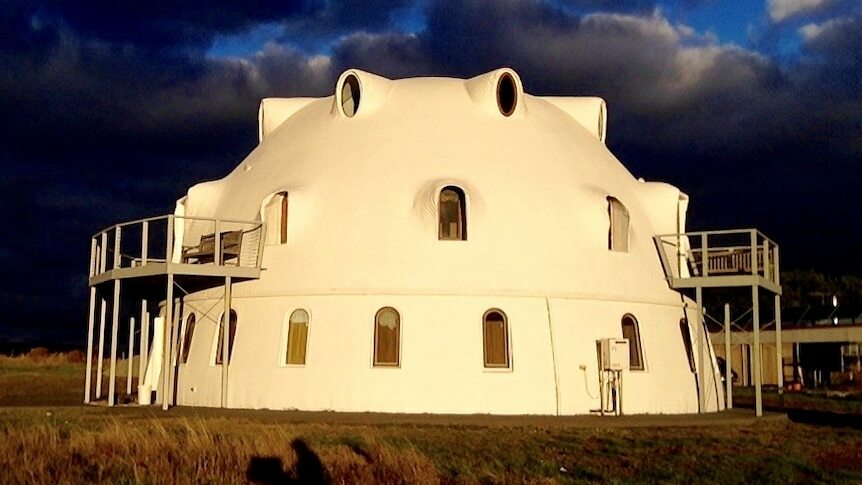 For some, it was an eyesore, for others a tourist attraction. Now a unique dome house 80 kilometres west of Melbourne has been demolished to make way for a new development.

The demolition of the building on Denholms Road in Ballan began this week.

The building's demise has been met with a mixed response from locals, with some welcoming the removal of an "eyesore" and others lamenting the loss of an iconic building.

Clearly visible from Ballan Railway Station, the home was known by many different names including the bubble house, the beehive, the igloo and the spaceship.

The original owner-builder Tony Clarke told ABC Radio Melbourne it was "quite emotional" to hear the house was no more.

He sold the 3-hectare property a few years ago after inheriting debt from his late brother.

"When they bought it they said, 'Oh yes, we'll be keeping the dome house, it'll be part of the aged care facility that we eventually build,'" Mr Clarke said.

Mr Clarke became interested in building a dome house after his brother built a similar structure in Beech Forest in the 1970s.

The migration agent attended a few building courses in the United States and "eventually put everything together to build it as an owner-builder".

"It's always warm in winter and cool in summer, it's got all these attributes to it that make it a really good place to have built."

The ABC has contacted Moorabool City Council and the organisation that bought the property from Mr Clarke to find out more about the new development plans but are yet to hear back.