Bali is reopening but will anyone apart from its biggest fans go? 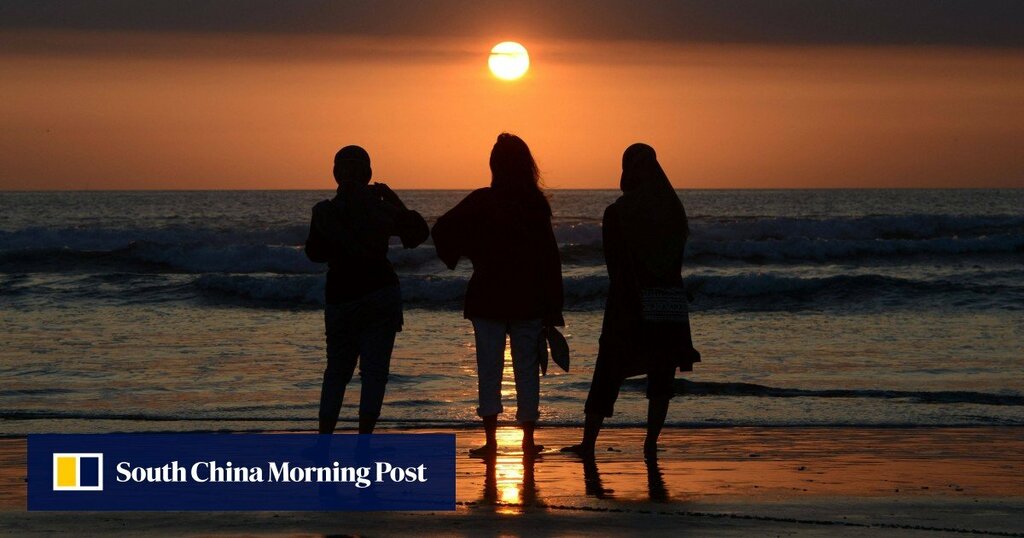 In April 2020, the unthinkable happened in Bali: authorities closed the international airport to prevent the further import of Covid-19, turning off the tap for 60 per cent of the island’s GDP and causing 42 per cent of the workforce to lose their incomes, according to new figures from data company Statista.

Now, after 18 months of border closures and economic pain, three false starts, a deadly second wave that briefly saw Indonesia become the global epicentre of the pandemic, and a vaccination drive that has fully inoculated 65 per cent of the island’s population, Bali’s international airport is set to reopen. If all goes to plan, flights will start arriving on October 14.

Although only tourists from select countries will be admitted at first – China, South Korea, Japan, the United Arab Emirates and New Zealand – the news is being celebrated around the world by people who have fond memories of holidaying in Bali and those who dream of visiting the island for the first time.

Bali has consistently topped travel polls during the pandemic, including TripAdvisor’s 2021 list of the world’s most popular destinations. Indonesia’s tourism ministry is banking on that nostalgia to bring 3.6 million foreign visitors to the island in 2022 – more than double the number that visited in 2020 but still a shadow of the 6.3 million that visited in 2019.

Don’t pack your bags yet though – there are still strict entry rules.

The first and largest deal-breaker is a mandatory five-day quarantine at an accredited three- to five-star hotel, starting from US$60 per night. However, a recent survey by the International Air Transport Association found that 84 per cent of respondents have no interest in holidaying at destinations that require quarantine of any length. And as visitors’ Balinese holidays average about nine days, according to Statista, even one night in quarantine will put off a lot of travellers, even if they are Bali-philes.

Those travellers might instead choose to visit the Maldives. The island chain reopened its borders to tourists of all nationalities without quarantine in July, welcoming almost 115,000 tourists in September, and is bracing for a surge in tourist traffic in coming months, with many top resorts already fully booked for the Christmas-New Year period.

Meanwhile, the modest success of Phuket’s sandbox experiment – 41,000 foreign tourists have visited the island in the space of three months – is credited to the fact that quarantine is not required for those who pass a PCR test on arrival. After spending seven days on the island and passing another PCR test, they are free to travel anywhere in Thailand.

Suggesting the sandbox programme has worked, Bangkok announced this week that from next month, it will no longer require international visitors to Thailand from at least 10 low-risk nations, including China and Singapore, to quarantine if they are fully vaccinated for Covid-19.

Nepal, which saw tourist numbers fall from 1.2 million in 2019 to 67,000 in the first eight months of this year, took a cue from the Thais and started allowing fully vaccinated travellers to visit without quarantine in September. The Nepalese are even trying to lure travellers who cannot or will not take a Covid-19 vaccine by reducing their mandatory quarantine period from 14 to 10 days.

Sri Lanka, which opened its borders in January but saw only 38,000 foreign tourists visit during the first nine months of this year, is now also offering quarantine-free stays for fully vaccinated foreigners. Sri Lanka has also reintroduced its visa-on-arrival scheme.

Tourist visas will be granted to foreigners arriving in India on charter flights from October 15 and on all flights from November 15.

Travellers arriving in Phuket can also apply for a visa on arrival but Indonesia is holding back. Instead, would-be visitors, including to Bali, must pre-apply for 60-day business or social visas at Indonesian embassies in their country of residence.

The application process is quite straightforward and cheap and has been used by hundreds of thousands of Russians, Europeans and Americans to enter Indonesia through the back door during the pandemic. But that process essentially requires applicants to lie about the purpose of their visit and presents another speed bump for the vast majority of short-stay travellers.

Tourists arriving in Indonesia will also have to be fully vaccinated, present a negative PCR test result from their country of origin and pass another PCR test on arrival. They must also have travel insurance and download PeduliLindungi – Indonesia’s vaccine passport and Covid-19 tracing app – on their phones, which currently does not work.* On their last day of quarantine, they must undergo another PCR test. Those who fail will be escorted to a very expensive private hospital for treatment and isolation until the virus leaves their system.

And what exactly awaits travellers who pass all these hurdles in Bali? You have the freedom to do just about anything you can afford – and without the tourist hordes.

According to official Indonesian government communiques, restaurants, bars, shopping centres, beaches and temples can operate only at 50 per cent capacity. Masks are also supposed to be worn at all times outside. But only a small number of venues, generally the larger ones and those based in luxury hotels, stick to these protocols 24/7.

Beach clubs insist you wear a mask to get in but once inside you can take it off, order a bottle of vodka and forget all about the pandemic. Nightclubs in Seminyak are now open again and doing a roaring trade due to pent-up demand from Jakartan refugees and the expatriate community. On entry, staff will place a sticker over the camera on your phone or hold it for you to prevent photos of mask-less people on crowded dance floors from appearing on social media. The same thing applies to gyms and day spas: wear a mask to get in and then do as you please.

If nightlife, shopping, eating out and people watching is what you are after, bypass Kuta, which is still a ghost town, and head to Canggu, the west-coast hipster surfing mecca where the party never stopped.

But for those who want to see the real Bali and some of the island of yesteryear, there’s never been a better time to do so than right now. Bali’s spiritual capital, Ubud, which was overflowing with yoga-mat-carrying tourists before the pandemic, has once again become a place of peace and introspection where you can spend hours at a temple, cafe or waterfall without being disturbed. And at places like Amed and Candidasa, on the east coast, Lovina in the north and anywhere in west Bali, you can have a beach all to yourself.

Bali’s Hindu ceremonies are also back in full swing. Last week, roads near the beach town of Sanur were cordoned off for the funeral of a Hindu priest at which thousands of devotees wheeled a two-storey-high funeral pyre while chanting and praying to their gods.

And the cherry on the cake: accommodation in Bali is a steal, with discounts of up to 70 per cent.

Yes, Bali is lovelier and less crowded than it has been in decades. But unless you are planning to stay for a month or two, it’s just not worth the hassle, expense nor the risk right now. In fact, the only thing that has changed compared to this time last year is that now you can fly straight to Bali and quarantine on the island instead of in Jakarta – and you must be fully vaccinated.

And while many of Bali’s unemployed will be throwing their arms up in the air, it shows how traumatised the Indonesian government is after July’s deadly second wave and its determination to prevent something similar from happening again. By opening gradually – Bali probably won’t open in earnest until sometime next year – the authorities are showing the world they have learned from their mistakes and can be trusted to provide a safe holiday environment for all.