If you've ever wanted to see two gross grandfathers struggle with social media on social media while talking about "kids these days," Alec Baldwin and Woody Allen have a treat for you. On Tuesday, Baldwin interviewed Allen for nearly an hour on Baldwin's Instagram Live, though a portion of that time was taken up by technical difficulties.

In theory, Allen was being interviewed to promote his new book, a collection of short humor pieces titled "Zero Gravity." It was a rare interview for the 86-year-old Allen, but one in which he was certain never to be asked any difficult questions (or, in the course of the rambling interview, very many questions at all). But the fact of the interview itself leads to a question: why was this allowed to happen?

Allen, Academy Award-winning filmmaker of such films as "Annie Hall" and "Everything You Always Wanted to Know About Sex (But Were Afraid to Ask)," has spent the last few decades mired in controversy. In 1992, Allen was first accused of sexual abuse when a babysitter observed him with his young daughter, Dylan Farrow. A judge in 1993, when Allen attempted to obtain custody of the children with actor Mia Farrow, called Allen's behavior "grossly inappropriate." No charges were officially filed but Dylan Farrow continued to attest that Allen had sexually abused her. As Vanity Fair wrote, "For 30 years this has remained one of the most disturbing stories in Hollywood."

While real consequences for sexual assault and abuse continue to be rare for men, the public appetite for Allen's work has soured.

Allen was also accused of physically abusing his children, including son Moses. In 1992, Mia Farrow discovered in Allen's apartment nude photos of daughter Soon-Yi, whom she had adopted in 1977 and who had been raised by Farrow and Allen. Soon-Yi was about 21 at the time of the photos and had met Allen at age 7. When Soon-Yi was 27, she and Allen, who was then 62, married. They adopted two little girls.

One of Allen's children with Mia Farrow grew up to become Ronan Farrow, the highly-respected New Yorker writer and journalist known for his work reporting sexual abuse crimes, including the alleged crimes of his father. After Dylan wrote a piece for the Los Angeles Times called "Why has the #MeToo revolution spared Woody Allen?" many actors who had worked with Allen previously such as Colin Firth, Kate Winslet and Timothée Chalamet distanced themselves from the director, including donating their salaries from his films and publicly vowing to never work with him again.

While real consequences for sexual assault and abuse continue to be rare for men, the public appetite for Allen's work has soured. Allen's films have consistently tanked the last few years. In 2019, Amazon canceled a $68 million deal with him. His film released this year "Rifkin's Festival" grossed a paltry $24,000 at the box office. In 2021, HBO aired a four-part docuseries about the allegations against him, titled "Allen v. Farrow." As Melanie McFarland wrote in her review, "If you're still watching Woody Allen's films, this scathing four-part documentary series asks you to ponder why."

Baldwin is perhaps a good match for Allen, having been mired in muck of his own for years. In 1995, he allegedly assaulted a photographer. In 2011, he was forcibly escorted off a plane after becoming belligerent. An angry voicemail he left his daughter, calling her a "rude, thoughtless pig," went public in 2007. He had been banned by a court from seeing his daughter, who was 11 years old at the time.

More recently, cinematographer Halyna Hutchins died on the 2021 set of Baldwin's film "Rust" after a live round was discharged from a prop gun fired by Baldwin. Director Joel Souza was also injured. The Santa Fe County Sheriff's Office is continuing to investigate the incident, and Baldwin is the subject of multiple lawsuits.

Baldwin has a podcast, "Here's the Thing." But his interview with Allen did not happen on that podcast, and it shows.

The first chunk of the interview is taken up by technical difficulties. The men do not seem to understand the video is live. Allen complains about a delay and does not know how to adjust the camera so more of his face can be seen. At one point, dogs begin barking on Baldwin's end, and he leaps up to yell at an apparent staff member in bad Spanish.

The tech glitches inspire the men to talk at length about how they hate social media (even though the video is airing on social media) with Baldwin saying young people have turned into zombies and worship screens like monkeys in "2001: A Space Odyssey." Allen says about his Facebook page: "Someone else handles that for me." "I've never been interested in gadgetry, cameras," says the director who, one presumes, has used a camera.

Did staffers on Baldwin's podcast protest, as in 2020 when publishing employees walked out to protest the publication of Allen's memoir?

Produced by iHeartPodcasts, the Baldwin podcast "Here's the Thing" features the actor interviewing celebrities, described as Baldwin "tak[ing] listeners into the lives of artists, policy makers and performers." Emphasis on performers. Past guests have included David Letterman, Chris Rock and Barbara Streisand as "Alec sidesteps the predictable by going inside the dressing rooms, apartments, and offices of people we want to understand better." Allen seems like a good fit to add to that list, and it's not immediately clear why the lengthy interview aired on the glitch-laden, personal livestream with neither Baldwin nor Allen having access to an army of producers, tech whizzes and others to help.

The production value on the interview is predictably bad. Baldwin is wearing a visor, like he just came in from golfing, and sits before a cluttered mantle Room Rater would not score highly. Allen looks like he's in a haunted inn in Westchester. There is a lot of freezing, lost video. Baldwin criticizes Allen's wi-fi situation. Who greenlit this? Anyone? Or, is this a case of a quasi-canceled man wanting to give airtime to another?

In announcing the interview, again on social media, Baldwin, who giggled when he said the name of his guest as if Allen is a backroom secret, wrote defiantly in the caption: "I have ZERO INTEREST in anyone's judgments."

Does that include his producing and podcast staff? His publicists and anyone who might have said told him no? Did staffers on Baldwin's podcast protest, as in 2020 when publishing employees walked out of the Hachette Book Group's offices in New York to protest the publication of Allen's memoir "Apropos of Nothing"? (Baldwin loved that book, by the way.)

Representatives from iHeartPodcasts and CalvaryMedia, which also produces "Here's the Thing," did not respond to requests for comment.

Allen's book dedication mentions "our two lovely daughters who have grown up before our eyes" and compares his wife, whom he first met as a young daughter, to a vampire.

After strong criticism, Hachette announced it would no longer publish Allen's memoir, which was released instead by Arcade Publishing. Allen's new book is published by Skyhorse, which has a reputation for giving a platform to writers of ill repute. In an article, which also examines allegations of extreme workplace misconduct, toxicity and abuse at the small publisher, Vanity Fair described Skyhorse as a "House of Horrors."

Perhaps a good place for Allen, whose book dedication mentions "our two lovely daughters who have grown up before our eyes" and compares his wife, whom he first met as a young daughter, to a vampire. And perhaps a spotty, interrupted and sparsely attended livestream is the best and only place for this talk.

But #BookTok, never fear. Baldwin is not coming for your work. Not once in the long interview does Baldwin show the cover of Allen's book or sell it in a meaningful way. Of course, Baldwin raises no questions about Allen's abuse allegations; it is inconceivable that Allen would agree to the interview unless he knew it was a soft coddling. But the two men don't talk about much at all. As one of my colleagues said, their conversation manages to be both offensive and boring, something you would move away from at a coffeeshop.

"It's still the greatest day of your life, isn't it?" Baldwin says to Allen in the way of men who have been left behind by a world which would rather forget them. "Being on Instagram?" 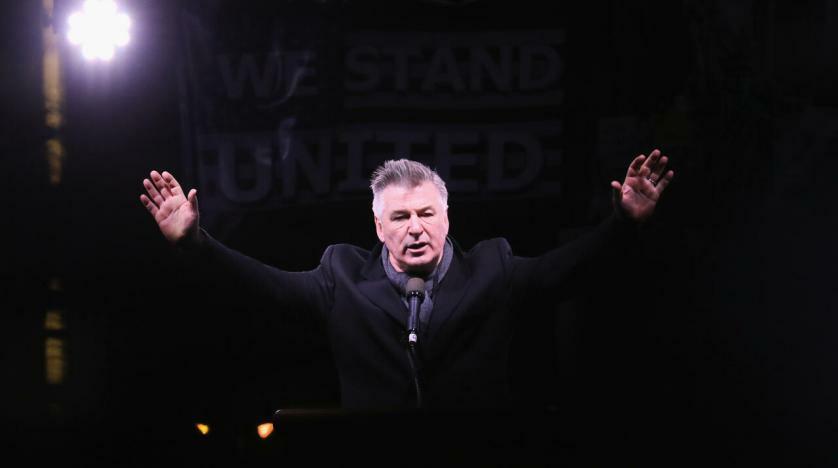