The profile and speed of the pit entry chicane has been a talking point since Baku's inaugural F1 event in 2016, with cars having to slow down rapidly from top speed.

Last year, though, the scrutiny intensified when former world champion Nico Rosberg labelled it as one of the most dangerous places on the F1 calendar.

"Imagine something breaks on the car here," he said in a preview video to the event. "You're at 350 kph. On the left, there's just a wall, and it's facing you. If something breaks and you're in that wall, it's the end, there's no more you.

"This is one of the most scary places I've ever driven an F1 car in. To go by there just feels ridiculously wrong. But you have to try and blend it out."

Sebastian Vettel also reckoned after last year's GP, where Max Verstappen and Lance Stroll suffered failures on the run down to the start-finish straight, that they had got lucky to end up spinning nowhere near the pit entry.

While the FIA defended the design last year and saw no reason to make a change, it has emerged that tweaks are to be made.

Baku race promoter Arif Rahimov revealed on Monday that the entrance was being reprofiled in a bid to help improve safety at the venue.

Asked by Motorsport.com about changes to the circuit for this year, he said: "We are slightly changing the pitlane entrance.

"There are no changes to the track itself, but we've been requested by the FIA to slightly modify the pitlane entrance so it's a little bit safer.

"We'll see how it goes. Drivers don't typically make many mistakes on entering the pitlane."

Rahimov said there were no other specific changes to the circuit, although he said the situation regarding kerbs – which can be more troublesome for the current generation of F1 cars – would be reviewed over the weekend.

"Sometimes the drivers come in and they do their practice session and they say, 'okay, at that spot there, the steel kerb there needs to go or we need to add it.'" he explained.

"For the turn next to the Old City, the narrow section, we've been playing with the kerbs since day one. We've been adding it and removing it and then adding it again, so you can't really know until the cars hit the tarmac."

Baku's current contract runs until the 2024 race and Rahimov said discussions had not yet started about a potential extension.

However, one thing he was especially eager to see was for Baku to secure one of the six sprint races that are being planned for next year. He said it was something he wanted to address with F1 bosses at next month's GP.

"That is on my agenda for this year's race," he said. "With how busy F1 is right now, I think the best time to get their attention into the novelties is when they're here actually racing.

"I'm a big proponent for it [the sprint races]. I really like the idea. I think it's good to just mix things around a little bit throughout the years.

"Things can get boring when people get too used to the same format, and then they lose their interest. So when these sort of changes come in, I think it's good for the sport." 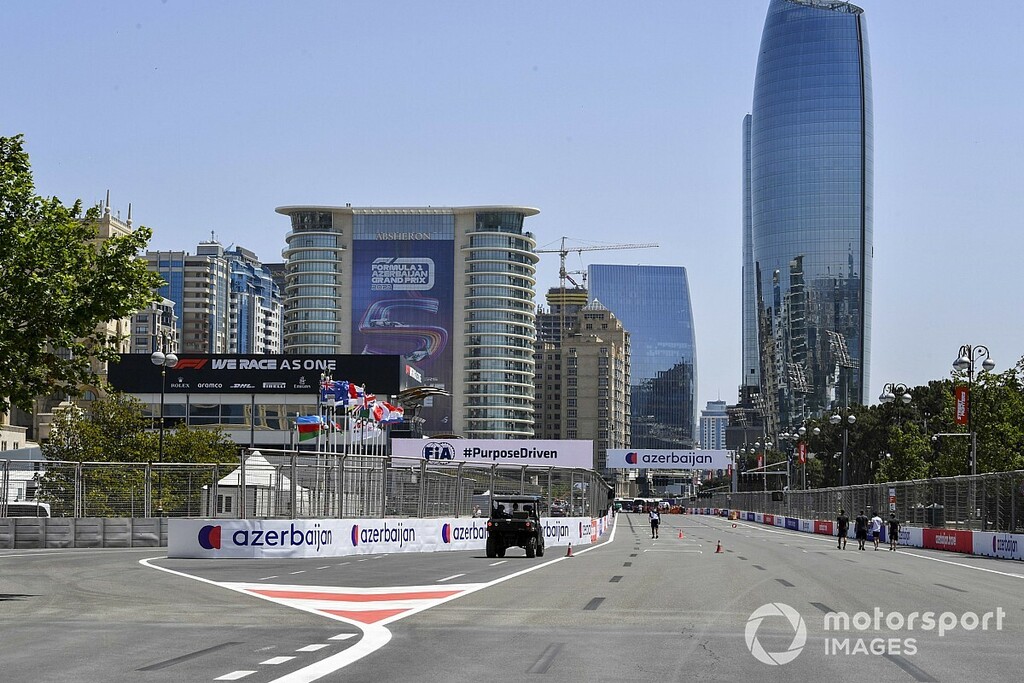 Baku to tweak pitlane entry, eyes 2023 F1 sprint race
Baku will make modifications to its pitlane entry for next month's Azerbaijan Grand Prix, amid intense debate about the safety…