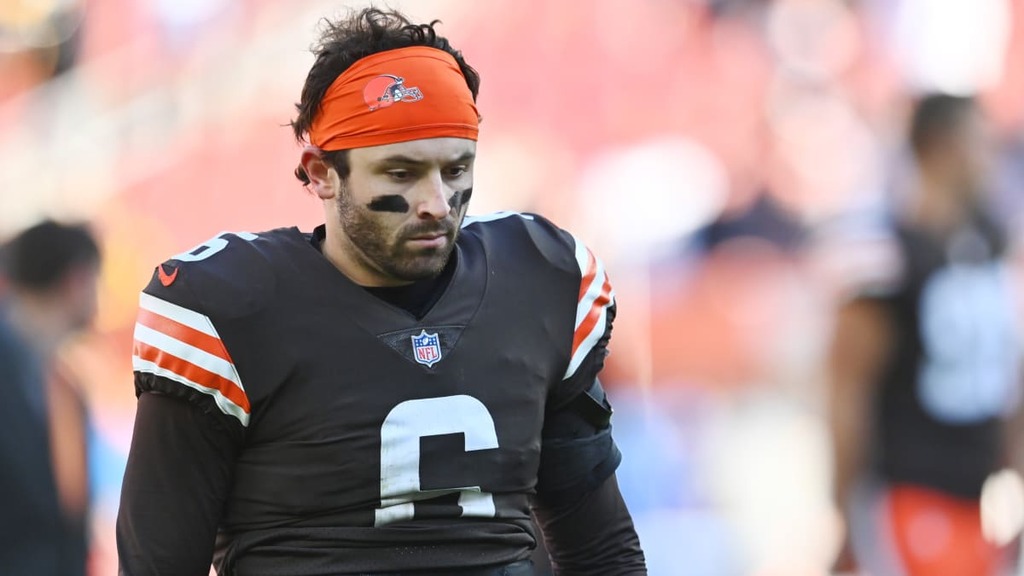 As Browns quarterback Baker Mayfield addressed the media following Wednesday's practice, his mind was far from the football field and on a much more serious issue.

Mayfield discussed the pending fate of Oklahoma death-row inmate Julius Jones, who Mayfield has publicly advocated for his exoneration and innocence. Jones, 41, has been on death row for two decades after being sentenced for the 1999 murder of Paul Howell, who was shot in a carjacking. Jones has maintained his innocence throughout his incarceration, though is set to be executed on Thursday at 4 p.m. CT.

"It's pretty rough, to be honest with you," Mayfield said when asked about the situation. "That's not something that's easy to talk about. We've been trying to get the facts stated, and the truth to be told for a while, but it's tough to think about.

Jones has asserted that his co-defendant, Christopher Jordan—who accepted a plea deal as a getaway driver and has since been released—was the actual shooter, and framed Jones for the crime. Other aspects of the trial have reportedly come under question, including juror selection and alleged misconduct by the district attorney at the time.

Last season, Mayfield wore a helmet sticker with Jones's name on it. The Browns quarterback joined a chorus of family, friends and concerned citizens throughout Oklahoma to speak out in support of Jones.

"Hopefully, God can intervene and handle it correctly, and do the things He needs to do," Mayfield said before ending the media session.