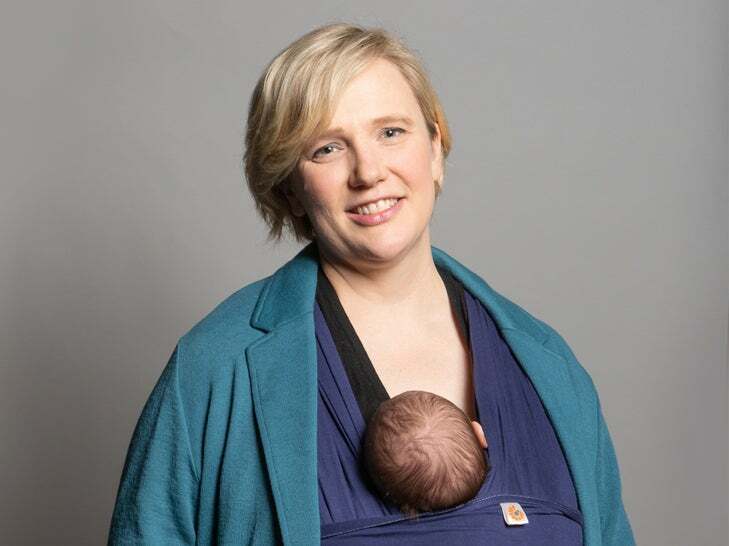 A Labour MP has triggered a debate after she was told she was not allowed to bring her three-month-year-old son, Pip, to the House of Commons.

Posting on Twitter, Stella Creasy shared an email she received reprimanding her for bringing her baby into parliament, informing her that it was against the rules. She expressed surprise about the note, writing: “Mothers in the mother of all parliament are not to be seen or heard it seems”.

Apparently Parliament has written a rule which means I can’t take my well behaved, 3-month old, sleeping baby when I speak in chamber. (Still no rule on wearing masks btw).

Mothers in the mother of all parliament are not to be seen or heard it seems….#21stCenturyCalling pic.twitter.com/rKB7WbYQrL

The Walthamstow MP had been leading a debate on buy-now-pay-later consumer credit schemes on Tuesday afternoon. MPs must be physically present at Westminster to represent their constituents’ views during Commons debates.

Pip was asleep throughout. Tory former minister Paul Maynard told the debate: “I congratulate Pip on taking the sensible decision to fall asleep during his mother’s speech.

“He had a nice long sleep, as we can all observe, which was perhaps a sensible decision by him.”Labour frontbencher Pat McFadden added:

“I also thank our youngest member, who has attended the debate and been as good as gold throughout.”

However, she was giving a telling off because the Commons’ rule book, which was issued by the speaker and deputy speakers and updated in September, says: “You should not take your seat in the chamber when accompanied by your child, nor stand at either end of the Chamber, between divisions.”

MPs are entitled to paid maternity leave for six months and a proxy vote. However, some have said it is difficult to obtain funding for adequate maternity cover.

But Creasy has also taken her child into the Commons before without triggering such an issue.

On 23 September, with her then-newborn son in a sling, she asked Jacob Rees-Mogg if he would consider revising other rules which mean that MPs on parental leave must give up the proxy vote they are permitted if they want to speak occasionally in the chamber.

Rees-Mogg defended the rules, but told Creasy he wanted to “congratulate her on the impeccable behaviour of her infant”.

Meanwhile, another MP, Alex Davies-Jones, said she had been assured by Commons Speaker Lindsay Hoyle that if she needed to breastfeed her child in the chamber she could do so. And former Liberal Democrat MP Jo Swinson brought her child into the Commons in 2018.

Reacting to the issue, lots of people sympathised with Creasy and said mothers should be allowed flexible working arrangements to balance childcare and work:

clearly being a mother is not seen as an acceptable 2nd job More women in politics not likely with the current rules
Stella Creasy surprised after reprimand for bringing infant into Commons https://t.co/XeKwthLLUS

Stop gaslighting Stella Creasy. MPs don’t get maternity leave. No one covers her role serving constituents. What’s she meant to do?

I used to park my baby’s pram out of shot to do national media interviews. As a Mum you do what you can, you do your best, and it’s hard work.

This is silly. Babies - so long as they are being carried and are silent - should be allowed in.

Noisy or older (non-baby) children are where the line should be drawn. https://t.co/KqTFktKJNM

How on earth can we progress as a country when women are treated like this at work?
Parliament should be setting an example for the rest of the country to follow.
More male, stale, pale rules.
While I'm having a rant they need to wear masks too! https://t.co/3rTWXhw7WZ

Tory minister Dominic Raab said he had “sympathy” with Stella but said it was for the House of Commons to decide.

“We’ve got to try and make that as flexible as we can,” he said.

"We need to make sure we are in the 21st century."

Justice Secretary @DominicRaab says he has "sympathy" for Labour's Stella Creasy, who received an email reminding her she should not bring her baby into the chamber when speaking in a debate.#KayBurley: https://t.co/IrnWpWrhUv pic.twitter.com/Ou3vUqqFjd

Caroline Lucas, the Green MP, said the rule is “absurd” and “absolutely needs to be challenged”, adding that babies are “far less disruptive than many braying backbenchers”.

Meanwhile, lots of people made the same joke about how it is ironic babies aren’t allowed in parliament given the state of some of our MPs:

its extra maddening that stella creasy cant bring her baby when you there's loads of other babies in westminster...

So it’s against the rules for Stella Creasy MP to take her breastfeeding three-month-old into the House of Commons, but it’s fine for a petulant toddler with a Peppa Pig obsession to sit on the front bench?

But unsurprisingly, not everyone took a generous view and said children should not be allowed in workplaces:

Labour MP Stella Creasy has complained that she has been banned from taking her 3-month-old baby into the Commons chamber.

Julia says: "Does any mother take their baby into work everyday? I didn't. I'm sorry, get over yourself love."@JuliaHB1 pic.twitter.com/q0Z1uoHT3G

I don't think anyone "normal" expects to be allowed to bring a baby on the shop floor.

Would a GP take her baby to the surgery? Would a teacher take her baby into a classroom? The answer, of course, is 'no' and I can't see how or why an MP should be different.

Creasy replied to a number of people trolling her, including other politicians, to hammer home her point:

Hi susan sorry to hear this is attitude of GLA conservatives - in the real world mothers would have maternity cover so they could be with a very small baby. Perhaps rather than making it harder for parenting and politics to mix, join with us in changing the system..🤷‍♀️ https://t.co/2rLeFEwYux

And in a separate post, she urged support for a campaign to get more mothers involved in politics.

“Other countries show it doesn’t have to be this way - If you want things to change so politics and parenting can mix, please join our project to help directly support mums of young children to stand for office.”

A House of Commons spokesperson said they were “currently in communication with Stella Creasy” about the matter, adding: “It is vital that all democratically elected MPs are able to carry out their duties in and around Parliament.

“Members can at any time consult with the Speaker, Deputy Speakers, Clerks and Doorkeepers about their requirements while in the Chamber or in Westminster Hall at any time.”

Then, in the Commons, Speaker of the house Sir Lindsay Hoyle today made a statement to the Commons.

He said he understood there were conflicting and “differing” views raised by Creasy’s case, and that he had considered all of them.

As a result, he said, he has asked the chair of the Commons procedure committee to bring forward “suggestions” for a resolution, which MPs will then be able to consider.

Making the announcement, he insisted the House must be able to conduct business “without disturbance” – referring to a baby’s needs – but acknowledged “we must also move with the times”.

Indy100 has also contacted Creasy to comment on this story.

Nadine Dorries grilled by MPs over ‘grotesque’ and ‘defamatory’ tweets