'Back at square one' as former Hunter woman faces border clash 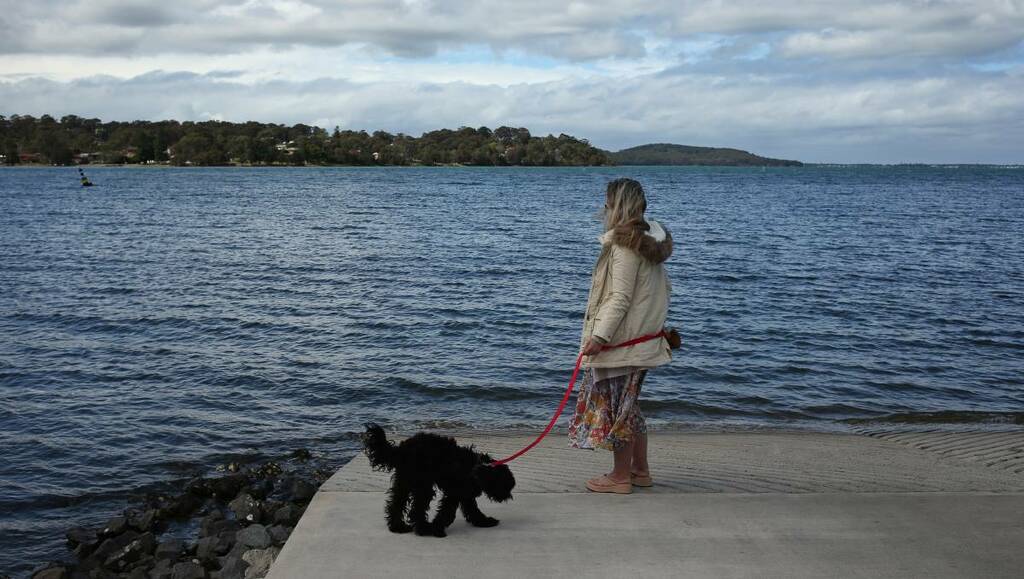 A FORMER Newcastle woman is hoping Queensland health authorities will find some compassion and agree to her plan to return home without leaving behind her assistance dog-in-training, her car and her last few belongings.

Coralie Ryder, 42, was medically-retired from the police force in 2017 with Post Traumatic Stress Disorder. Since having her request denied, she said she feels she is "back at square one" with her mental health.

"I thought I had found peace," she said, of the home she has made for herself, 30 minutes outside of Brisbane. "It's hard to explain."

Her plan to return safely, based on other plans approved by Queensland health, was rejected on the basis of her poor mental health, Ms Ryder said. But, ironically, it was their decision, and being stuck in NSW, which is making her feel hopeless. She is loath to be separated from Shadwick, her 11-month old support dog, which she would have to do to comply with the health authorities' preferred plan - to fly home, and quarantine in a hotel for two weeks.

"They said they were concerned about my lack of support up there and yet I question what happens after hotel quarantine when I don't have my car and I don't have my support dog," she said. She has offered to do three COVID tests over three days before she leaves, to drive at night and pay for fuel at the pump, and drive straight into the nearest drive-in COVID testing clinic to home upon arrival, and self-quarantine. "They said I was just too much of a risk, and they were concerned about my mental health."

A spokesperson for Queensland Health said that Queenslanders were able to re-enter the state, but must quarantine in government arranged facilities for 14 days. While they were unable to comment in depth on individual cases, they confirmed that the Queensland Health Exemption Team and Health Care Support Service had been in touch with Ms Ryder multiple times, her application for exemption had been received, and they were "awaiting further information" to progress it.

"We know border restrictions are inconvenient and can cause disruption to people's lives and livelihoods. We must balance these factors against the serious health risk to more than five million Queenslanders.

"The aim of the strict border is to limit the number of people entering Queensland who could potentially import COVID-19 into our state, which we know could be catastrophic leading to more lock downs and even tighter control measures. With the continued escalation of outbreaks in New South Wales and Victoria, there has been an influx of people returning or relocating to Queensland.