'Back 4 Blood' best cards: 11 most useful options for any build 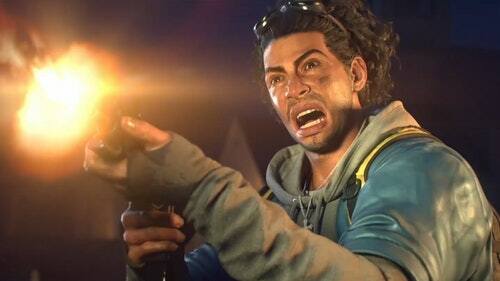 Similar to roguelikes such as Hades or Slay the Spire, the new zombie-shooter Back 4 Blood features a randomized component — a new card system — so that every run challenges you to develop a custom build with the resources at hand. You construct a deck of up to 15 cards (from more than 150) ahead of time that determines what sorts of buffs you might unlock as you progress. And because each playable character has unique abilities, developing your build is a very nuanced process. What are some of the best cards to unlock and use?

What is the Back 4 Blood card system?

Back 4 Blood has 156 different cards that include everything from specific damage boosts to passive bonuses to attributes like health or ammo. They’re split across four categories, each of which includes offensive, defensive, mobility, and utility perks, sometimes at the expense of a nerf:

You start the game with some of the more basic cards and unlock them from the base camp by spending Supply Points on Supply Lines. You earn Supply Points by playing any game mode. And you can access any available Supply Lines over at Chenda’s picnic table at the Fort Hope base camp. They’re sequential, so if you want a card from a specific Supply Line, then you have to unlock all of the cards leading up to it. Individual cards can also be discovered within levels as you’re playing.

Unlocking all of the cards represents the primary grind within Back 4 Blood, but obviously, some cards are better than others. If there’s a specific build you’re going for, you can opt to boost specific stacking stats that boost revive speed or others specifically tailored to weapon types. But across the board, here’s a look at some of the best cards to unlock and use ASAP.

What are the best Back 4 Blood cards?

Here are 11 of the very best cards to include:

The ammo economy is important in Back 4 Blood, so any character abilities or cards that make accessing ammo easier is going to be valuable. For any weapon to get unlimited ammo is a huge boon, and the 20 percent reduction in reload speed can be mitigated with other cards boosting reload speed.

Speaking of cards that boost reload speed, Reload Drills is a potent dose of exactly that. Depending on your weapons, this might become even more valuable. But regardless, it’ll mean you spend more time firing your gun and mowing down zombies than you do awkwardly shuffling away from them trying to reload.

In The Zone is a card that’s particularly useful for precision builds when playing as Jim or Walker, who already have perks that benefit players with a steady hand. Destiny fans will recognize this as similar to Outlaw or the Hunter’s Chains of Woe, offering up increased reload speed for precision kills.

When a Ridden grabs you, more often than not you will be totally incapacitated and will have to rely on one of your allies to target the enemy and free you. Breakout makes you much more self-sufficient, allowing you to escape grabs more frequently without the help of allies. Especially if you’re in matchmaking and aren’t sure how much you can rely on your teammates, this can be very helpful.

Survival is the single most important goal of any run. Any boosts to health are going to help immensely, but Second Chance also offers you an entire extra life. That’ll go a long way for any run, and the little boost to health isn’t too shabby either.

The zombie hordes get bigger and badder the deeper you get in a run, and no matter how skilled you are with your weapons, you’ll have to run a lot. Superior Cardio will add a valuable amount of mobility to your build.

10 percent is a pretty sizable boost for a single precision kill, making this one universally useful for almost any build other than melee and shotguns. You’re bound to get at least some precision kills, even accidentally. But if you focus on stacking weakspot and precision cards, you’ll be moving quickly all the time.

The bread and butter of any melee-based build, Vanguard will reward you for aggressively taking a baseball bat to any zombies. It stacks well with a myriad of other melee-focused cards and also buffs your nearby allies.

If your aim is solid and you’ve got the twitchy reflexes to get precision kills quickly, you can absolutely dominate when going all-in on Sadistic. Take out a few smaller enemies with precision kills and then turn your attention to a bigger enemy’s weakspot for a huge boost.

With some exceptions, a primary weapon is almost always going to be better than whatever your secondary option looks like. But you’ll want to use this to equip two very different weapons: A long-range rifle and a shotgun, perhaps? And you’ll want to try and also use cards that’ll compensate for that reduction in swap speed.

Especially for bosses and other larger Ridden, a drastic increase in weakspot damage dealt can go a long way. Even for basic enemies, you should be aiming for the head regardless. This one’s particularly deadly when combined with the likes of Pep in Your Step and Sadistic.

These are just some of the most broadly useful cards in Back 4 Blood, but depending on your ideal build, you may want to consider stacking cards that synergize together on the most suitable character.