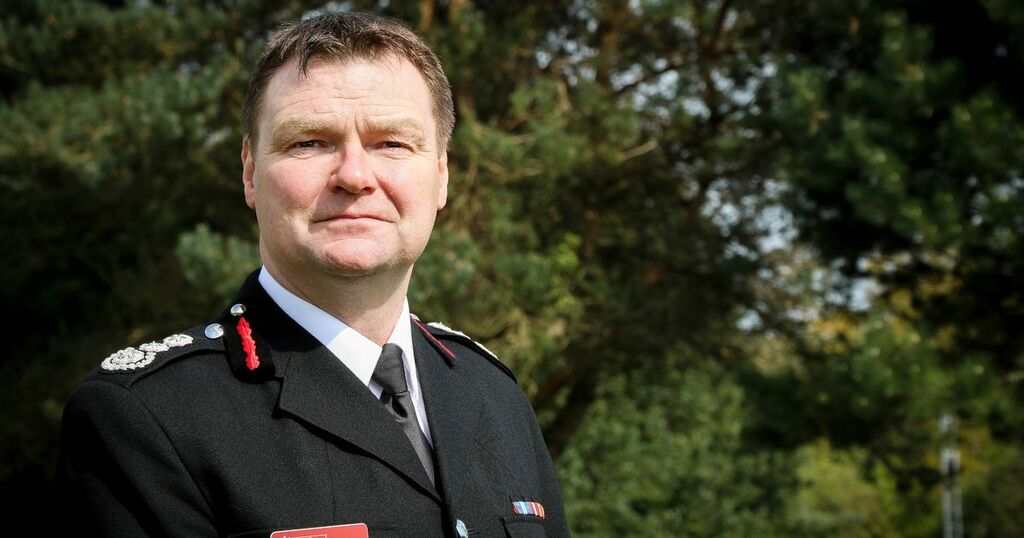 Tributes have been paid to Avon chief fire officer Mick Crennell after he announced his retirement.

Mr Crennell, hailed as an “inspirational leader”, will step down next March after a 30-year career spanning three fire and rescue services.

He began as a firefighter in Hampshire in 1992 before climbing the ranks and joining Mid and West Wales in 2015 as deputy chief fire officer, a post he held for two years prior to joining Avon Fire and Rescue Service during a crisis.

Mr Crennell initially joined Avon on an interim basis in August 2017 before being made permanent chief fire officer and chief executive in September 2018.

He undertook a widespread cultural review before launching a major action plan following another scathing government report in December 2018, which demanded urgent changes amid revelations of staff being “humiliated by their peers” and women treated “inappropriately”.

Among the initiatives in response to the report by HM Inspectorate of Constabulary and Fire and Rescue Services were a “zero tolerance” on bullying and harassment and the creation of a designated taskforce to root out the problems.

Announcing his retirement on Monday, September 6, Mr Crennell said: “Firefighting is a true vocation and I feel privileged to have been afforded a fantastic career, dedicated to public duty, which has seen me serve at every level within the service from firefighter to chief officer.

“I joined Avon Fire and Rescue Service at a time when it was facing significant adversity and challenge and feel incredibly proud of how far we have come in responding to the issues identified, making significant improvements and tackling them head on.

“I would like to thank and express my pride in everyone at AF&RS, for everything they do, every day – for their dedication, professionalism and commitment in making our communities safer and making our service stronger.

“I feel I will be leaving the service in a strong place and on course to be a great place.

“After 30 years of public service, I feel it is the right time to retire and I have every confidence the service will continue its journey with new leadership.

“I have loved my time with Avon and will look back on my service with great fondness and much pride.”

Avon Fire Authority chairwoman Cllr Brenda Massey said: “Mick has been an inspirational leader during his time as chief fire officer and we will be very sorry to lose him.

“He joined us at a difficult period and is leaving with the service in a much better state, thanks to his leadership.

“We wish Mick and his family a very happy retirement with many more adventures to look forward to now he has more time to fulfil his dreams.”

Mr Crennell will support the fire authority in recruiting his successor while continuing to lead the service as normal during his final six months.

He is also planning to climb Aconcagua in Argentina at nearly 7,000 metres in winter 2022, having previously trekked to Everest Base Camp and climbed Island Peak for the Firefighters Charity in 2015.