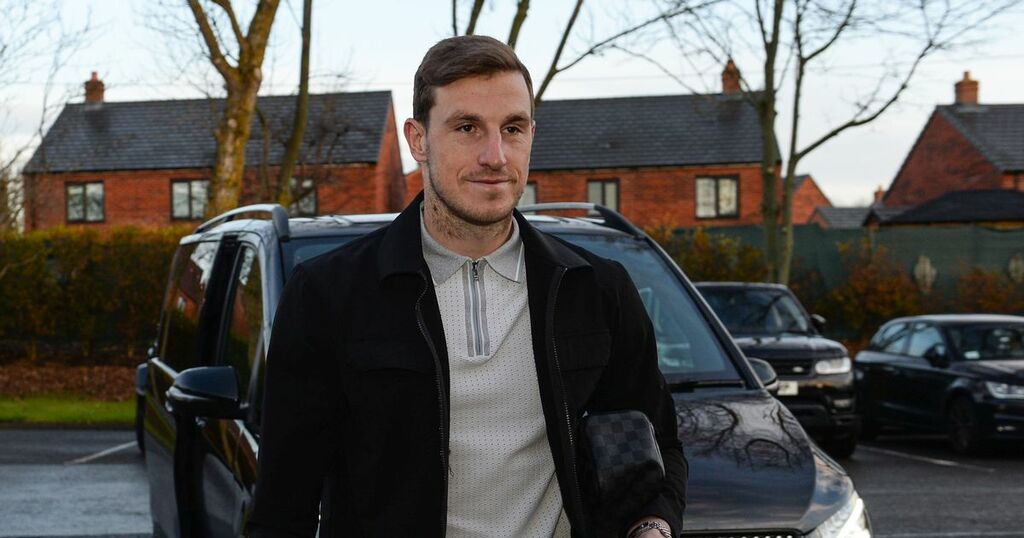 Newcastle United players were 'buzzing' when Chris Wood walked in after completing his £25m move from Burnley, but the Magpies' defenders may soon find that they will be going home with one or two souvenirs.

Jamaal Lascelles was the first to admit that the 6ft 3in signing was a 'real handful' and he's not the only one.

Wood's friend and former international team-mate, Ryan Nelsen, still has the mental scars from their duels.

"Woodsy used to tell me he always wanted to go up against me in training, but I used to avoid him like the plague," the former Blackburn Rovers and New Zealand skipper told ChronicleLive.

"He's so big and has these big elbows and legs! I was in my latter part of my career so I tried to stay away from him.

"But we all could see what he had and his potential, and it's been a pleasure to watch him evolve."

Wood has always towered over his peers and, even when he was playing men's football in his homeland, at the age of just 14, the youngster was six feet tall.

It was actually Wood's coach at Hamilton Wanderers, Roger Wilkinson, who helped set up a trial for the teenager at West Brom.

Wilkinson previously did some coaching education work at West Brom and quickly realised that Wood was a little different - and not just because of his size.

"When I put him over to West Brom, I actually said to [technical director] Dan Ashworth, ' He is a finisher,'" Wilkinson told ChronicleLive.

"It is different coming from New Zealand to England. You're not coming from the same level, but Dan and Michael Appleton were good enough to recognise that he had something and put him in.

"The lads who were in at West Brom looked after him. I always remember one of them telling me, 'We had to say to Woodsy this isn't New Zealand! You can't go out of the house with bare feet. You'll get syringes in your feet!' He had a good bunch of kids around him. That helped as well."

Wood's mother, Julie, moved over with her son and even lived apart from husband Grant and daughter Chelsey for two-and-a-half years in Great Barr in order to help him settle in.

An injury crisis soon opened the door for Wood and the youngster made his first-team debut at the age of just 17 in 2009, becoming the fifth New Zealander to play in the Premier League in the process.

To put that achievement into perspective, only one further Kiwi, Winston Reid, has since featured in the English top-flight.

However, to carve out a career at the very top, Wood was going to have to learn to cope with defenders like Liverpool centre-back Martin Skrtel, who put him off with his use of the dark arts.

Simon Cox, who was Wood's first roommate in the senior set-up, felt the teenager already had the 'stature' but 'just needed to be a bit more aggressive'.

"When the ball was coming up to him, he needed to try and hold onto it, to believe his touch was good enough," the former West Brom striker told ChronicleLive.

"He grew with the confidence of scoring goals. If you look at him from his time at West Brom and some of his loan spells to where he was at Leeds, somebody got hold of him, his diet changed, he lost a bit of weight, he put on muscle and that's where he really took off.

"That's credit to him realising you only get one career so try to make the best of it."

Before Wood eventually got to Leeds, and met influential manager Steve Evans, the New Zealand international went out on loan a whopping seven times.

Some spells were more memorable than others - Wood tasted life in the Europa League with Birmingham City and truly announced himself at Millwall - but the loanee learned a lot from all those experiences as he lived independently for the first time.

However, even when Wood appeared to find a new home at Leicester, after leaving West Brom for good in 2013, the striker was willing to go out on loan once more to get some game time at Ipswich.

Anthony Hudson, who later made Wood New Zealand's youngest-ever captain during his spell in charge of the All Whites, was quickly struck by the international's 'real single-mindedness to want to improve'.

“Woodsy’s career wasn’t in a straight line," Hudson told ChronicleLive. "He had to go out on loan several times and that experience and his strong mentality has made him the player he is today. He deserves everything that he’s achieved.”

The reality is that, by the age of 23, Wood had already seen most of the country following spells in the Midlands, Yorkshire, Sussex, Bristol, London and Suffolk.

Clearly, not every move went to plan. Wood's first loan, at Barnsley, was terminated by mutual consent in 2010 after seven games without a goal, but the teenager bounced back at Brighton just a few months later.

Not many youngsters who have already played in the Premier League are prepared to drop down to League One, but Wood was keen to prove himself at Brighton under Gus Poyet.

"I'm not going to tell you names, obviously, but I had experiences with two or three other players where because I couldn't promise them they would play - I never do - they didn't come," Poyet told Chroniclelive.

"There's different characters in football and Woody said, 'I think it's good for me'.

"That showed that he wanted to prove himself and challenge himself professionally and personally."

There was intense competition up front as Ashley Barnes and Wood, who went on to form an effective partnership at Burnley, battled to play up front alongside talisman Glenn Murray.

However, Wood ended up starting three-quarters of his games at Brighton and scored eight goals in the Seagulls' promotion-winning campaign.

Team-mate Tommy Elphick noted how Wood understood the team-first mentality at the club as the Seagulls went up as League One champions.

"The work ethic was the big thing. He had a bit to prove to West Brom and the motivation was there, but I think you've seen over the years that he's just kept doing it year on year.

"To play for Burnley and the group they've got, you've got to be a strong character and you have to buy into that.

"Playing with some of the lads that he played with there that I know of, he was very much a big voice in that dressing room and a leader as well."

Before Wood got to Burnley, in 2017, the striker spent two crucial years at Leeds in the Championship.

Wood had actually been close to joining Wolves before an 11th-hour pitch from Leeds boss Uwe Rosler convinced him to move to Elland Road.

Rosler handed Wood the number nine shirt and the German soon told the new arrival that 'God gave you a fantastic body so now you not only have to be big ,but play big, too'.

"Chris had the physical presence to lead the line, but he also had the mentality to play in the white shirt at Elland Road," Rosler told ChronicleLive.

"You need to have that mental strength and that's also important now when he goes to St James' Park in front of 52,000 mad Geordies. He needs to have the mental capacity and personality to play and perform, and I saw that in him."

After what happened at Leicester, Wood was particularly conscious of finding a club, like Leeds, where he would be fully appreciated.

In saying that, Wood must have been concerned when Rosler became the fifth manager sacked by notorious owner Massimo Cellino in a year, but successor Steve Evans proved an influential figure and soon sent the striker to Leeds University for body scans.

"It was speaking to him about how good he could be, how he had to be in the best physical shape as the best in the Premier League if that's where he wanted to go," Evans told ChronicleLive.

"Chris embraced it. He worked incredibly hard - two or three sessions a day - and got his diet absolutely right and gained the rewards."

Wood ultimately earned a £15m move to Burnley and as well as becoming a mainstay in the top-flight, the frontman established himself as an influential figure in the dressing room for both club and country - which is a quality Eddie Howe will look to tap into at Newcastle.

Wood went on to captain New Zealand at the Confederations Cup in 2017 after being the youngest member of the All Whites' squad at the World Cup just seven years previously.

Ivan Vicelich, who is New Zealand's most-capped international of all-time, has been struck by how Wood has blossomed into a leader.

"When Chris started off, his character was very good - he was always wanting to learn - and now he represents the playing group as a top professional," Vicelich told ChronicleLive.

"When he comes to the camp, the players really admire him and look up to what he's done, the way he acts around the field and the way he represents those players as a group, whether it's a tournament, a team discussion or a team talk prior to a huge game.

"He's a very calculated individual and a really great guy."