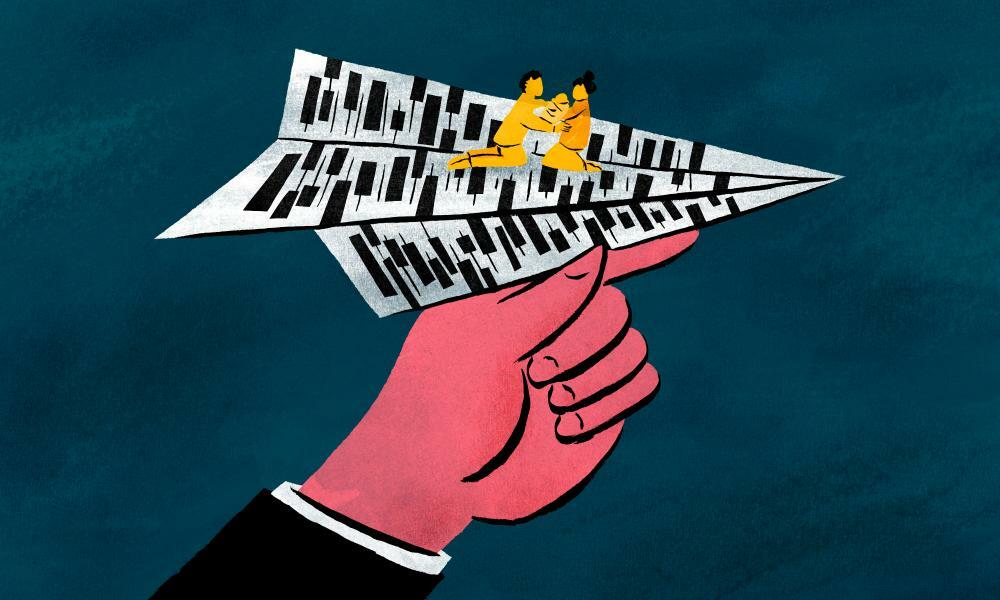 Chris* had never been charged with a crime, never accused, never questioned. But his visa was summarily cancelled, and he was no longer welcome in Australia, the only country he had ever known as home.

Chris had lived in Australia for more than 30 years since the age of one, but had his visa cancelled in 2019 for having once been a member of an “outlaw motorcycle group”, the Mongols – despite that group not being outlawed in the state where he lived.

In August his appeal reached the federal court, which handed down an excoriating judgment, condemning the government’s decision and quashing the cancellation of his visa.

But the federal government is now seeking to enact new laws which would make it more difficult to challenge such a visa cancellation. Under the proposed law, a person’s visa could be cancelled without them knowing why, or on what evidence the decision was based. Upon cancellation, visa holders would be forcibly removed from Australia, or, if they were stateless, detained indefinitely without charge or trial.

Legal organisations and rights groups say the law would install a “regime of alarming secrecy” and prevent people from contesting deportation or indefinite detention based on information that might be erroneous, maliciously planted or misinterpreted.

The Migration and Citizenship Legislation Amendment (Strengthening Information Provisions) Bill is currently before parliament’s intelligence and security committee, but the Guardian understands debate could be brought on before the end of the year.

The bill was tabled in response to a 2017 high court decision that found part of the Migration Act was unconstitutional because it allowed the minister to “shield” information from the high court in cases it was adjudicating.

Under the proposed law, anyone who disclosed “protected information” – even to the person against whom it was being used – outside limited exceptions could be jailed for two years.

Where a visa decision has been made using “protected information” from a law enforcement or intelligence agency, no tribunal or parliament would have the right to know the information the government was relying on.

And the courts’ use of the information would be strictly limited. They would be required to hold closed hearings – open only to parties who already hold the information – before deciding whether it could be disclosed further, including to the person whose visa has been cancelled.

The Department of Home Affairs insists the bill is needed to “enhance the government’s ability to uphold the safety and good order of the Australian community by managing the risk posed by migrants of character concern”.

However, Dr Carolyn Graydon, principal solicitor with the Asylum Seeker Resource Centre, says for a migrant or refugee trying to challenge their deportation or indefinite detention “it’s like fighting with both hands tied behind your back in a blindfold”.

“This bill is extraordinary because it specifically prevents parliamentary committees from having oversight of the way that these laws are being implemented.

Most visa cancellations in Australia are made under section 501 of the Migration Act – the so-called “character test”. Most are made against people who have been convicted of an offence and served a prison term of more than one year.

But the government can cancel a person’s visa without a crime being committed for “association with someone else ... whom the minister reasonably suspects … is involved in criminal conduct”, or for “general conduct … where the person’s conduct may not have constituted a criminal offence”.

In 2020-21, 946 people had their visas cancelled, resulting in their detention or expulsion from Australia. Drug offences were the most common cause for cancellation (126), followed by assault (109). Ten people had a visa cancelled because of an “association” with a person or a group, without being charged with or convicted of any crime.

When the federal court quashed the visa cancellation of Chris, a New Zealand national, it found the minister cancelled his visa:

… despite the fact that … [he] accepted that [Chris]: was no longer a member of the Mongols; had not been found to have committed any criminal offence himself; had lived almost his entire life in, and had significant ties to, Australia; had a partner who was an Australian citizen and with whom he had four young children whose interests were best served by permitting [Chris] to retain his visa; had made a positive contribution to the Australian community; and would suffer hardship and emotional distress if separated from his family in Australia.

The minister conceded Chris’s membership of the club had been “largely innocent and not otherwise unlawful”.

The federal court found the minister’s reasoning that Chris might “offend” in the future “difficult to comprehend given that there was no evidence or even suggestion that [Chris] had offended in the past”.

In August, the court issued its decision in the case of a Mexican national, HJC*, whose young son is an Australian citizen, and who had her visa cancelled over a question the government said she answered incorrectly on a visa application a decade ago.

She answered “no” to the question “Have you … been convicted of a crime or ... been charged with any offence that is currently awaiting legal action?”

The court heard that in October 2000 she was apprehended by Texas police when the vehicle she was driving was allegedly found to have contained cannabis at the US border. She allegedly told officers she had been coerced by her then partner into transporting the drugs.

HJC said she was neither arrested nor charged and subsequently travelled in and out of the US without issue. She has never been charged with a criminal offence in Australia.

But Australian authorities “received non-disclosable information” that a bench warrant existed for HJC’s arrest over the alleged offence in 2000. The allegations have never been tested in a court. The warrant has never been served on HJC, and she told authorities she was not aware of it.

The Department of Home Affairs cancelled her visa in 2015 on the grounds she had incorrectly answered two questions on her visa application.

The court upheld the government’s decision to cancel her visa, which will almost certainly result in her being deported and separated from her child, for whom she is the primary carer.

Last year, a man – EVX20 in court documents – had his visa cancelled after he was wrongly convicted and then subsequently acquitted of a murder in Queensland. The original verdict was set aside by the court of appeal because of an absence of any forensic evidence or identification to link him to the crime.

After the man’s visa was cancelled, he was held in immigration detention. Following his acquittal, he appealed to the minister who chose to let the cancellation stand.

But an appeal to the federal court in August found in the man’s favour. “In the eyes of our legal system, the applicant has no criminal record whatsoever,” the judgment said.

When the then home affairs minister Peter Dutton introduced the bill into parliament in December 2020, he said it was “balanced” and “fair”, and that the law would “ensure that sensitive information – disclosed in confidence by law enforcement and intelligence agencies – is appropriately protected”.

But Graydon says these cases, and others like them, are evidence of the need for more robust oversight of the government’s power to cancel visas, rather than the secretive regime proposed.

“It’s classic executive overreach. Our whole system is supposed to be built on there being a separation of powers and a watchdog system where each of our three parts of the state holds each other to account. This is a government exploiting what is a politically sensitive issue and using it in order to have complete control and decide, unfairly, in every case, who gets to stay here and who doesn’t.”

Every non-government submission about the bill before parliament’s intelligence and security joint committee – including those of the Australian Human Rights Commission and the office of the United Nations high commissioner for refugees – argues it should be rejected as unwarranted, dangerous and a breach of fundamental legal principles.

The Visa Cancellations Working Group – a national group of migration law experts – said the bill was clearly disproportionate, and would impose “a regime of alarming secrecy … which will lead to consequences for individuals and communities of the most severe order”.

The Australian Human Rights Commission said the proposed law was anathema to legal principles “that the state should not be permitted to rely on secret evidence in cases where a person’s liberty is at stake”.

The commission argued the bill was unnecessary: the government already had a suite of options for protecting confidential information available to it under the National Security Information Act.

But government agencies – including the Australian Criminal Intelligence Commission and the Department of Home Affairs – have supported the bill, saying it was “necessary to ensure protection of confidential information ... and to uphold public and national security interests”.

The Australian federal police deputy commissioner, Ian McCartney, argued for secrecy: “it is in the public interest that sensitive sources, as well as investigation and intelligence gathering methods, are not publicly disclosed.”

Asio said it had “no concerns” with the bill.

But a government-commissioned review of Australia’s national security laws by the former Asio chief Dennis Richardson in 2019, before the current bill was introduced, found “the mechanisms for the protection of national security information in court proceedings … are adequate and not in need of major reform”.

“It is clear that some agencies lack appreciation of the careful balance that must be struck between an accused’s right to a fair trial, the principle of open justice, and the protection of national security information. Any mechanism designed to protect national security information from disclosure in court proceedings can never offer an absolute guarantee of non-disclosure … that is a reality in a liberal democracy.”

In an earlier Senate committee, the Labor party condemned the legislation as “fundamentally inconsistent with the rule of law” and said it should not be passed into law.

In evidence to the intelligence committee, Graydon said the Asylum Seeker Resource Centre was “concerned that the bill privileges information from law enforcement authorities and elevates them above our courts, above our parliament’s scrutiny, with no control over the quality or accuracy of this information”.

“They could include tip-offs made by people with ulterior purposes, information from foreign security sources, including from countries against which the applicants have been found to be refugees or have applied for protection from.”

“Often people are sent to countries where their families could never visit them because it’s not safe for them since they have protection claims there. Or one person’s character cancellation could have wide ramifications for a whole family. If the primary applicant’s visa is cancelled, then all their dependent children’s visas will be cancelled as well.”