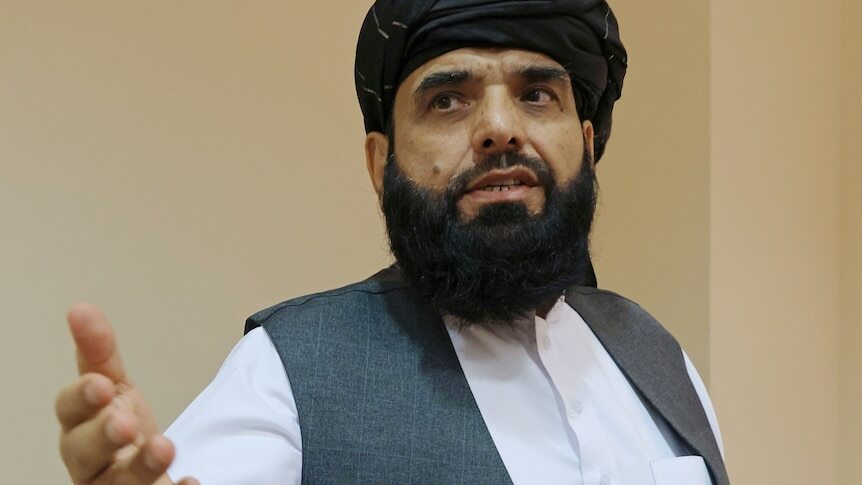 The Australian Federation of Islamic Councils has cancelled a planned Facebook Live event at which two Taliban were invited to answer questions, after fierce backlash from the Muslim Australian community.

AFIC chief executive Keysar Trad told ABC Radio Brisbane the event, scheduled for this weekend, was meant to be an opportunity for the Islamic community to "obtain assurances about the rights of minorities and women, and to also dissuade and discourage any young people from going to that region".

"Sometimes you need to put people on the spot and get the answers to those questions, but I believe that the backlash was beyond that expectation.

"We certainly understand the public sentiment and do not wish to create any angst for anybody."

A flyer for the event described a “stellar panel of speakers … on the future of Afghanistan and our role regardless of whether we are in favour or against recent developments”.

Senior Taliban spokesmen Suhail Shaheen and Sayed Abdul Basir Sabiri were listed on the flyer as part of the panel.

“When you do a flyer and you want people to attend the program and take part in it, then naturally you need to use words that will provoke interest," Mr Trad said when asked about the use of the word "stellar".

Mr Trad said the two Taliban spokesmen were not part of the panel discussion, but had been invited to answer a list of prepared questions about the regime’s human rights plans in Afghanistan.

He said AFIC had no direct contact with the Taliban.

"We asked members of the community to reach out to see if there’s anyone who can answer questions on behalf of the regime in Afghanistan," he said.

Lawyer and founder of the Islamophobia Register Australia Mariam Veiszadeh released a statement saying it was "deeply shameful" AFIC thought it appropriate to invite the Taliban to speak.

"As members of the Afghanistan-Australian community, we are appalled and horrified that this blatant promotional event for the Taliban is being carried out in our name," a statement from AAAN said.

Professor Shahram Akbarzadeh, a deputy director at the Alfred Deakin Institute for Citizenship and Globalisation said the event "risks undermining a lot of good work by Australian Muslims to overcome prejudice".

"AFIC is giving a platform to a group that has violated human rights, women’s rights and targeted religious and ethnic minorities. Australian Muslims have nothing to do with the Taliban," Professor Akbarzadeh said.

Mr Trad said the decision to reach out to the Taliban was driven by community concern about young people dissatisfied with life in Australia thinking about travelling to Afghanistan.

He claimed some MPs had expressed interest in attending the panel, before the public backlash began.

“The flyer and the event was very clear, that we are not holding a forum to support the Taliban,” he said.