Australian doctors warn of rise in racist abuse over coronavirus

Doctors have warned of a rise in racist incidents as Asian-Australians have been targeted amid coronavirus fears. Guardian Australia has been told of one involving a young mother who was racially abused on a Sydney train.

The body representing Australian doctors working in emergency departments called for a calm and fact-based response to the new coronavirus, and to avoid “panic and division” amid the spread of misinformation.

Racist incidents have been reported in the UK, France, Canada and other countries as the number of cases of the novel coronavirus, which originated in Wuhan in China, rises.

A Sydney resident, Angela Prendergast, told Guardian Australia she had witnessed and intervened in an incident in which a woman was yelled at and told to stand in the corner of a train because she was “spreading viruses”.

Prendergast was on a suburban train on Saturday afternoon when a middle-aged white passenger boarded and began harassing a young Asian-Australian mother who was travelling with her child.

“I heard her yelling, saying, ‘You need to cough over there. You need to stop coughing. That’s how viruses get spread.’ She was a young woman [being yelled at] and she had a baby in a pram. And she was standing up as well, even though there were seats.

“And she was yelling back at the woman, saying, ‘I’m sorry, I’m not coughing, I’m not doing anything.’

Prendergast said she had intervened, asking if the woman was OK, after which the other woman left her alone.

“The mother said she hadn’t even been to China before. It’s just ridiculous.”

Australia has had 12 confirmed cases of coronavirus – four in New South Wales, four in Victoria, two in South Australia and two in Queensland – with no fatalities.

Three people who contracted the virus have been discharged from hospital after recovering.

The Australasian College for Emergency Medicine issued a statement on Monday warning against racist responses to the new virus, and advocating a fact-based approach.

Dr Simon Judkins, the immediate past president of the ACEM, said doctors were “reporting an increase in instances of racism within emergency departments, with patients and staff of Chinese appearance being subject to racist abuse.

“This is a time when we need to be pulling together as a multicultural, inclusive and diverse community to support each other and people affected by the outbreak; and not use an event like this to promote division and xenophobia.”

Dr Lai Heng Foong, the chair of ACEM’s public health and disaster committee, said racism had “been witnessed by physicians at the frontline of emergency medicine”.

“Misinformation has been spread among the public, as well as deeply distressing assumptions being made about ‘Chinese’ or ‘Asian-looking’ people, which amount to little more than racial profiling.”

In Queensland an image made to look like a Queensland Health warning was circulated, telling residents to avoid “all populated areas with Chinese nationals of ratio of 1 to 3 non-Chinese Australians [sic]”.

In NSW a viral post circulated claiming that various Asian foods, some of which did not exist, carried the coronavirus.

It falsely claimed that coronavirus had been detected “in the air” of suburbs with high Chinese-Australian populations.

A Gold Coast surgeon, Dr Rhea Liang, also posted on social media about an a patient of hers having joked about not shaking her hand due to the coronavirus.

“I have not left Australia,” she wrote. “This is not sensible public health precautions. This is racism.”

“This virus does not discriminate,” the ACEM president, Dr John Bonning, said on Monday. “The coronavirus situation is cause for concern; it is cause not to be complacent; but it is not cause for panic and division.”

Related: The coronavirus panic is turning the UK into a hostile environment for east Asians | Sam Phan

Prendergast said she had heard multiple reports of racist incidents and hoaxes before she witnessed one.

“I’ve had a friend who talked about how he got yelled at on the bus,” she said. “It was kind of a matter of time until we actually experienced it ourselves, or saw someone. I think, because I’m Asian, that’s all I had been thinking about like, when’s it going to happen to me?”

The foreign affairs minister, Marise Payne, condemned racist behaviour in relation to coronavirus on Monday. “Any extreme behaviour or negative behaviour is something which we would actively discourage,” she said. 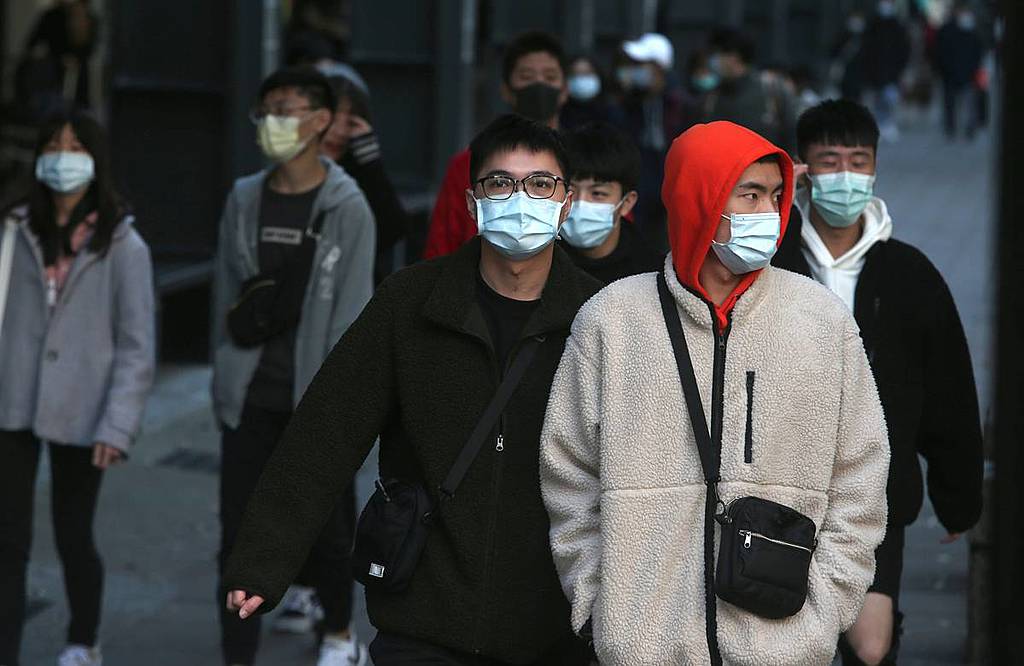 The New Zealand Herald
From analysis to the latest developments in health, read the most diverse news in one place.
Coronavirus spreads fear and racism worldwide

Sydney (AFP) - As the deadly coronavirus has spread worldwide, it has carried with it xenophobia -- and Asian communities…

The New Zealand Herald
One place to find news on any topic, from hundreds of sites.
WHO Warns Over Local Coronavirus Outbreaks as China Death Toll Rises