Australia, the UK, the US formally sign nuclear submarine deal that incensed the French 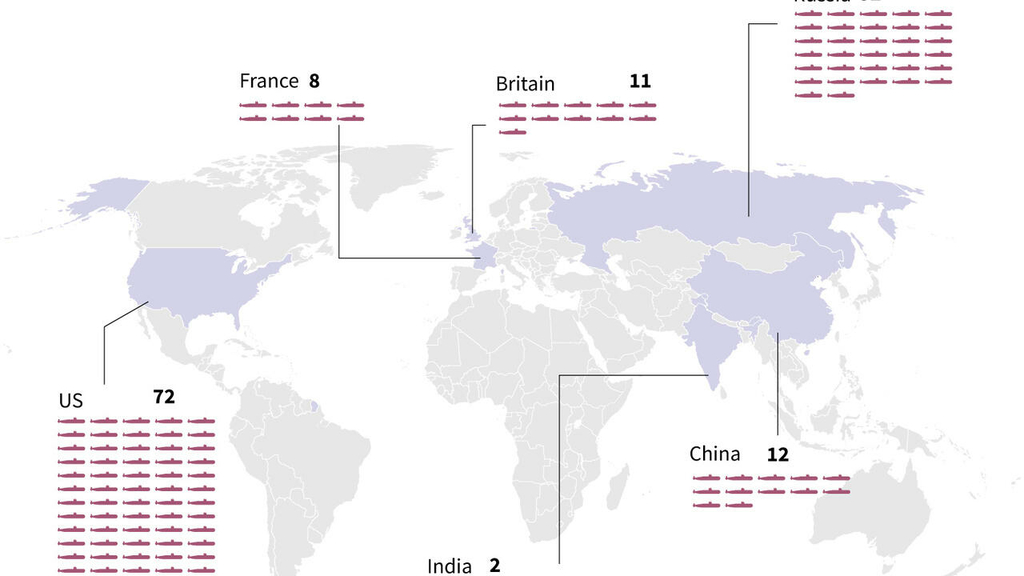 Australia formally set in motion a controversial programme to equip its navy with nuclear-powered submarines in a new defence alliance with Britain and the United States. The deal, signed at the expense of France, aims to counter the growing military presence of China in the region.

Australian Defence Minister Peter Dutton signed the treaty with his US and UK counterplarts in Canberra.

The deal finalises the "Exchange of Naval Nuclear Propulsion Information" deal, which promises the transfer of sensitive knowledge on how to power submarines with nuclear reactors.

Nuclear power allows a submarine to operate at high speed for long periods of time with unlimited range. Conventional subs operate on electric batteries and can only remain under water for a few days at slow speed, or a few hours at top speed.

It is the first agreement on the technology to be publicly signed since the three countries announced in September the formation of a defence alliance, AUKUS, to address strategic tensions in the Pacific where China-US rivalry is growing.

"The agreement will permit cooperation, which will further improve our mutual defence posture," US President Joe Biden said in a statement ahead of Dutton's signing ceremony in Canberra with US Charge d'Affaires Michael Goldman and British High Commissioner (ambassador) Victoria Treadell.

On 16th of September 16, 2021, the prime ministers of the UK and Australia along with the US president officially announced AUKUS, the enhanced trilateral security partnership between Australia, the UK and the US."

The partnership indicated that Australia was cancelling its Attack Class Submarine Program that was to be upgraded with a multi-billion dollar (diesel powered) submarine deal with France. Instead, Australia ordered nuclear powered submarines from the US.

Paris was furious as the Cherbourg-based Naval Group lost contracts worth €80 billion, calling it a "regrettable decision," which led to a chill in Australo-French relations with Paris briefly calling back its ambassadors from Canberra and Washington.

Diplomacy brought the quarreling partners back together again, however, to focus on what the EU calls its "systemic rival", notably the People's Republic of China.

AUKUS is part of a growing trend to form strategic partnerships to counter the growing military presence of China in the region.

Meanwhile, the French Ministry of Defence's Strategic Update 2021 warns that "the People’s Republic of China ... has doubled its defence budget since 2012, making it the second largest in the world, while expanding its nuclear arsenal and showing new ambitions in terms of power projection."

The French Defence Strategy in the Indo-Pacific 2019,highlights the "global strategic competition between the United State and China" which, because it aims to "redefine the balance of power", risks a "more direct" collision with American interests.

Worried by this, Washington seems to be rallying its democratic allies into a global anti-China coalition.

Years before AUKUS came into existence, the US joined the Quadrilateral Dialogue ("Quad") proposed by then Japanese Prime Minister Shinzo Abe.

The Quad also counts India and Australia among its members. The structure, which was heavily criticised by China, fell apart after two years, but was revamped in 2017 during a meeting of the Association of South East Asian Nations (Asean).

The central idea is to form a buffer against China's Belt and Road Initiative, a trillion-dollar infrastructure project that spans large parts of Asia, Africa and eastern Europe and unifies the partners in their perceived fear of Chinese expansion.

China, meanwhile, has been sending out mixed signals. In October, the Pentagon confirmed that China tested a nuclear-capable hypersonic weapon that was launched into space and orbited the Earth before re-entering the atmosphere and gliding toward its target in China.

The Financial Times, that first reported on the launch, said that the "advanced space capability caught US intelligence by surprise."

China's Global Times, an english-language propaganda outlet controlled by the Communist Party, countered that the story was 'hyped up' and that US military used the story to " find excuses for more investment in the US' own weapons' development."

"China pursues long-term, friendly coexistence with neighboring countries, and is part of the common efforts for durable peace in the region," he said.