Australia’s wages rise 2.6% in year to June but continue to lag inflation

Australia’s wages rose at their fastest rate in almost eight years but still less than half the headline inflation rate, a record gap likely to fuel calls at next month’s jobs summit for more steps to halt the decline in real household incomes.

The wage price index rose 0.7% in the June quarter and 2.6% annually, seasonally adjusted, the Australian Bureau of Statistics reported on Wednesday.

Economists had predicted the WPI would rise about 2.7% on an annual basis and 0.8% in the three months to the end of June. In the March quarter WPI was 2.4%.

Unions have been calling for more support for workers as costs of living rise much faster than pay packets have grown. The Reserve Bank of Australia has also flagged real income could shrink by about 3% in the current financial year.

The WPI compares with the consumer price index rising at an annual rate of 6.1% in the June quarter. Figures from the ABS on Tuesday indicated inflation had picked up since then, with CPI running at 6.8% in June alone.

Real wages are falling at a rate not seen in at least a quarter of a century.

The Albanese government’s jobs and skills summit comes as the jobless rate hovers at its lowest in almost half a century – at 3.5% in June. Tackling weak wage growth is likely to be a prominent issue at the 1-2 September event.

Sally McManus, the secretary of the Australian Council of Trade Unions, said the summit “must address the serious failure of our wages system as today’s figures show workers’ wages have now fallen backwards to 2011 levels” and had “flatlined” for six months despite low jobless rates.

“It is clear that we have a serious systemic problem,” McManus said. “We have been promised wages would go up when productivity goes up – they have not.

“We were promised that when business does well pay rises will come – they have not.

“The fear mongering about a wage-price spiral has once again been discredited.”

Ahead of the jobs summit, unions and business groups have agreed on the need for apprentice subsidies and a boost to migration but are now locked in dispute over pay claims.

Unions want the want the salary floor for temporary skilled migrants lifted from $53,000 to average full time weekly earnings, about $91,000, to ensure employers have first tried to increase pay before importing workers.

On Wednesday the head of the Australian Chamber of Commerce and Industry, Andrew McKellar, rejected any form of “artificial mechanism or checkpoint” before employers could sponsor temporary skilled workers.

The unions’ proposed increase “would kill many areas of the immigration program overnight”, McKellar told the National Press Club, nominating $60,000 as a more “realistic” figure.

The government is considering increasing migration from 160,000 to 200,000. In its issues paper, released on Wednesday, it called for “industry investment in training and a responsive migration system”.

At a press conference in Canberra the treasurer, Jim Chalmers, noted the last time the WPI rose this much was in the September quarter of 2014.

For private sector workers, the annual increase was 2.7%, or the fastest since September 2013, while public sector employees collected 2.4% more.

“Expanding demand for skilled jobs over the last 12 months has continued to build wage pressure across a broader range of industries and jobs, reflected in the increasing size of pay rises,” said Michelle Marquardt, head of prices statistics at the ABS.

The average size of private sector hourly wage rises quickened to 3.8%, up from 2.7% this time last year, the ABS said. That pace was the fastest since June 2012.

The bureau noted that jobs on award wages were expected to receive rises from the September quarter onwards as decisions by the Fair Work Commission take effect.

“Today’s data reinforce that the transmission from labour market conditions to WPI growth is sluggish,” said Sean Langcake, head of macroeconomic forecasting for BIS Oxford Economics. “The Q3 data will be stronger, buoyed by the larger-than-usual increase in the minimum wage [at 5.2%] and its flow-on effects to other wage decisions.

“There is very little in these data that will give the RBA cause for alarm on the inflation front.”

“If it continues to be contained into the September quarter [it] will provide grounds for the [RBA] Board to take a less aggressive approach in raising the cash rate.

“This means monetary policy tightening could top out considerably sooner than markets had been anticipating at the beginning of the year.” 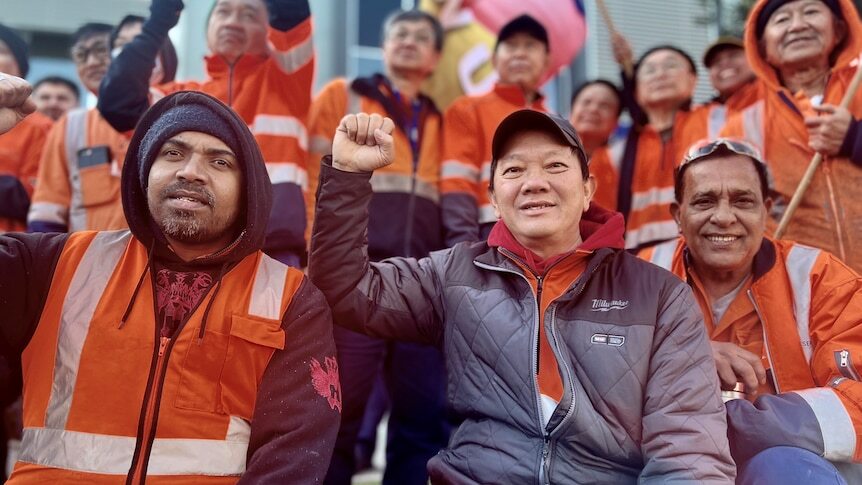 ABC News
From analysis to the latest developments in health, read the most diverse news in one place.
Australia’s jobless rate is only 3.4% – so what’s holding wage growth back?

That the tight labour market isn’t leading to real earnings rises is proof of a ‘deep structural weakness’, says one…

The Reserve Bank keeps telling us wages growth will pick up. It keeps being wrong. Is anyone willing to be…

The Guardian - AU
One place to find news on any topic, from hundreds of sites.
Wages, migration on jobs summit agenda

Flatlining wages, migration levels and the need to boost workforce participation for people living with disabilities will dominate the Jobs…