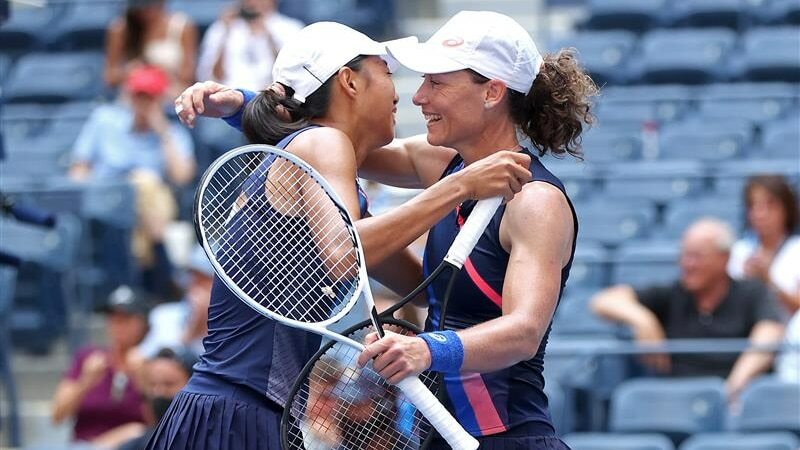 Samantha Stosur has achieved more glory at the US Open championships, where she pulled off her greatest triumph a decade ago, winning the women's doubles crown with Chinese partner Zhang Shuai.

The 37-year-old Australian ensured that the teenage women stars at Flushing Meadows weren't going to get everything their own way on Sunday, as she and Zhang defeated US teenager Coco Gauff and Caty McNally 6-3, 3-6, 6-3 in an absorbing final.

Gauff and McNally, seeded 11th, were hoping to join 18-year-old singles champion Emma Raducanu as teenage title winners at the US Open.

The 2011 singles champion Stosur wasn't at her best but still produced the goods near the end of the match as she lifted a second women's doubles title in New York, having reigned 16 years ago with Lisa Raymond.

It was the perfect way for the former world number one doubles player to mark the 10th anniversary of her famous 2011 triumph over Serena Williams.

The victory made it two major titles for the year for the doubles pair, who took the Australian Open title at Melbourne Park in January.

The match proved to be the start of a big day for Australian tennis, with Dylan Alcott later winning the quad singles title, beating Dutchman Niels Vink, to become the first male player to win a 'golden slam' — all four major singles titles and the Olympics or Paralympics gold medal in one calendar year.