The federal government has announced $1 million in additional emergency relief for Afghanistan, after the country was hit by an earthquake that killed more than 1,000 people and left thousands homeless.

Foreign Minister Penny Wong said in a statement that the funding was on top of $140 million Australia had pledged in assistance to Afghanistan since September 2021.

"The earthquake has caused extensive loss of life, homes and livelihoods, with the full effects still to be determined," Senator Wong said.

"This tragedy comes at a time when the humanitarian needs in Afghanistan are greater than ever."

The Taliban has called for international governments to roll back sanctions and lift a freeze on the Afghan central bank's assets in light of the devastation.

The magnitude-6.1 quake that hit the east of the country early on Wednesday destroyed or damaged 10,000 homes and injured about 2,000 people, straining the country's fragile health system.

Authorities have called off the search for survivors in the mountainous south-eastern region near the Pakistani border.

"The Islamic Emirate is asking the world to give the Afghans their most basic right, which is their right to life, and that is through lifting the sanctions and unfreezing our assets and also giving assistance," Abdul Qahar Balkhi, a Foreign Affairs Ministry spokesman, told Reuters.

While humanitarian aid continues to flow to Afghanistan, funds needed for longer-term development were halted when the Taliban seized control of the country in August 2021 as foreign forces withdrew.

The administration of the hardline Islamist group is not formally recognised by international governments.

Billions of US dollars in Afghan central bank reserves remain frozen overseas and sanctions hamper the banking sector as the West pushes for concessions on human rights.

Western governments are particularly concerned about the rights of women and girls to work and study under Taliban rule.

In March, the group stopped high schools for girls from opening.

White House spokesperson Karine Jean-Pierre said the US government was working on "complicated questions about the use of these (frozen central bank) funds to ensure they benefit the people of Afghanistan and not the Taliban".

She added that the US Agency for International Development was providing assistance with humanitarian organisations.

Asked about the issue, Mr Balkhi said Afghans' right to life-saving funds should be the priority, adding that the international community handled concerns over human rights differently depending on the country involved.

"Is this rule universal? Because the United States just passed an anti-abortion law," Mr Balkhi said, referring to the Supreme Court's overturning of the landmark Roe v Wade ruling that recognised a woman's right to an abortion.

"Sixteen countries in the world have taken away the rights of religious minorities, especially Muslims … are they also facing sanctions because they are violating rights?" he asked.

China, US, Pakistan to assist Afghanistan

The disaster is a major test for Afghanistan's hardline Taliban rulers, who have been shunned by many foreign governments due to concerns about human rights since they seized control of the country last year.

Afghanistan has been cut off from much direct international assistance because of Western sanctions, deepening a humanitarian crisis in swaths of the country even before this week's earthquake.

Senator Wong's statement said that Australia's aid would be delivered through United Nations agencies already operating in the affected area and would "towards providing shelter, food and medical support for those in need".

"The Australian government extend[s] its deepest condolences to the people of Afghanistan, and the Afghan-Australian community," the statement said.

The UN's migration agency said it had begun distributing thousands of emergency shelters and hygiene kits in affected areas.

Aftershocks killed at least five more people in the area some 160 kilometres south-east of the capital Kabul, and medical staff said rudimentary healthcare facilities were hampering their efforts to help the injured.

"Those injured that were in a bad condition and needed operations we can't do here, have been sent to Kabul," said Abrar, who goes by one name, the manager of a hospital in Paktika, the worst-affected province.

In Kabul, hospitals more used to treating victims of war have opened their wards to earthquake victims.

"Usually we admit only war-related patients or patients in life-threatening conditions, but in this case we decided to make an exception in order to support the Afghan people," said Stefano Sozza, the country director for Emergency Hospital, an Italian-funded surgical centre for war victims.

The United Nations and several other countries have rushed aid to the affected areas, with more due to arrive over the coming days.

"We call on all humanitarian organisations to help the people," said Mohammad Amen Hozifa, a spokesperson for the Paktika provincial government.

Pakistan has also opened some border crossings for the injured to be brought in for treatment.

China's Foreign Ministry said Beijing would provide humanitarian aid worth 50 million yuan ($10.8 million) to Afghanistan including tents, towels, beds and other materials to help those affected by the earthquake. 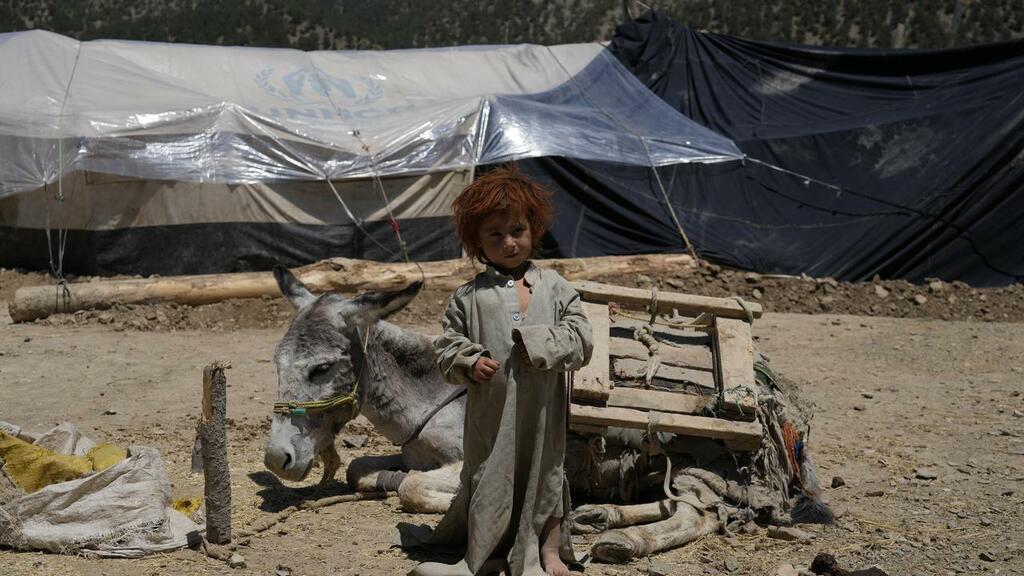 Crikey
One subscription that gives you access to news from hundreds of sites
Aftershock hits eastern Afghanistan after quake death toll rises to 1,150

An aftershock has shaken a hard-hit area of eastern Afghanistan, two days after an earthquake destroyed hundreds of mud-brick homes…

Pakistan and Qatar join other aid agencies in efforts to help people desperate for food, shelter and drinking water.