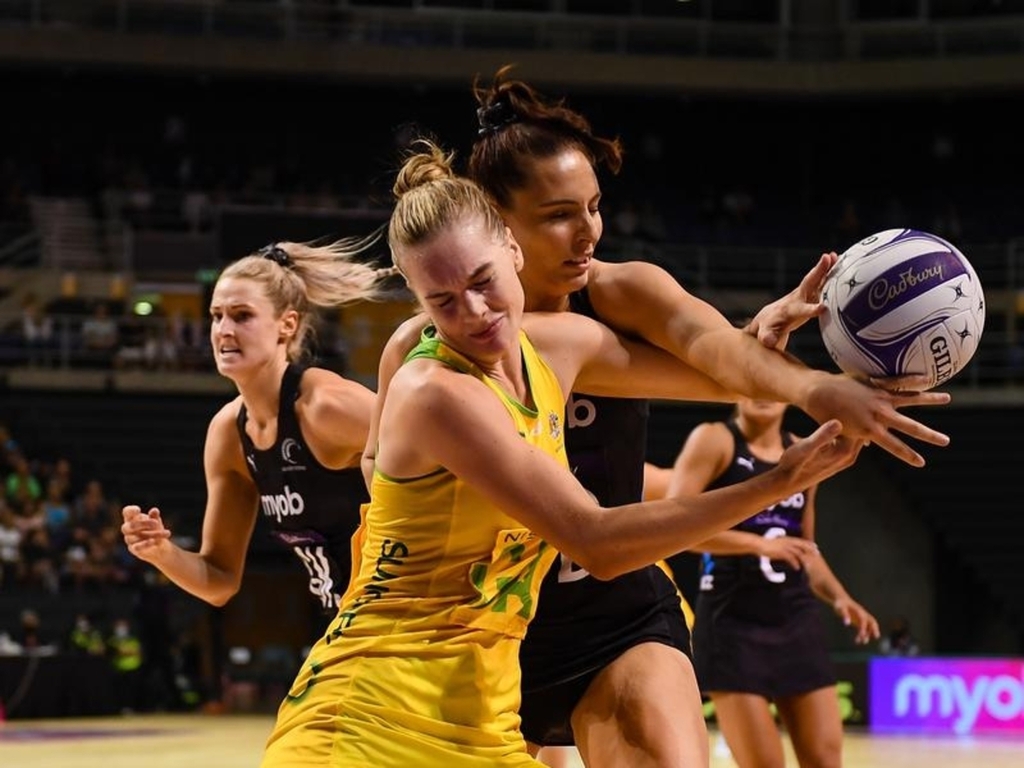 Netball's Constellation Cup series between Australia and New Zealand has been postponed due to coronavirus-related border closures.

Australia's Diamonds were set to host the Silver Ferns in Brisbane and Cairns in October, before travelling to Auckland and Wellington for the final matches.

But the closure of the Trans-Tasman travel bubble amid coronavirus outbreaks has put those plans on hold, although both teams are committed to rescheduling the series.

"We want our netball fans to be able to watch this sport's greatest rivalry and this series forms a crucial part of the Diamonds preparation for the 2022 Commonwealth Games in Birmingham."

New Zealand claimed the Constellation Cup earlier this year in Christchurch, with a 3-1 series win.

Netball Australia is still working through plans to host England's Roses, who are due to travel to Australia after a series against the Silver Ferns in New Zealand.

The Diamonds will assemble when dates and locations for those games are confirmed.

Victorian-based Diamonds are completing 14 days quarantine in Perth, in line with Western Australian government requirements, ahead of the series.

Meanwhile, Collingwood Magpies head coach Nicole Richardson has been appointed Diamonds assistant coach for the series against England and has also travelled to Perth.