Democracy has had few wins in recent years. Not in our own neck of the woods, or in the United States, our political and cultural ally.

For years I’ve worried that the similarities in US political culture and ours risked American democracy arriving here.

The warning signs were everywhere. The nakedly partisan, fact-indifferent political yack provided by shock jocks and the Murdoch press. The adaptive rise of clownish demagogic politicians dancing to their tune, even if it meant moving spin to outright lying and from soft corruption to the harder stuff. The rise of misinformation and the decline of civility on social media platforms, the 21st century’s new but unregulated public square.

But now, this past weekend, a miracle. A reversal — and in some seats a repudiation — of Australia’s downhill slide towards Trumpism. The containment of Clive Palmer’s aspirations to just one Victorian senator in exchange for the almost $100 million he spent during the campaign. The possible demise of Pauline Hanson’s career with the Legalise Cannabis Party still in contention for the last Senate seat in Queensland. The decimation of the moderate wing of the Liberals by teal independents running to contain corruption, save the planet and ensure women are represented and safe.

Australians, it seems, have had enough.

At least, that’s what the victors — the Greens, women’s groups and the few moderates left in the Coalition — are saying. “We spent too much time talking about trans issues. That really damaged our brand,” NSW Liberal Senator Andrew Bragg said. “We have to offer a brand of modern economic and social liberalism to attract those voters back.”

Renee Carr, the force of nature behind Fair Agenda, was more direct: “What we saw with the election results over the weekend was a loud and clear message across the country — ignore women at your peril.”

So is that it? Can we all hit snooze on the democracy-watch button for the next three years and go back to arguing about policy? Sorry to be a downer, but no — we can’t because we’ve been here before. We appeared to survive a neo-conservative wave that brought Ronald Reagan and Margaret Thatcher to power in the early 1980s, only for a conservative landslide to sweep John Howard to power in 1996 and keep him there for more than a decade.

And we can’t, because there have always been, and will always be, authoritarian-leaning voters willing to give their allegiance to demagogues, and demagogues who will raise their hand to lead them.

The inability, or unwillingness, of traditional parties to marginalise such “strongmen” (and racist women) — particularly in the gatekeeper-hungry world of cyberspace — remains one of the most potent threats to liberal democracies, notwithstanding our election result.

Exhibit A is Palmer’s antics on election night when it looked as if none of his candidates would prevail. What did he do? He followed Trump’s playbook by claiming AEC officials cheated by taking ballots to their houses. He even claimed to have video of this theft, though no prizes for guessing that still — four days later — he’s not produced it or any other evidence.

Luckily, trust in the AEC is high, and officials did a good job on social media explaining how what Palmer said had taken place could never have happened, including that they “track and account for every ballot paper in the election with a documented chain of custody” and ensure “rigorous ballot storage and transport arrangements [are] in place”.

But it doesn’t take a genius to know that while this was the first of such juvenile copycat interventions by an Australian version of Trump, it won’t be the last. Or that in a few years and a different political context, such self-serving lies could get more traction. 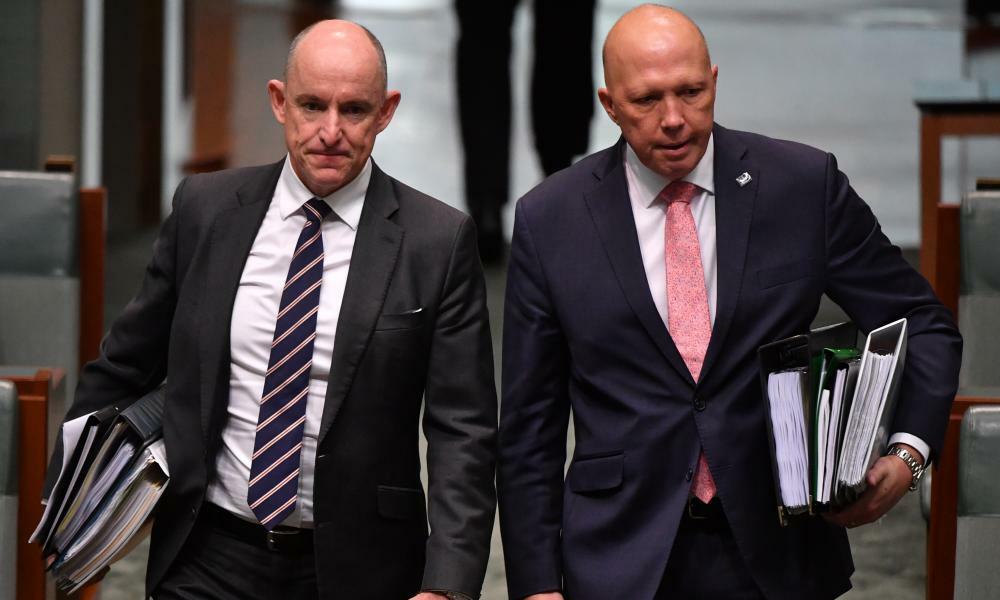 ‘Shattered’ Liberals wrangle over future direction in wake of federal election defeat
Some MPs argue against blocking Labor on climate, integrity and women’s issues as conservatives push to stay on ‘sensible centre…

The Guardian - AU
One subscription that gives you access to news from hundreds of sites
‘Resistance‘: Sky News envisions climate revolt in election reaction

A week after Australia unceremoniously tossed the Coalition onto the Opposition benches, an alternative reality has emerged on Sky News.

The former foreign affairs minister has been overlooked to lead the Libs. A shame. She could have bridged conservatives and…