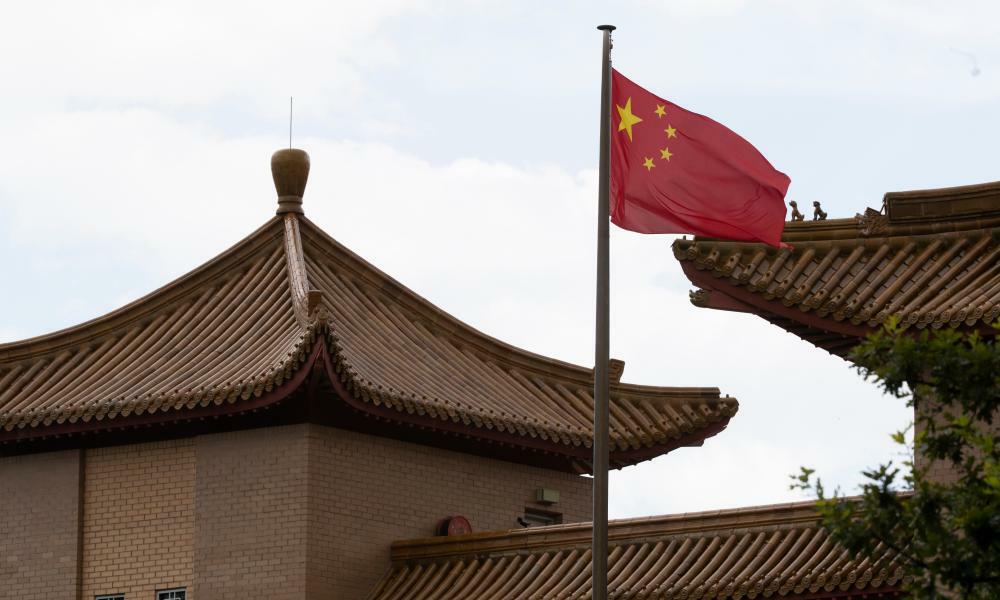 Australia and China have exchanged more than a dozen requests for help with investigations into criminal suspects over the past two years, despite the suspension of a similar treaty specifically with Hong Kong.

Amid a breakdown in the relationship between Australia and China at a political level, the new figures are a sign lower-level officials have been helping each other with criminal cases such as drugs and white-collar crime.

The Australian attorney general’s department revealed the two countries had exchanged a total of 13 requests in the two-year period to 26 May 2021.

“Australia made eight mutual legal assistance requests to China and China made five requests to Australia,” the department said.

The new figures have prompted calls for a rethink of the treaty, with the independent senator Rex Patrick citing concerns over China’s opaque justice system.

“In the context of our normal understanding of human rights, the better position is to make it slightly harder for law enforcement to do their job than to make it easier for a dictatorial regime to potentially persecute somebody in an opaque environment,” Patrick said.

The requests have been exchanged under a treaty for mutual legal assistance that the Howard government and the People’s Republic of China signed in 2006. It requires each side to grant each other “the widest measure of mutual assistance in connection with investigations, prosecutions and proceedings related to criminal matters”.

It is different from an extradition treaty because it does not allow for suspects to be transferred to face court in the other country. The Turnbull government retreated from a proposed extradition treaty with the PRC in 2017 after a rebellion from within Coalition ranks and amid opposition from Labor and the Greens.

Last year the Morrison government suspended an extradition treaty with Hong Kong in protest at Beijing’s clampdown on dissent in the semi-autonomous region. Hong Kong authorities hit back by informing Australia a second treaty – the mutual legal assistance treaty – would also be paused.

Despite the suspension of the Hong Kong-specific agreement, the broader legal assistance treaty between Australia and the PRC remains in effect.

The attorney general’s department has not conducted a formal review of the agreement, but said it “considers it is appropriate for Australia to maintain the treaty”.

In its requests to China, Australia has asked for evidence to be given via video-link, has sought access to banking and other records, and has asked for help obtaining witness interviews or statements.

Australia has also sought “access to material lawfully obtained in China”, according to the department’s response to questions on notice from Senate estimates hearings.

“The types of assistance sought in the Chinese requests made to Australia include registration of proceeds of crime orders, access to records, including bank records, and access to material lawfully obtained in Australia,” the department said.

Guardian Australia asked the attorney general’s department to elaborate on the types of criminal cases involved in these requests.

A spokesperson said mutual legal assistance between Australia and China had “delivered benefits to both countries including in relation to financial offences, drug offences and offences against the person”.

The spokesperson did not specify how many of those requests had been accepted or rejected, saying the department did not confirm such details “as a matter of practice”.

In its responses to the Senate, the department pointed to safeguards in the legal assistance treaty and in Australian law.

Requests for assistance could be refused in “matters such as political offences, torture, dual criminality, death penalty and requests made for the purpose of prosecuting or punishing a person on account of that person’s race, sex, sexual orientation, religion, nationality or political opinions”.

China’s handling of criminal cases has increasingly caused friction with Australia, in addition to tensions over Beijing’s trade actions against Australian exporters. China has objected to a number of Australian policy decisions, including tighter foreign investment screening and the banning of Chinese telco Huawei from the 5G network.

The Australian journalist Cheng Lei has been detained in China for nearly 13 months amid allegations of “supplying state secrets overseas”, but the Australian government has accused Beijing of “a lack of transparency” about the claims.

In a separate case, Australia’s ambassador to China labelled the treatment of Australian citizen Yang Hengjun as “arbitrary detention” when the writer faced a closed-door trial in Beijing in May over espionage charges.

China has blocked leader-level and ministerial-level talks with Australia for more than a year, urging Australia to discard a “cold war mentality” and take some tangible steps to foster a better environment for dialogue.

On Tuesday a senior official at Australia’s Department of Foreign Affairs and Trade said the government would remain “steady” and was “ready” to resume high-level talks without preconditions.

Justin Hayhurst, a deputy secretary and key source of advice to the government on the Indo-Pacific region, said: “When China’s ready, Australia will be ready.”

Hayhurst told the ANU Crawford Leadership Forum: “Slowly we have to work through these challenges and I think the government of Australia, as you’ve seen, isn’t going to lurch from one policy position to the other.”

It follows comments by the treasurer, Josh Frydenberg, on Monday that China was increasingly “willing to use its economic weight as a source of political pressure” but the overall economic impact of the trade actions against Australia was surprisingly low.