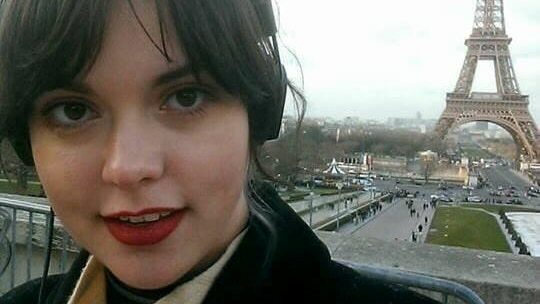 An Australian woman who was shot during the 2015 Paris attacks says closure may not be achievable for victims as the trial of 20 accused men began on Wednesday in the French capital.

The trial, the largest in French criminal history, will feature around 1,800 survivors and family members of victims of the attacks that left 130 people dead and nearly 500 more wounded.

The main suspect of the attack, Brussels-born Salah Abdeslam, appeared in a new 550-seat court in Paris's Palais de Justice on Wednesday.

The 31-year-old, dressed in black and wearing a black facemask, told the court he had left his job to "become an Islamic State soldier".

Abdeslam is alleged to be the only surviving member of the death squad of nine men that launched a shooting and bombing attack on a series of bars and restaurants around Paris, as well as the Bataclan theatre and Stade de France stadium, on November 13, 2015.

Islamic State had claimed responsibility for the attacks, urging followers to attack France over its involvement in the fight against the militant group in Iraq and Syria.

While the other defendants, who are accused of providing guns, cars or helping plan the attacks, simply answered routine questions about their name and profession and otherwise remained quiet, Abdeslam made a defiant statement.

Asked by the court's top judge to give his name, Abdeslam used the Shahada, an Islamic oath, saying: "I want to testify that there is no god except Allah and that Mohammad is his servant."

He later shouted at the court's top judge for two minutes, saying the defendants had been treated "like dogs", BFM television reported, adding that someone in the public section of the court, where victims and victims' relatives sit, shouted back: "You bastard, 130 people were killed."

Police and security services had ramped up security around the courthouse and throughout Paris for the beginning of the trial, while all defendants appeared behind a reinforced glass partition in a purpose-built courtroom.

'They were taking specific targeted shots at people'

When the shooting started, she thought someone had set off fireworks.

It was not until she saw the band run off the stage that she realised what was really going on – three men wearing explosive vests and carrying assault rifles had burst into the theatre and began shooting into the crowd.

She and others around her immediately dropped to the ground.

"We were all lying on the ground so people were afraid to stand up, as that would draw attention to us, and I know now as well that the attackers weren't firing at random into the audience, they were taking specific targeted shots at people," she told the ABC.

When someone in the crowd shouted out that the attackers were reloading and it was time to make an escape, there was a rush from the survivors to the front of the theatres where emergency exit doors were.

"While I was trying to climb over the barrier between the audience and the stage, I was shot, I was very lucky in that I was only shot through soft tissue, and I have no lasting physical effects from that, except for a really big scar," Ms Parkinson said.

"So, with a group of maybe 50 other people, ran into a nearby apartment building where we waited for the next two hours until emergency services came and rescued us."

Opening up to process trauma

In the months following the attack, Ms Parkinson, who now resides in Melbourne, was badly affected by post-traumatic stress from the incident, and she continues to take medication to this day.

She has kept in touch with her group of friends who were also present and impacted by the attack and opening up to them has allowed her to process and progress through her trauma.

"I tried for a year to get through it alone, and it just didn't work," she said.

"I don't have to let that define me, it's not the sum total of who I am, but it is something that I think about and then impacts me every day."

She says she still can be triggered by auditory stimuli – like fireworks or cars backfiring – but forced herself to go to as many concerts as possible after the attack so she could continue to enjoy live music.

"That is how I feel now, which is really nice and it's something that I'm really proud of myself for being able to put the work in to get back to a place where I have joy in that experience rather than anxiety."

'I don't think that closure is a realistic goal'

Now 25, Ms Parkinson said she had not been following news of the trial closely, and that she feels she cannot directly have an impact on the suspects on trial.

"The thing that I hope for the most, really, is that they listen to our stories, and maybe gain some insight to the profound impact that they've had on so many people's lives who were present," she said.

"Really, the impact that they had as well on French society, and the way that the whole nation was impacted."

Hundreds of victims will give testimony over the coming months – including former French President Francois Hollande – who was in the crowd at the Stade de France where part of of the attacks played out.

The trial is set to last at least nine months, but for her, closure is not something she ever thinks she will experience.

"I don't think that anything that these men can do or have done to their will negate what they have done to me and to other people who were present that night and who were affected."