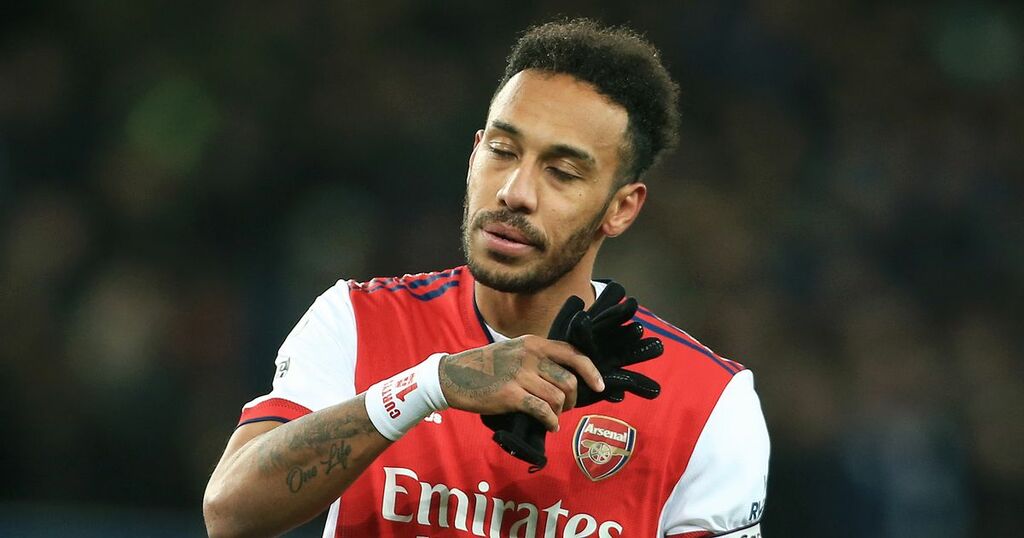 It's something that no fan wanted to be a reality, but it's not far-fetched to say that Pierre Emerick Aubameyang has probably played his last game in an Arsenal shirt.

The star striker was stripped of the captaincy last month after his "latest disciplinary breach", with Arteta speaking out on him failing to meet the standards set by the club.

Aubameyang's reported misdemeanours were not first-time occurrences, and Arteta was not afraid to make the big decisions - exiling him from the squad while being open to offers in the January market

One team who have been strongly touted, Barcelona, are believed to be interested in taking the striker on loan - in the wake of Sergio Aguero’s forced retirement.

However, in what might be the worst kept secret in football, the Catalan giants are currently dealing with financial difficulties themselves.

After recently signing Ferran Torres for Manchester City, manager Xavi revealed that they currently cannot register him as a player - needing to free up space with Barcelona over the salary cap - as well as being in debt of over £1 billion following years of over-spending.

One move which will have helped them recently, was getting rid of high-earner Philippe Coutinho.

The Brazilian was the club's most expensive signing of all-time when they brought him in from Liverpool for £140 million - a move that they'll wish they hadn't completed, as he'd make just 76 league appearances and was routinely used as a substitute, failing to show his Premier League class while in Spain.

Aston Villa are said to have taken on the majority of Coutinho's wage salary, freeing up some space for Barca to continue to make moves this month.

This could lead to them turning their attention to Aubameyang.

However, Barca are also said to be eyeing a move for another former Arsenal star - Alexis Sanchez.

The Catalan giants seemingly have room for one more player, and will look to add a striker to replace Aguero.

Arsenal manager Mikel Arteta was noticeably coy when asked about Aubameyang's long-term future at the club last month as he refused to rule out a January exit.

He said: "What I can tell you now is to make the decision that we made is because he was really hurting, and it is still like this and he needs a bit of time to heal. So for now, he is not involved in the squad.

"Since I have been here, [my relationship with Aubameyang has been] really, really good. That is why it is painful."

However, Barcelona's director Mateu Alemany has revealed that the club still have some work to do before they can even consider bringing in any more players.

He said: “We can’t register Ferrán Torres yet, Philippe Coutinho loan to Aston Villa is not enough."