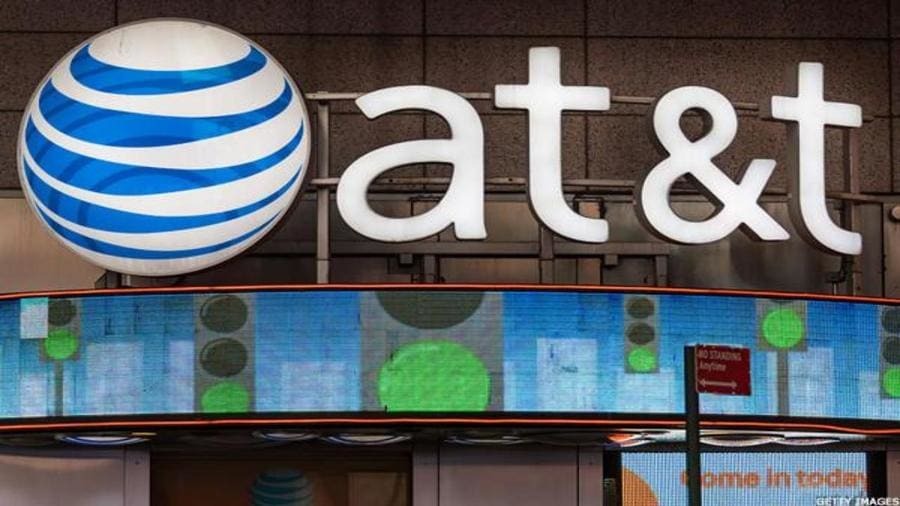 The shares are also trading 'ex-dividend' ahead of cash payout of 52 cents per share expected on November 1.

Reuters reported Wednesday that AT&T has been a 'crucial source' of funding for the upstart network, which has won praise from President Donald Trump, citing court records that show 90% of its revenues came from a contract television platforms, such as DirecTV, that are owned by AT&T.

Reuters also reported the sworn testimony of a former OAN accountant, who said the value of the network "would be zero" but for the deal with A&T, while founder and CEO Robert Herring has testified in a 2109 lawsuit that the idea to start the network came from a meeting with AT&T executives in 2013.

AT&T's WarnerMedia division, which it plans to merge with Discovery  (DISCA Get Discovery, Inc. Class A Report in a $43 billion deal that will close next year, includes the center left news media channel CNN.

OAN, whose website averages around 8 million viewers per month, has been accused of spreading conspiracy theories about the 2020 election, COVID 19 and the January 6 Capitol riots.

AT&T spokesman Jim Greer told Reuters that the group has "always sought to provide a wide variety of content and programming that would be of interest to customers, and do not dictate or control programming on channels we carry”, with the company later adding that it has “never had a financial interest in OAN's success and does not 'fund' OAN.”

AT&T shares were marked 1.5% lower in pre-market trading Thursday to indicate an opening bell price of $26.90 each.

AT&T boosted its full-year revenue forecast in July after posting stronger-than-expected second-quarter earnings of 89 cents per share on sales of $44 billion.

AT&T said it added 2.8 million U.S. subscribers to its HBO Max streaming service, an expects its global base to rise to between 70 million and 73 million by the end of the year, as it continues to challenge its larger rival Netflix NFLX for new additions.

Looking into the second half of the year, AT&T said it sees consolidated revenues rising by between 2% and 3% from 2020, up from its earlier forecast of 1%, with adjusted earnings rising in the "low to mid-single digits".