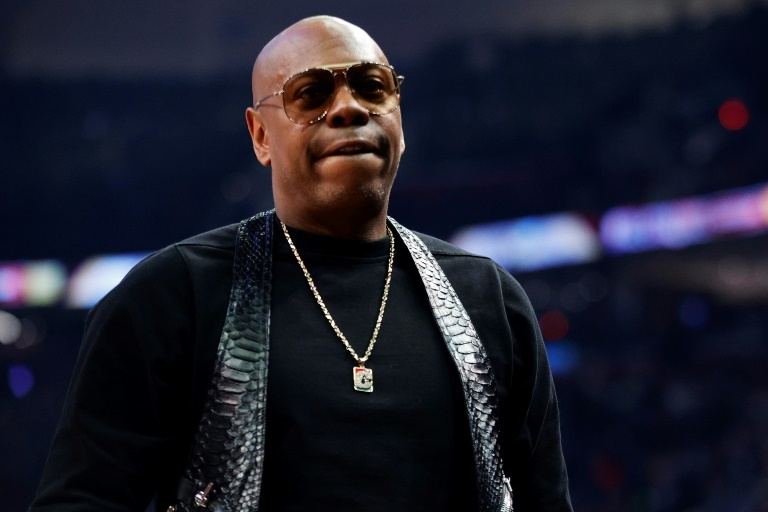 Comedian was rushed on stage by man with ‘deadly weapon’

Chappelle was attacked on stage during comedy show

The Independent UK
One subscription that gives you access to news from hundreds of sites
Dave Chappelle attacked on stage during Hollywood Bowl show, suspect arrested

The LAPD early Wednesday said the attacker was carrying a fake gun with a real knife blade inside it.

Asharq Al-Awsat
From analysis to good news, read the world’s best news in one place
Moon Knight writer explains why Mister Fantastic should be "a badass" in the MCU

Comedian Dave Chappelle on Thursday talked about meeting with his alleged attacker and shared what he believes is the man’s motive for tackling him onstage Tuesday at the Hollywood Bowl.

The firebrand comic performed a secret show at the Comedy Store on Thursday night, The Times has confirmed. He reportedly riffed on the attack during the set, which was attended by Kim Kardashian, Sean “Diddy” Combs, rapper Yasiin Bey, comedian Jeff Ross and disgraced comic Louis C.K.

Chappelle told the 70-seat Belly Room crowd that he persuaded security at the venue to let him speak with the alleged assailant, 23-year-old Isaiah Lee, in the room where he was being held, according to the Hollywood Reporter.

“I needed to talk to him,” said “The Closer” star. Chappelle asked Lee, who he said appeared to be mentally ill, what prompted the attack and said that Lee shared a story about his grandmother from Brooklyn, who had been forced out of her neighborhood by gentrification, THR said. The attack apparently was meant to draw attention to her plight, Chappelle said.

An official motive for the attack has been unclear. A spokesperson for the Los Angeles Police Department did not comment Friday on whether a meeting between Chappelle and Lee took place. Nor was the alleged meeting between them referenced in internal police records reviewed by The Times.

On Wednesday, police released photos of a replica gun with a knife that Lee allegedly had in a bag during Tuesday night’s incident. Lee is currently facing four misdemeanor charges, including one count each of battery, possession of a weapon with intent to assault, unauthorized access to the stage area during a performance, and commission of an act that delays the event or interferes with the performer, according to court documents. He is being held on $30,000 bail.

Chappelle, the Bowl and others involved in the show could face a civil suit over the attack “for their lapse of security,” a legal analyst told KTLA.

But the “Chappelle’s Show” star has continued to make light of the situation — joking about it onstage in the immediate aftermath of the attack, at the show’s after-party and at the Comedy Store on Thursday. Still, the incident has renewed concerns about performer safety as well as event security.

But Chappelle has also made good on his promise not to let the attack overshadow his historic run at the Bowl during the Netflix Is a Joke comedy festival. At the Comedy Store, he was again joined by comedian Chris Rock, who performed with him at the fest, and they riffed about their dual onstage attacks. Rock, until now, has been relatively taciturn about being slapped by Will Smith at the Academy Awards in March, declining to get into the infamous moment while touring.

This week, however, and in the company of Chappelle, he repeatedly quipped about it.

“At least you got smacked by someone of repute!” Chappelle said Thursday, referring to the “Fresh Prince of Bel-Air” star. “I got smacked by a homeless guy with leaves in his hair.”

In response, Rock cracked: “I got smacked by the softest n— that ever rapped.”

Representatives for the Comedy Store and Chappelle did not immediately comment on Friday.

Comedian was rushed on stage by man with ‘deadly weapon’

Chappelle was attacked on stage during comedy show

The Independent UK
One subscription that gives you access to news from hundreds of sites
Dave Chappelle attacked on stage during Hollywood Bowl show, suspect arrested

The LAPD early Wednesday said the attacker was carrying a fake gun with a real knife blade inside it.